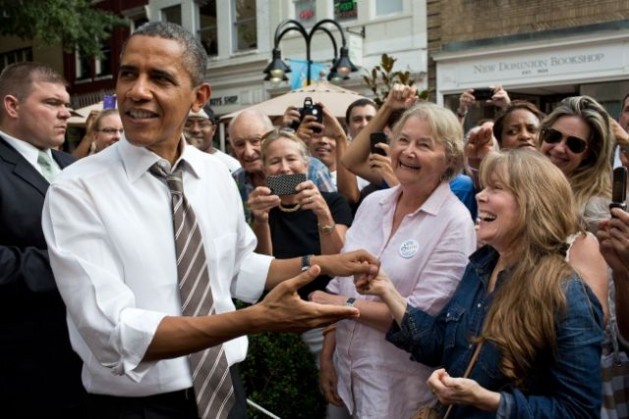 WASHINGTON, Sep 8 2012 (IPS) - With their respective party nomination conventions behind them, both President Barack Obama and his Republican challenger, former Massachusetts governor Mitt Romney travelled to the tiny northeastern state of New Hampshire Friday, one of at most a dozen “swing” states whose voters are likely to decide the winner in the Nov. 6 election.

Despite persistent high levels of unemployment and some 60 percent of the electorate telling pollsters that the country is headed “in the wrong direction”, most political analysts believe that Obama enters the final 60 days of the race with a leg up over his challenger.

The latest Gallup poll, released just hours after Obama’s acceptance speech Thursday night at the Democratic convention in Charlotte, North Carolina – another key swing state – showed Obama with a 48-45 percent lead over Romney and with a 52-percent overall job approval rating, his highest since June 2011, when he was still basking in the afterglow of the successful U.S. commando raid that killed Al-Qaeda’s chief, Osama bin Laden – an event to which many speakers referred repeatedly during the proceedings.

Gallup suggested in its analysis that Obama appeared likely to benefit from a bigger post-convention “bounce” in the polls than Romney received after the Republican convention in Tampa, Florida, the week before. Indeed, Romney’s “bounce” coming off the convention was virtually non-existent, according to the polls.

Because the president is not elected by the popular vote, however, both political experts and the two campaigns are focused much more on the swing states – those that are considered neither solidly Republican (red) nor Democratic (blue) – that will decide outcome.

Instead of a direct popular vote, the president and vice president are actually elected by an “electoral college” in which each state is allocated a certain number of votes based on their representation in the U.S. Congress.

Almost all states use a “winner-take-all” formula in which whatever candidate wins a majority of the state’s vote receives all of that state’s electoral votes. To win, a candidate must receive a total of at least 271 electoral votes in the electoral college.

Thus, the country’s most populous state, California, has 55 electoral votes all of which will, as appears virtually certain given California’s strongly Democratic electorate, be cast in Obama’s favour. The second-most populous state, Texas, has 38 electoral votes all of which, given the state’s strongly Republican cast, will almost certainly go to Romney.

According to most political analysts, including Republicans, Obama enjoys a significant advantage in the electoral contest.

Current polling shows Romney and his running-mate, Wisconsin Rep. Joe Ryan, with a decisive lead in more states, especially in the Midwest and the Southeast, than Obama and Vice President Joe Biden. But the combined electoral votes of those solidly Republican states come to less than those – including California, New York, New Jersey, Illinois, and Washington State – where the Democratic ticket is considered sure to win.

Different analysts disagree on precisely what constitutes a decisive lead. CNN, for example, currently estimates 237 electoral votes are either solidly in or leaning strongly toward Obama’s column, compared to 191 in Romney’s. Estimates by the Congressional Quarterly a week ago yielded a closer result – 201-191.

If the leaning states fell into their respective columns, Obama would lead Romney by a 247-206 margin and put him within relatively easy striking distance of the magic 271 electoral votes needed to win.

The fact that Obama swept all seven of the remaining toss-up states in 2008 is seen here as making Romney’s task considerably more difficult, particularly given the growing voting strength of Latinos – whose appeals for immigration reform were soundly rebuffed at the Republican convention – in Nevada and Colorado – and concerns among the substantial numbers of retired and elderly voters in Florida about what the Republicans intend to do about the Social Security and Medicare programmes.

In addition, the commitment of former President Bill Clinton – the only living national politician with a 70-percent approval rating whose rousing nomination speech for Obama Thursday fired up the convention in Charlotte and drew rave reviews from all but the most right-wing commentators – to play an active role in the campaign, especially in the industrial swing states, could help shore up support for Obama among white male – especially blue-collar — voters who, of all demographic groups, are seen as most susceptible to Romney’s appeals.

Indeed, those who are actually betting money on the race give Obama much better odder than the polls would suggest. As of Friday, Intrade, the main U.S. on-line betting site, is giving Obama a 59-percent chance of winning, up from a mid-June low of around 54 percent.

The New York Times’ polling guru, Nate Silver, who pays closest attention to state polling, rates Obama’s chances of winning even higher. While Obama will win 51.3 percent of the popular vote Nov 6, Silver estimated Friday, the electoral margin is likely be 313-225 margin. Based on his statistical methods, Silver, the accuracy of whose predictions in the 2008 election persuaded the Times to hire him, is currently estimating Obama’s chances of winning at 77.3 percent.

Of course, all of these predictions could still be upset by a number of intervening factors, such as a sharp rise in unemployment, which is still running at more than eight percent, or a major international crisis, although Obama appears far more eager to inject foreign-policy issues into the campaign than Romney whose failure to praise the U.S. military in his nomination acceptance speech in Tampa was widely criticised, even by fellow-Republicans.

Given the overriding public concern about the direction of the economy and the fate of the middle class four years after the outbreak of the global financial crisis, most other issues, except health care, are likely to be pushed to the margins.