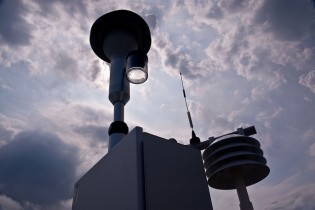 By Carey L. Biron
Despite a bitterly and closely fought presidential campaign fuelled by record financial backing, analysts sifting through Tuesday’s national election results here are forecasting a period of introspection for the opposition Republican Party that could ease the gridlock that has gummed up Washington politics in recent years.

By Jim Lobe
U.S. President Barack Obama won a second term Tuesday night with a majority of the electoral vote. He appeared assured of surpassing his Republican challenger, Governor Mitt Romney, in the national popular vote once the solidly Democratic West Coast states had weighed in.

By Carey L. Biron
Just over a week before the United States votes in a highly anticipated and historically tight presidential election, a new poll released Monday finds that interest by Latino voters has strengthened significantly over the past two months, and that turnout among Hispanics could be higher than the records set in 2008.

By Jim Lobe
With Barack Obama and Mitt Romney virtually tied with Election Day less than two weeks away, Muslim voters could play an unexpected critical role in deciding the outcome Nov. 6.

By Jim Lobe
U.S. strategy in the Greater Middle East, which has dominated foreign policy-making since the 9/11 attacks more than 11 years ago, similarly dominated the third and last debate between President Barack Obama and Governor Mitt Romney Monday night.

By Becky Bergdahl
The United States endured its hottest summer in history this year, with droughts and wildfires ravaging the country. And according to a new report from the global reinsurance giant Munich Re, insurance losses related to extreme weather have nearly quadrupled in the U.S. since 1980.

By Jim Lobe
On the eve of Monday’s foreign policy debate between President Barack Obama and Republican challenger Mitt Romney, the electorate appears increasingly disillusioned with the so-called Arab Spring, according to a new survey released by the Pew Research Center here.

By Sarah McHaney
The attacks on U.S. embassies in Libya and Egypt last month shocked and scared Americans, but the majority of Americans nevertheless recognise that the violence was the work of extremist minorities and not the majority of the population, according to a new poll.

By Carey L. Biron
With just six weeks left before the U.S. presidential polls, analysts on Tuesday suggested that recent demographic changes in the United States, particularly through immigration, have made it more difficult than ever for a Republican candidate to vie for president.

By Jim Lobe
Tuesday’s attacks by alleged radical Islamists on key U.S. diplomatic posts in Libya and Egypt propelled foreign policy, however briefly, to the centre of the presidential race that has been dominated to date by the state of the economy.

By Jim Lobe
With their respective party nomination conventions behind them, both President Barack Obama and his Republican challenger, former Massachusetts governor Mitt Romney travelled to the tiny northeastern state of New Hampshire Friday, one of at most a dozen “swing” states whose voters are likely to decide the winner in the Nov. 6 election.

By Mitchell Plitnick
The ambitions of a unilateral Israeli strike on Iran, as harboured by Israeli Prime Minister Benjamin Netanyahu and Defence Minister Ehud Barak, have been defeated by internal opposition, a growing number of observers have come to believe in the wake of dramatic opposing statements by prominent Israeli leaders, including President Shimon Peres.

By Carey L. Biron
With less than three months to go before the U.S. presidential election, over the weekend Barack Obama’s Republican challenger for the presidency, Mitt Romney, finally announced his vice-presidential running mate, a young member of Congress named Paul Ryan.