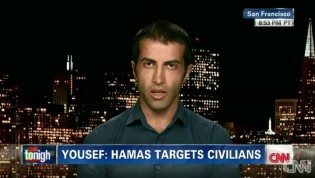 By Mitchell Plitnick
The announcement this week of a new Palestinian unity government was greeted with cautious optimism by most of the world, outside of Israel. In the United States, however, it set off political rumblings that threaten to swell into a storm.

By Mitchell Plitnick
Israeli and Palestinian negotiators returned to the negotiating table on Thursday, ready to put claims by the United States that it will engage more forcefully in the negotiating process to the test. The talks, which paused for the meetings of the United Nations General Assembly, have been struggling amidst Palestinian complaints of Israeli foot-dragging and the lack of U.S. participation.

By Mitchell Plitnick
The Oslo peace process has failed and Europe must take stronger leadership in the Middle East, according to a distinguished group of former European leaders that is pushing for a stronger and more independent European stance on the Israeli occupation.

By Mitchell Plitnick
Despite repeated pledges of his determination and enthusiasm for resolving the long-stalled Israeli-Palestinian impasse, U.S. Secretary of State John Kerry’s recent trip to the region has provoked more scepticism than hope among observers in Washington.

By Mitchell Plitnick
With Barack Obama set to travel on his first trip to Israel as president, expectations for a major breakthrough on the long-stalled Israeli-Palestinian “peace process” are low to nonexistent.

By Mitchell Plitnick
The optimism expressed by U.S. President Barack Obama and newly confirmed Secretary of State John Kerry about restarting the peace process between Israel and the Palestinians has been met with scepticism from many seasoned Middle East experts.

By Mitchell Plitnick and Jim Lobe
Amidst reports of an Egyptian-mediated ceasefire between Israel and Hamas, U.S. President Barack Obama sent Secretary of State Hillary Clinton to the region Tuesday in apparent hopes of gaining some credit for sealing the deal.
Next Page »
ADVERTISEMENT ADVERTISEMENT