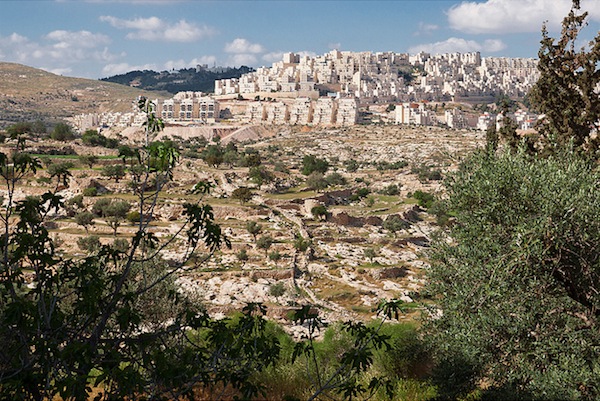 WASHINGTON, Aug 28 2013 (IPS) - Israel and its domestic U.S. lobby are already in the early stages of the next 10-year aid package, which would not go into effect until 2017 and will be the first since Congress passed the Naval Vessel Transfer Act of 2008, which requires in part that U.S. military aid to Israel ensure that Israel maintains its “Qualitative Military Edge” (QME) over any combination of states and non-state actors.

QME has long been an understood negotiating principle between the United States and Israel, but now that it has been made law, the president is required to report to Congress every four years on Israel’s QME.

That requirement could be an important tool in the lobbying effort around renewing U.S. military aid to Israel, for while that aid is as certain as anything can be in Washington, increasing it currently faces some new obstacles.

“We’re looking at a holistic Mideastern picture, which includes growth of missile arsenals in Lebanon and Gaza,” Michael Oren, the outgoing Israeli Ambassador to the United States, told Defense News. He also pointed to the situations in the Sinai and Syria.

Israel does not oppose U.S. arms sales to “moderate” Arab states but insists that these sales be offset by higher quality sales to Israel. “If America doesn’t sell these weapons, others will,” Oren said. “We also understand the fact that each of these sales contributes to hundreds or thousands of American jobs. And we have an interest in a strong and vital American economy.”

Yet the fact that the U.S. economy remains depressed and its recovery slow has already affected aid to Israel. The sequester, or mandatory budget cuts effective earlier this year, sparked debate within pro-Israel lobbying groups about whether to push for Israel’s aid package to be exempted from the cuts.

The debate highlighted the concern American pro-Israel groups feel about balancing their mission to advocate for a foreign country while not wishing to appear more concerned for that country than their own.

Historically, aid to Israel has continued apace during difficult economic times in the United States. But this time, other factors could raise some eyebrows.

The 2008 law, for instance, makes no mention of Israel’s own responsibility to ensure its QME. Rather, it places the onus on the United States to balance arms sales to meet Israel’s needs and uphold Israel’s QME.

Israel cut its defence budget in 2013, and the reduction of over 820 million dollars, which is more than 25 percent of the annual aid it currently receives, might raise the question of how Israel can request increased aid while reducing its own budget.

That question is bolstered by the fact that an Organisation for Economic Cooperation and Development (OECD) report issued in May projected 3.9 percent growth in Israeli gross domestic product (GDP) for 2013 and 3.4 percent for 2014. The average for OECD countries for those two years is 1.2 percent and 2.3 percent, respectively.

As Oren indicated, as the United States moves from one financial crisis to another, these conditions could present political problems for lobbyists pushing for more aid. The fact that Israel’s QME is now mandated by law, however, bolsters those lobbyists’ efforts. They no longer have to argue whether the United States should commit additional resources to assure the QME, because the law now demands it.

The cuts in defence while Israel’s GDP rises are not the only contradiction Israel needs to overcome in making its case for increased aid. There is also the spectre of settlements in the West Bank.

For years the United States has largely turned a blind eye to ongoing settlement construction in the West Bank, merely criticising them as “obstacles to peace” but taking little action to press Israel to stop their spread.

Secretary of State John Kerry is currently trying to manage ongoing construction, which had been the sticking point preventing the Palestinian Authority from engaging in renewed peace talks, against Palestinian concerns that the spread of settlements moots the peace process.

But the settlements raise another question in the context of the aid request. If the United States objects to settlements and sees them as hurting peace prospects, should it not expect Israel to prioritise its own defence spending, which, given the circumstances Oren described, would seem to be more imperative, over spending on settlements?

The cost of settlements is unclear. In 2005, the Israeli government commissioned an investigation into government funding of so-called “illegal outposts”, settlements established without government authorisation.

The report produced from that investigation concluded that from 2000-2004, the Israeli Ministry of Construction and Housing officially spent around 20 million dollars on these unauthorised outposts.

The report’s author, Talia Sasson, bemoaned the impossibility of obtaining complete information and suggested that “the actual sum considerably exceeds the one mentioned,” given that “the sum also does not include money the Ministry of Construction and Housing paid for infrastructure, public buildings and planning in unauthorised” outposts.

According to Israel’s Central Bureau of Statistics, in 2011, official spending on Israeli-authorised settlements increased by 38 percent over the previous year, reaching well over 400 million dollars.

That sort of increase in the face of a request for additional aid gives advocates for peace a potentially useful tool, according to Stephen Walt, professor of international affairs at the Kennedy School of Government at Harvard University.

“Israel’s demand for a 10-year guarantee gives Obama and Kerry a useful bit of leverage, if they have the political will to use it,” Walt told IPS. “They should make it clear that Israel will get this guarantee if and only if it ends settlement expansion and agrees to the creation of a viable Palestinian state.”

“This is useful leverage because Israel wants the extra aid but doesn’t really need it,” Walt added. “It would retain its military edge for many years even if the U.S. stopped sending any aid at all.  So Obama and Kerry could use this pressure without actually endangering Israel’s security; indeed, by pushing Israel to end the occupation, they would in fact be enhancing it.”

The American-Israel Public Affairs Committee (AIPAC) was originally established to promote U.S. aid to Israel, a purpose that remains at the heart of its advocacy.

Congress, where AIPAC’s influence is by far the strongest, must ultimately decide whether the president is fulfilling the commitment in the 2008 law to ensure Israel’s QME. That law is likely to play a crucial role in overcoming what appear to be more barriers to increased aid than AIPAC is accustomed to.