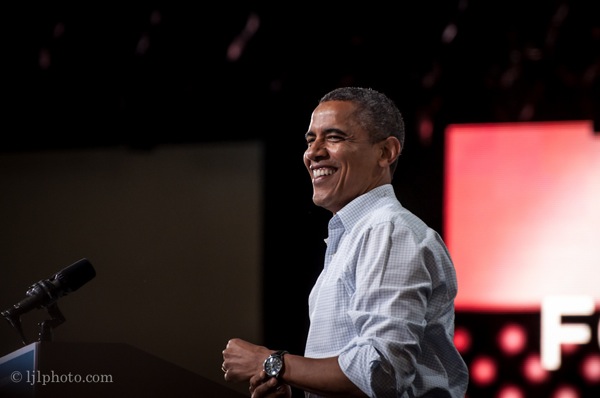 WASHINGTON, Nov 7 2012 (IPS) - U.S. President Barack Obama won a second term Tuesday night with a majority of the electoral vote. He appeared assured of surpassing his Republican challenger, Governor Mitt Romney, in the national popular vote once the solidly Democratic West Coast states had weighed in.

While votes were still being counted in much of the country, all of the major television and cable networks called the race on the basis of the running vote count, exit polls and statistical projections based on past voting records in counties across the country.

In the Congressional races, the Democrats appear to have picked up one or two seats in the Senate, increasing their narrow majority. The House of Representatives, on the other hand, is likely to emerge more or less unchanged with a relatively firm Republican majority.

As a result, the balance of power between the two parties will not be seriously affected, although some commentators noted that the defeat of at least two key Republican Senate candidates identified with the far-right Tea Party could push the Republicans toward the centre in much the same way that Romney himself pivoted to the middle during the general election campaign after catering to the party’s right-wing core in the primary campaign.

Romney conceded the election in a phone call to Obama shortly before 1 a.m. Eastern Time and then spoke to his supporters in Boston in which he called for unity. Obama was expected to appear shortly afterward.

As expected, Romney swept the almost all of the southern states, although two of the region’s three critical “swing states” – Virginia and Florida – leaned towards Obama. Romney also took all of the mid-western farm states, with the exception of Iowa, one of nine swing states nationwide where the president won by a clear margin. Romney also won in all of the Rocky Mountain states except New Mexico, Nevada, and Colorado.

Obama, on the other hand, swept the Northeast – including traditionally Republican New Hampshire, another swing state – and the industrial states of the mid-Atlantic and the upper Midwestern states from Minnesota to Maine and Maryland, including what was considered the most important swing state of all, Ohio.

Most analysts credited Obama’s victory in Ohio to his campaign’s incessant attacks on Romney’s opposition to the “bailout” of automobile companies after the 2008 financial crisis. One of every eight jobs in Ohio depends on the auto industry.

Obama also swept the West Coast states, including California, the country’s most populous state by far. With the exception of North Carolina, Obama appeared by shortly after midnight to have won all of the so-called swing states.

Remarkably, the Republicans failed to carry either Massachusetts, Romney’s home state, or Wisconsin, the home state of his vice-presidential running-mate, Representative Paul Ryan. Indeed, while Ryan served to solidify the support of the party’s right-wing base, his radically anti-government economic views and strong opposition to abortion probably backfired, particularly among women voters.

Early exit polls indicate that a greater majority (55 percent) of women voted for Obama than they did in 2008, confirming a serious gender gap that has bedeviled Republicans for well over a decade.

But if the women’s vote made a big difference in states where the vote was close, minority voters – especially African Americans and Latinos – were even more important. Consistent with the Obama’s so-called ground game, turnout for both groups may have reached unprecedented highs, according to early reports.

Obama reportedly received 75 percent of the Latino vote. As many as 25 percent more Latinos voted this year than four years ago, and Latino organisations claimed that the results should send immigration reform to the top of Obama’s and Congress’s legislative agenda next year.

“The Democrats want it and the Republicans now need it,” agreed David Gergen, a CNN analyst who served as a top political adviser to former presidents Ronald Reagan, George H.W. Bush, and Bill Clinton.

While Latinos may have cast critical votes in the Southwest and mid-Atlantic states, African-Americans helped move the northern industrial states, especially in the so-called Rust Belt, solidly into Obama’s column. Exit polls indicated that Obama won at least 95 percent of the African-American vote.

Although Jewish voters make up only about 2.5 percent of the total, their disproportionately greater numbers in the swing states of Florida, Virginia and Ohio were considered critical to both parties, which went to great lengths to court them.

According to exit polls, 70 percent of Jewish voters opted for Obama – down only four percent in 2008 despite Romney’s repeated complaints that Obama had “thrown Israel under the bus” and a six-million-dollar ad campaign funded by multi-billionaire Sheldon Adelson aimed at persuading Jews to vote Republican.

To the surprise of many observers who believed that the intensity of support for Obama among the youth had declined markedly compared to 2008, younger voters (aged 18 to 29) increased their turnout from 18 percent to 19 percent in this election. They voted for Obama by a 60-36 percent margin.

A number of issues were also on state ballots this election. Majorities of voters in several states approved the legalisation of gay marriage, the first time voters – as opposed to the courts – have done so.