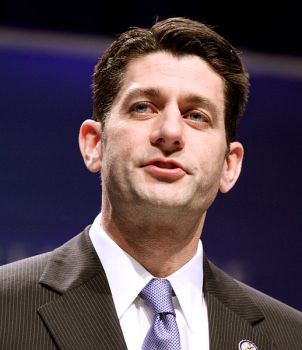 At the announcement, on Saturday, Ryan promised that he and Romney wouldn’t “duck the tough issues”, but some have since pointed out that the Republican ticket is now characterised by a notable lack of foreign policy experience. Romney made his mark as a financier and one-term governor, while Ryan is a congressman known for his hawkish views on domestic fiscal constraint.

“This makes this year’s GOP ticket something fairly unprecedented in modern presidential politics: a pair in which neither the (vice-presidential) nor the presidential nominee has any substantial foreign policy experience on their resume,” associate editor Joshua Keating wrote on ForeignPolicy.com following the Ryan announcement.

The move comes just weeks after Romney made his international debut as presidential contender, in a three-country trip beset by missteps and widely derided as amateurish.

“Whatever impact the pick has on Romney’s campaign, one thing is clear: the GOP ticket is not running on foreign policy this year,” Keating notes.

The decision to downplay foreign policy may eventually prove to be politically savvy, given a recent national poll that found that just four percent of U.S. citizens considered the issue to be of particular importance in the upcoming election. Yet it leaves unattended a significant hole in the national and international understanding of how this potential commander in chief would act in office.

Throughout the first half of this year, Romney fought a long and brutal battle to win the Republican nomination, which is set to become official at the party’s convention later this month.

Yet despite being the only remaining contender for the position, Romney had failed to excite broad swaths of the Republican Party, including both its intellectual elite and its socially and fiscally conservative grassroots.

While the latter remained suspicious of the candidate’s adherence to conservative values, the former became increasingly vocal over Romney’s failure to detail his vision for a United States under his presidency.

The choice of Ryan, a 42-year-old, seven-term member of the U.S. House of Representatives, appears aimed at cooling both concerns.

Not only is Ryan a beloved figure among members of the conservative so-called Tea Party movement – which has gained particularly strength in recent years around calls to massively cut back on the size of the U.S. government and its debt – but he is most well known for being an ideologue on fiscal issues.

The choice of Ryan as a running mate has now received glowing praise from notable Republican corners, including the Foreign Policy Initiative and the American Enterprise Institute, both prominent neoconservative think tanks here.

Currently, Ryan chairs the House Budget Committee, a position from which he played a significant part in fashioning what are today seen as his signature legislative proposals, the Republican Party’s budget proposals for 2012 and 2013. These are most well known for moving to severely cut and partially privatise some of the United States’ most important health-related social safety nets, aimed at slicing away some 5.3 trillion dollars of spending over a decade.

While he was president, George W. Bush is reported to have called Ryan’s proposals too extreme, in part for the latter’s suggestion that the U.S. move towards privatising social security. More recently, Barack Obama has likened the Ryan plan to “thinly veiled social Darwinism” that would create a fight between rich and poor.

For many political pundits, the vice-presidential pick now inevitably binds Romney to Ryan’s budget proposals, at least in spirit.

Certainly that has been President Obama’s latest campaign approach. In the swing state of Iowa on Monday, the president called Ryan “an articulate spokesman for Governor Romney’s vision”, though some analysts suggest that dynamic could be the other way around.

To date, Paul Ryan is known almost exclusively for his stance on U.S. domestic issues, but he has weighed in on subjects of international interest.

On issues of human rights, for instance, he has been relatively more outspoken than some Republicans. A socially conservative, devout Catholic, on Saturday he stated, “Our rights come from nature and God, not government.”

Of particular interest is the most recent of the Ryan budgets, released in March, a 99-page document called “The Path to Prosperity: A Blueprint for American Renewal”. Although concerned primarily with cutting the United States’ federal budget, the proposal maintains that national security should be the government’s foremost priority.

How exactly to attain that security, however, appears in part to be ideologically driven.

In his only major foreign policy-focused speech, in mid-2011, Ryan painted himself as a firm believer in U.S. exceptionalism and, more recently, as a proponent of military intervention. According to media reports, he is currently being advised by Elliott Abrams, a neoconservative former advisor to George W. Bush.

The Ryan budget would allow U.S. military spending to grow by some 90 billion dollars over the coming decade while, at the same time, drastically reducing other overseas tools.

According to a May 2012 report released by the Center for American Progress (CAP), a liberal think tank here, Ryan’s budget would cut around 31.6 billion dollars from the foreign affairs accounts in four years, including slashing budgets for the State Department and USAID, the foreign-development office.

“By any reasonable estimation, such an approach would decimate our nation’s ability to effectively advance our interests overseas,” the report warns, “and such budget calculations cannot be justified based on a deliberate analysis of our needs and foreign policy priorities as a nation.”

Lawrence Korb, a former assistant secretary of defence currently with CAP, told IPS: “Ryan’s budget undermines our national security by providing funds to the military that it leaders say are unnecessary, while taking away money from diplomacy and development activities which can prevent crises.”