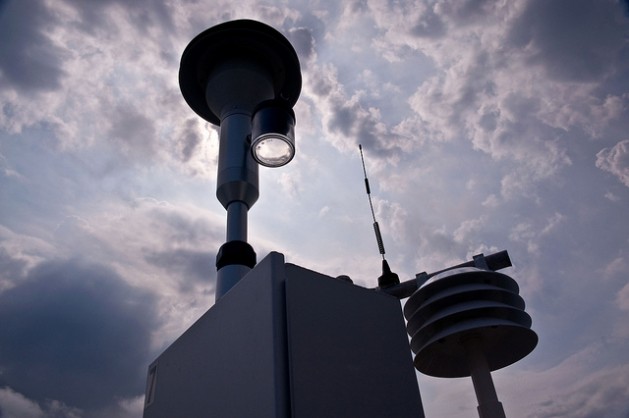 Environmentalists say the situation would be much different had former governor Mitt Romney of Massachusetts, the Republican nominee, been elected president. Romney had sworn to roll back many, if not all, of the regulations enacted by the Environmental Protection Agency (EPA) during Obama’s first term.

Asked which of those EPA rules Romney would have likely overturned, Jenna Garland, associate press secretary for the Sierra Club’s Beyond Coal campaign, responded: “All of them.”

Romney’s attitude towards the environment was perhaps epitomised during his speech accepting the nomination at the Republican National Convention in August 2012.

Romney mocked Obama for wanting to address climate change warming: “President Obama promised to begin to slow the rise of the oceans. And to heal the planet,” Romney said, pausing to allow laughter from the audience.

“My promise is to help you and your family,” he said.

An EPA finding that greenhouse gases are pollutants; a proposed rule to limit carbon pollution from new power plants; a new greenhouse gas reporting programme; setting historic fuel economy standards; establishing the first-ever Mercury and Air Toxics Standards; strengthening the NAAQS for particulate matter; strengthening the NAAQS for sulfur dioxide; establishing a Cross-State Air Pollution rule, which has currently been stayed in the courts; and establishing a new rule to address regional haze.

New EPA monitoring of drinking water systems for certain unregulated contaminants; establishing a Water Technology Innovation Cluster; developing regulations for perchlorate and other toxic chemicals in drinking water; actions to reduce the impacts of mountaintop removal on waterways; formation of an Urban Waters Federal Partnership; deeming a 1,624 mile stretch of California’s coastline to be a “no discharge zone”; recommendation of new recreational water quality criteria; significant investment of over 1.5 billion dollars in restoring the Florida Everglades; promotion of the use of green infrastructure by U.S. cities and towns; a new framework to help local governments manage stormwater runoff and wastewater; establishment of a “Pollution Diet” for the Chesapeake Bay in Maryland; and the signing of a newly amended Great Lakes Water Quality Agreement with Canada.

Stephanie Stuckey Benfield, executive director of the non-profit group GreenLaw, considers the rule to be the first environmental victory of Obama’s reelection.

“They (fine particles) are deadly. Any amount is bad. But this is a good step in the right direction,” Benfield told IPS.

Upon request by IPS, the EPA prepared a document outlining the agency’s major accomplishments for clean air and water covering the years 2009 to 2012.

“If Romney had been elected, he was on record during the campaign saying he would roll back critical clean air and clean water protections, and politicise public health by giving Congress more power over Clean Air and Clean Water Act standards. That would be one of the most damaging things we have seen for public health and environment in decades,” Garland said.

“For instance, certain (Republican) Congressional leaders have gone after… the Mercury and Air Toxics Standards. Just recently, this is the first time the federal government has regulated one of the most potent neurotoxins known to man… Congressional leaders and Mitt Romney wanted to limit the EPA’s ability to regulate neurotoxins like mercury, even though courts including the Supreme Court have upheld the EPA’s right and duty to regulate,” she said.

The EPA proposed its new carbon pollution standard for new coal and gas plants on Apr. 13, 2012.

That rule is currently undergoing a one-year public comment period, and is expected to go into effect on or around Apr. 13, 2013. That too would have likely been cancelled under a Romney administration.

“This is really important because carbon pollution threatens our climate, it does threaten our health and well-being. This is a critical step, if we’re going to address carbon pollution head-on instead of always responding. It means coal plants will no longer have a blank cheque,” Garland said.

Activists also pointed to Obama’s selection of Lisa Jackson as EPA administrator as a crucial part of his governance as it relates to the environment.

“A lot of it has to do with who gets appointed to the EPA, the overall tone over there. The overall climate of the EPA is definitely a lot more supportive of pro-environment issues,” Benfield said.

“Appointing the EPA administrator is pretty political. Mitt Romney could have easily appointed someone to the EPA who does not take seriously human health, and could have instructed that administrator not to enforce” various recent EPA standards, Garland said.

But Obama has his shortcomings on the environment too, said the activists.

“We certainly have our problems with the Obama Department of Energy supporting nuclear and so-called clean coal projects that aren’t doing so well,” Garland said, noting that, still, “under the Obama administration we have seen tremendous growth of renewable energy.”

Obama has supported so-called clean coal, something that environmental advocates warn does not exist; in addition to nuclear power.

Garland also criticised Obama for shelving a proposed ozone standard during his first term because, she believes, it was found to be too political. However, the ozone standard is something that she hopes will be revisited now that he was won reelection.

“We would like for Obama to be a lot stronger on these issues,” Benfield said.

“You have to look at the dynamics. He’s not perfect, a lot of environmentalists would like to see him be a lot stronger. A lot of us are hoping, it’s his second term and he’s not concerned about being elected, that he’ll be proactive, and now he’s looking at leaving his legacy. A second term is a time to reflect on his legacy. What does he want his legacy to be? And climate change has to be part of that, I’m hopeful,” Benfield said.

Sierra Club anticipates that several new EPA rules will come out over the next four years, including a NAAQS rule for sulfur dioxide; a carbon pollution rule for existing pollution sources; and a Clean Water Act standard to address toxic discharge from power plants in waterways.