Q&A: A Portrait of the Superstars of Celebrity Activism

UNITED NATIONS, Nov 13 2012 (IPS) - Start a global debate about the underlying reasons why poverty exists – and do it through cinema. 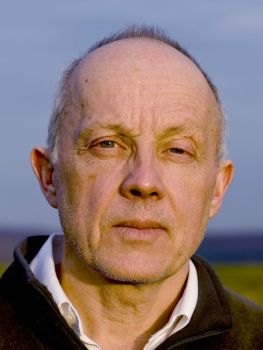 The ambitious new initiative “Why Poverty” brings together eight award-winning filmmakers and 30 emerging cinema talents to create documentaries touching on different aspects of poverty, such as gender and inequality, residential segregation, aid and trade.

From Nov. 25 to 30, the films will be aired across the globe via 62 national broadcasters, reaching 500 million people. An online conversation about the topic will follow.

Why Poverty was launched at the United Nations on Sep. 27, and is being run by the organisation Steps, based in Denmark and South Africa. The agenda is not to raise money or push for a single solution to global poverty – it is to ignite discussions about as many aspects of poverty as possible.

The Swedish filmmaker Bosse Lindquist takes on the angle of charity in his contribution, a documentary titled ”Give Us The Money”. He spoke to IPS correspondent Becky Bergdahl about the film, and its focus on the multimillionaire artists Bob Geldof and Bono, who have spent years advocating on behalf of the world’s poorest.

Q: How did you come up with the idea for the film?

A: I was invited by BBC, SVT and the other commissioning editors to have a look at charity and development. After having scouted the world of glitterati, I realised that Bob Geldof, who in many ways started celebrity involvement with the fight against poverty, was one of the few consistent long-term players.

He has been an activist ever since ’84, at first raising money for victims of starvation, then later working for system change. It soon also became clear that Bono joined him in this fight already in the 90s, and that these guys, cooperating with numerous other individuals and organisations, have achieved quite remarkable gains. And still are.

Q: Have the concerts and campaigns initiated by artists like Bono and Geldof managed to help poor people?

A: Yes. Having said this, it is also important to mention that there are no scientific studies showing exactly what impact they have had. The same goes, unfortunately, for the general impact of development aid on economic development in Africa. These are very complicated issues, depending on a multitude of factors.

Still, it is clear to me that Bono and Geldof played an important part in getting Africa’s outstanding debt to the rich world cancelled in 2005. Also, Bono and Geldof have helped President (George W.) Bush along to set up PEPFAR (the U.S. President’s Emergency Plan for AIDS Relief), and getting the rich world to fund GAVI (the Global AIDS Vaccine Initiative), two projects that together have funded a big part of the life-saving drugs that today reaches eight million HIV-infected Africans.

Q: Can a wealthy, white superstar really become a spokesperson for Africa’s poor?

A: Bono and Geldof have become adept advocates and lobbyists working for increased resources for the extremely poor in Africa, as well as for system change globally, to achieve important legislation regarding aid transparency. But spokespersons – no! This job must be done by Africans.

Q: How much of the artist-activists’ work is done for personal branding, and how much is done to help?

A: Quite a few celebrities engage in charity to enhance their own brands. I have found no proof of Bono or Bob Geldof doing this. But of course, their genuine advocacy surely is of no harm to their brands and record sales.

Q: The richest 20 percent of the world’s states consume 80 percent of the natural resources. Some people live in absolute luxury, others go hungry. Is it possible to achieve global equality – with or without the help of superstars?

A: We simply must work for a more equal and just world. Anything else would not be fair. Also, this is the only way if we want to make the world more peaceful and safe. I believe this is also is a prerequisite for making everyone team up and fight environmental hazards and global warming.

Q: And how can we achieve this?

A: The fight has to be carried out on numerous platforms. One very important fight is about enacting legislation that will counteract corruption and theft in transactions between countries with mineral or agricultural resources and buyers in the rich world.

Another huge fight is about giving every child on earth access to education. A third fight obviously is about ensuring that women have the same opportunities as men globally.

Q: What is your opinion on the concept of the “aid trap”, the theory that says that poor countries become dependent on foreign aid?

But the fact that such an “aid trap” certainly exists is no reason to stop all aid. Though it is a very strong reason to demand transparency regarding how aid is given and distributed, with inbuilt means for the recipients themselves to monitor how the money given to a country is disbursed.