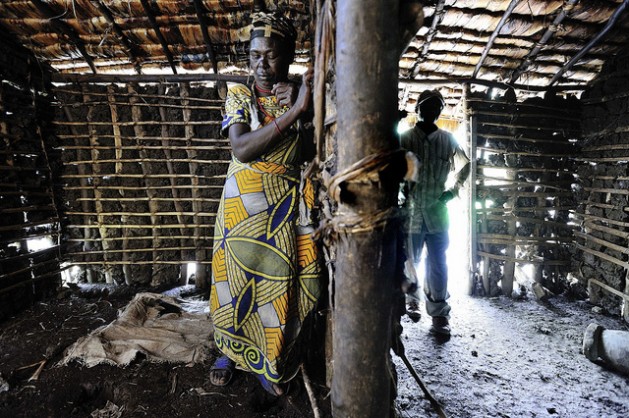 WASHINGTON, Dec 11 2012 (IPS) - President Barack Obama’s top diplomat on African affairs on Tuesday defended the U.S. administration’s response to the continued crisis in the Democratic Republic of Congo (DRC), in the face of stepped up criticism from both civil society and U.S. lawmakers.

Since April, violence has spiked in the eastern part of the DRC, perpetrated in part by an armed group known as the M23 – a group that three U.N. reports this year have found to be receiving support from the Rwandan government, a key U.S. ally. Over the past eight months, the renewed conflict has displaced some 2.4 million people, culminating in the recent fall of Goma, the largest city in the eastern part of the country, to the rebels.

Although the M23 leadership has now pulled out of Goma and entered into difficult peace talks, many analysts worry over the fact that these are being sponsored by Uganda, thought to be hardly a neutral player, and the lack of Rwanda’s representation in the negotiations.

Speaking before a subcommittee hearing of the U.S. House of Representatives, Assistant Secretary of State Johnnie Carson said he rejected the notion that the U.S. administration has failed to speak out against the M23 rebels. Carson also noted that a “credible body of evidence” does indeed implicate Rwandan government support for the M23, “including military, logistical and political assistance”.

“Based on this evidence, we have repeatedly pressed Rwanda to halt and prevent any and all forms of support to Congolese armed groups,” Carson stated. Later, however, he admitted that, beyond closed-door talks, the only direct action Washington has taken has been to suspend a token amount of around 200,000 dollars in military aid to the Rwandan military earlier this year.

As the conflict drags on, that low-key approach has been increasingly criticised, as other Western countries, including the U.K., E.U. and several Scandinavian countries, have moved to impose sanctions on Rwanda. Indeed, back in 2006, then-Senator Barack Obama sponsored legislation that would have followed a similar route, an approach recently approved by a U.N. group of experts.

Eastern DRC is an area rich in natural resources, including diamonds, oil, timber and a host of minerals. Longstanding competition and animosities have led Congo, Rwanda and Uganda to battle over these resources for years, with some analysts suggesting that Rwanda’s support for the M23 is part of an open plan to annex part of the eastern DRC.

At Tuesday’s House hearing, Subcommittee Chair Christopher H. Smith stated that the U.S. government “must overcome our regret to what happened 18 years ago,” referring to the genocide in Rwanda that shook many here in Washington and beyond.

Smith also referred to a letter sent on Monday to President Obama by a coalition of 15 international civil society organisations. That letter warns that a decade and a half of “quiet diplomacy” by the United States in the Great Lakes region of Africa has failed to deter Rwandan support for armed rebels operating in the DRC.

That failure, they contend, has contributed to the current crisis.

“The U.S. response to the crisis has patently failed and is out of step with other Western nations,” the groups, including the Open Society Foundations, Refugees International, Africa Faith & Justice Network and others, said in the open letter.

“Since the M23 was created in the spring of 2012, U.S. officials continued to place faith in engaging Rwanda in a constructive dialogue. This approach has clearly failed to change Rwanda’s policy, as evidenced by the direct involvement of the Rwandan army in the recent takeover of Goma, as documented by the United Nations Group of Experts.”

The NGOs are calling on President Obama to name a special envoy to lead the U.S. response to the situation in the DRC, to support the naming of a similar U.N. envoy and a U.N. arms embargo on the DRC, and to suspend all non-humanitarian aid to the Rwandan government.

In testimony on Tuesday, Carson did express support for the appointment of a U.N. special envoy.

Yet he rejected the need for a presidential envoy from the U.S., stating that such an official already exists, albeit with a broader mandate for the entire Great Lakes region. Carson also stated that further punitive actions squeezing U.S. aid to Rwanda were unnecessary, noting that the U.S. government has no proof that any aid given to Rwanda has been “misused or rechanneled into the conflict in DRC”.

Over the past fiscal year, the United States gave some 195 million dollars in development assistance to Rwanda, primarily for use in health and agriculture programmes.

“The U.S. government seems content to simply work behind the scenes based on its own relationships in the region, but this isn’t yielding results in peace or bold ideas for resolving the longstanding issues in the region,” Aaron Hall, a policy analyst with the Enough Project, a Washington-based anti-genocide watchdog that spearheaded the recent open letter, told IPS.

Of the current peace talks between the M23 and the Congolese government, Hall says they only constitute a “band-aid solution”.

“First off, it’s being chaired by Uganda, which has been implicated for supporting the M23. Second, the talks are only being held between the Congolese government and the M23 rebels, when clearly other groups have stated that they understand the involvement of Rwanda, which is not at the table,” Hall says.

What’s needed instead, Hall and many other analysts suggest, is to finally address long-term, systemic issues. This would include tackling not only Rwandan and Ugandan policies and actions, but also the inability of the Congolese government to create viable judicial and political institutions in the east.

“But the leaders currently appear interested only in the cosmetic issues,” Hall says. “What we need is a commitment from the international community to create a comprehensive framework to move towards the resolution of underlying issues that bubble up every few years but never actually get resolved.”