ABU DHABI, Jan 17 2013 (IPS) - Awareness is growing that the excessive energy currently required to desalinate water is not sustainable in the long term. So the big question is how to make it financially viable and technically possible to deploy cleaner power sources. 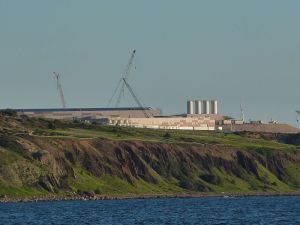 “We definitely have a longer vision on the use of renewable energy, but today it is too expensive compared to the conventional system,” Dr. Masaru Kurihara, president of Asia Pacific Desalination Association (APDA), tells TerraViva.

Kurihara, who is also senior scientific director of the Mega-Ton Water System in Japan, says that serious discussions on renewable energy for desalination have been taking place for only five years, and there is still a lot of work to be done.

However, renewables advocates say the technology is ready and available.

Water-scarce Gulf states like the UAE, already a regional leader in pursuing renewable energy projects, agree that there is no need to wait.

On the sidelines of the World Future Energy Summit here, Abu Dhabi’s renewable energy company Masdar announced that it would launch three new pilot projects to test the use of renewables in providing fresh water to the arid Mideast region.

As part of the Masdar and UAE perspective to “treat energy and water as one…we have to start seriously thinking about renewable sources to desalinate water,” said Dr. Sultan Ahmed Al Jaber, CEO of Masdar.

“Water scarcity is one of the most pressing and critical issues… but desalination is a costly, energy-intensive process that is not sustainable,” he said.

The pilot projects will be deployed over a three-year period, with technological partners yet to be selected. By 2020, the aim is to have large-scale commercialisation of water desalination powered by solar, thermal, wind, or a combination of sources, Dr. Al Jaber said.

Corrado Sommariva, president of the International Desalination Association, who was also present at the announcement, said his organisation’s goal is to achieve a 20-percent energy reduction by 2015.

The top concern now is how financially feasible it will be, because even proponents of renewable energy warn that the cost of the technology remains relatively high.

Some believe renewable energy will be used as a complement to conventional energy, at least at first.

“Each renewable has technical limitations and you have to adapt, like with solar,” Mahmoud A. Dawoud, water resources advisor in the environment quality sector of the Environment Agency Abu Dhabi, tells TerraViva.

But he added that while it is expensive and there are operational challenges, the cost of renewable energy is much lower and energy efficiency is much better than it was 20 years ago.

Echoing Dr. Al Jaber, he stressed that renewables should still be the top priority, because “this is the only way to make desalination more sustainable.”