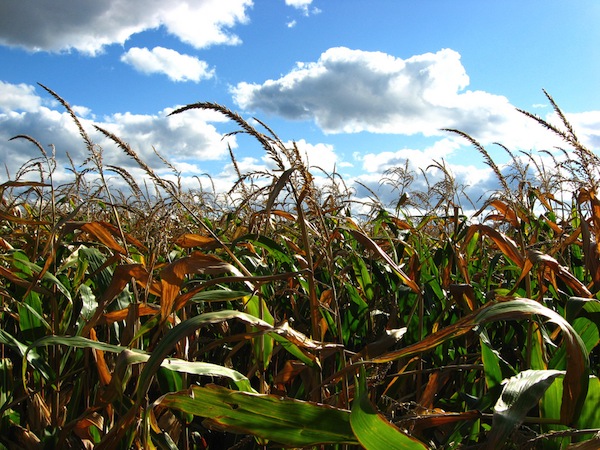 ATLANTA, Georgia, Apr 28 2013 (IPS) - Food safety advocates are outraged over revelations that U.S. Congress and President Barack Obama approved an act that includes a provision purporting to strip federal courts of the ability to prevent the spread of genetically modified organisms (GMOs).

The provision in the Consolidated and Further Continuing Appropriations Act of 2013 requires the U.S. Department of Agriculture to issue temporary permits allowing the continued planting of GMOs by farmers, even when a court rules that the agency erred in its environmental impact review of the GMOs.

The provision, which activists call the Monsanto Protection Act, is one for which the multinational corporation Monsanto has been lobbying Congress for at least a year. The legislation passed the U.S. House of Representatives on Mar. 6, 2013 and the Senate on Mar. 21, with Obama signing the legislation five days later on Mar. 26.

Revelations of the provision, which was buried in the 587-page spending bill (HR 933, under Division A, Title VI, Section 735), have increased public awareness and interest in the issue of GMOs in the United States.

The provision states that if “a determination of non-regulated status…is or has been invalidated or vacated, the Secretary of Agriculture shall, notwithstanding any other provision of law, upon request by a farmer, grower, farm operator, or producer, immediately grant temporary permit(s) or temporary deregulation in part”.

U.S. Senator Jon Tester, a Democrat from Montana and one of the only family farmers in Congress, spoke out against the provision on the floor on the Senate.

Once again, agribusiness multinational corporations [are] putting farmers as serfs

“The United States Congress is telling the Agricultural Department that even if a court tells you that you’ve failed to follow the right process and tells you to start over, you must disregard the court’s ruling and allow the crop to be planted anyway,” Tester said.

“Not only does this ignore the constitutional idea of separation of powers, but it also lets genetically modified crops take hold across this country, even when a judge finds it violates the law,” Tester said, describing the issue as “once again, agribusiness multinational corporations putting farmers as serfs”.

Meanwhile, activists are holding Senator Barbara Milkulski, a Democrat from Maryland, partially responsible, as she was the committee chair who allowed the amendment and could have addressed the provision in Congressional hearings

In a statement, Mikulski’s spokeswoman, Rachel MacKnight, defended her. “Senator Mikulski understands the anger over this provision. She didn’t put the language in the bill and doesn’t support it either.”

“As Chairwoman of the Appropriations Committee, Senator Mikulski’s first responsibility was to prevent a government shutdown. That meant she had to compromise on many of her own priorities to get a bill through the Senate that the House would pass,” MacKnight said.

Because the provision is temporary, it will likely come up for reauthorisation in September 2013, an opportunity for public opposition that activists are relishing.

“The USDA has working mechanisms in place to allow for partial deregulation for those crops,” Colin O’Neil, director of government affairs for the Centre for Food Safety, noted in an interview with IPS.

“At best, it’s unnecessary and duplicative. At worst, it takes oversight away from the USDA and puts it in the hands of the industry,” O’Neil said of the provision.

Monsanto has proposals for numerous GMO crops in the pipeline that could be affected by this rider.

“I think the Monsanto Protection Act and how it was passed and how it was slipped into law is just another example of how this company operates, how they manipulate our democracy, and they buy off our elected officials,” Dave Murphy, founder of Food Democracy Now, told IPS.

“This is another example of how…they choose to operate within the rules of a democratic society. They’re like the mafia, they go in and write the rules the way they want them to be,” Murphy said.

“Monsanto really did themselves a major disservice by slipping this into a continuing resolution,” he said.

Monsanto, which does derive benefit from the provision, responded in a statement, saying its critics have an “interesting narrative, worthy of a B grade movie script”.

“Virtually none of the people protesting actually read the provision itself. Those who did, found a surprise: It contains no reference to Monsanto, protection of Monsanto, or benefit to Monsanto. It does seek to protect farmers, and we supported the provision,” Monsanto wrote.

Senator Roy Blunt, a Republican from Missouri, inserted the provision, or “rider”, into the spending bill, according to Politico. Monsanto is based in St. Louis, Missouri.