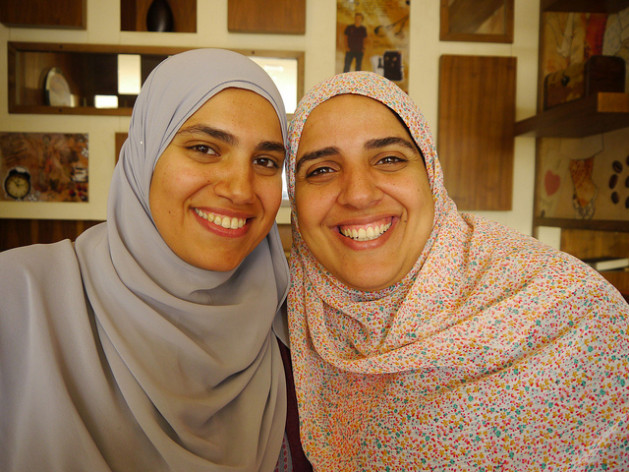 CAIRO, Nov 13 2013 (IPS) - Evidence is mounting to suggest women entrepreneurs are more common in the Middle East than in startup capital Silicon Valley, and some even say it’s a more supportive place for them to start a business.

Yasmin Elayat, an Egyptian-American born and bred in California’s Silicon Valley, told IPS she felt the ecosystem of investors, business mentors and other entrepreneurs in Egypt and the Middle East was more supportive than those in the U.S. or Europe when she began working out the details for her now-inactive media business GroupStream in 2011.

“It’s a more encouraging environment for women entrepreneurs,” she said. “There’s something else going on here, whether you want to call it culture or environment.”

Elayat, 31, said the only time her gender became an issue was in Europe during a three-month startup boot-camp in Copenhagen.

A male entrepreneur from Eastern Europe was dumbfounded to discover that she was not an employee of GroupStream, but the CEO, and on another occasion, after pitching the business to a group, a male mentor directed all his questions towards her male co-founder.

Elayat is one of a growing pool of women in the Middle East/North Africa (MENA) region jumping into entrepreneurial ventures, although it’s difficult to pin down just how large that pool is.

A recently released study by Global Entrepreneurship Monitor (GEM) suggested women in MENA were the least likely in the world to start a business, with only four percent of the adult female population considered entrepreneurs.

However, a big problem with the study was that it did not include data from startup powerhouses Jordan, Lebanon, the UAE and Qatar (Israel was included separately).

In Jordan the number of female-led startups is closer to one-third, near the global average of 37 percent, and in Egypt, Hossam Allam founder of angel investment group Cairo Angels, told IPS that about half of the businesses invested in so far involved mixed-gender teams.

Moreover, in regional entrepreneur competitions the mix of male and female participants is similar, such as in the 2012 MIT Enterprise Forum Arab Startup Competition where almost half of the competitors were women, as was the winner Hind Hobeika.

The number of women entrepreneurs throughout the region probably lies somewhere in between, at about 15-20 percent. To put this in perspective, the GEM study found 10 percent of the U.S. adult female population was involved in entrepreneurial activity in 2012, and five percent in developed Europe.

There are several reasons for the rise of the woman entrepreneur in the Middle East, and one is that the startup environment has grown up with them.

Not only have multiple business incubators and accelerators sprung up in major cities across the region in the last three years, but so have organisations and competitions specifically targeting women. 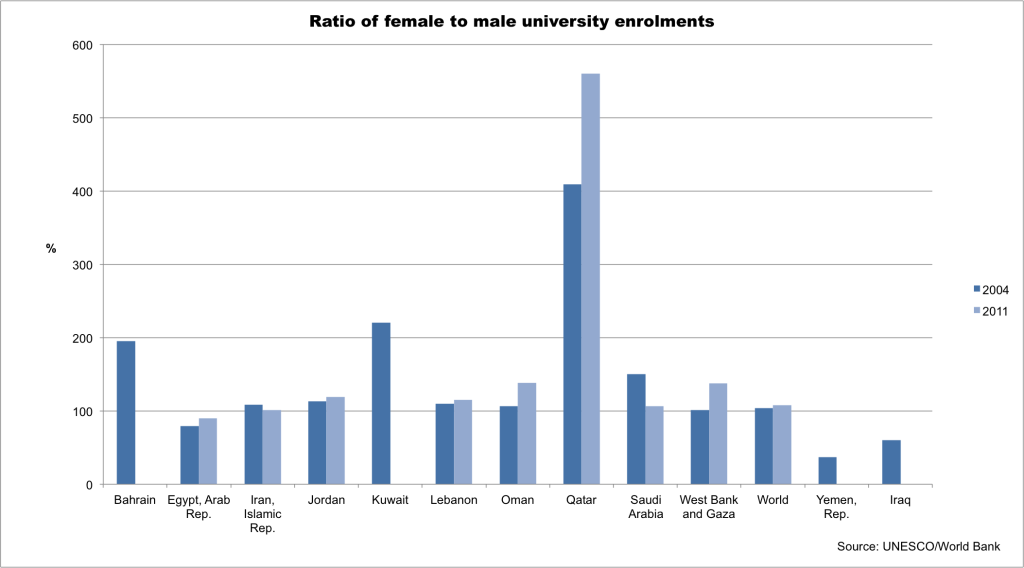 Other reasons are rising access to education, and opportunities provided by the internet.
The World Bank says more women in the Middle East now attend university than men, and GroupStream’s Elayat said that compared with her first-year computer engineering course in the U.S., where she was one of two female students, the gender mix when she transferred to the American University in Cairo was “about half-half”.

Co-founder of Arabic-language parenting website Supermama, Yasmine el-Mehairy, said that in contrast to the low numbers of women studying computer science and engineering in Western countries, girls throughout the Arab region were funnelled into the hard-to-enter university science courses because of good high school grades.

“Women are more inclined to work harder during high school, so it was easier for them to get higher grades, where men were more interested in PlayStation and football,” she said.

The Economist’s Ludwig Siegele wrote in July that the number of women-led startup businesses could flourish further because the internet wasn’t inherently male-dominated and also enabled highly educated women to start a home-based business if, as in Saudi Arabia, her family might object if she went outside to work.

But make no mistake – the unique challenges faced by women entrepreneurs in the Middle East are vast, from the wearying day-to-day frustrations to deeply rooted ideas about a woman’s place in society.

The 2013 Wamda for Women roundtable events in Cairo, Doha, Amman and Riyadh illustrated the difficulties women entrepreneurs in these countries face.

Generally the difficulties were the fight to be seen an equals; a dearth of role models; the challenge of balancing family and work commitments; and male bias.

She told Chris Schroeder, author of Startup Rising: The Entrepreneurial Revolution Remaking the Middle East: “First, some men get intimidated by a strong woman.

“Second, others – and I will try to sound as proper as possible – think a business relationship with a woman should be a personal one. Finally, some men underestimate women in general, and believe that women are not capable of delivering good results.”

They included convincing investors the two women would and could put as much time into the business as their male co-founder, and people telling them they couldn’t run a business because they needed that time to look after their home, husbands and family.

But she also had a solution, one followed often out of necessity by all the entrepreneurial businesswomen spoken to by IPS.