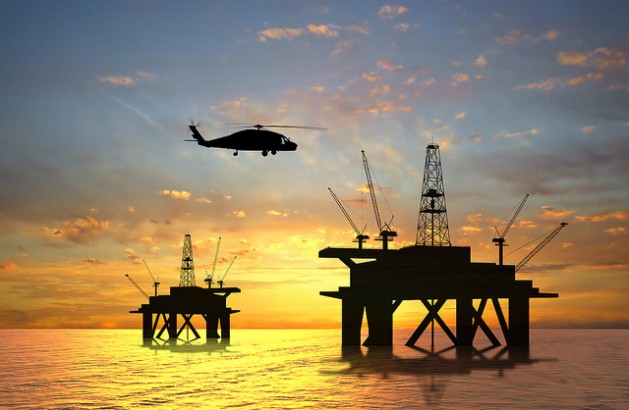 NEW YORK, Feb 10 2014 (IPS) - Despite evolving public awareness and alarm over climate change, subsidies for the production and consumption of fossil fuels remain a stubborn impediment to shifting the world’s energy matrix towards renewable sources.

Today, lawmakers hold routine hearings on climate change’s costs and mitigation, citizens in developing nations demand reparations for extreme weather, and even multinational corporations have tepidly begun advertising that rising seas could spill over onto their bottom lines.

But talk is one thing, money quite another.

“If you can remove fossil fuel subsidies, then renewables are the clear choice, they are far cheaper in the long run,” said Philipp Tagwerker, research fellow at the Worldwatch Institute and author of a recent report tallying subsidies. “Renewables are competitive at the moment, but it takes political will to change.”

After the 2008 financial crisis, subsidies fell along with plummeting energy prices, but by 2011 they had rebounded to pre-crisis levels. That volatility, whether due to supply and demand or geopolitics and speculation, is partly why countries are looking to lessen their exposure to carbon-based fuels.

Though definitions vary, in 2013 the IMF found that when “post-tax” externalities like carbon emissions, effects on health and resource scarcity were considered, global subsidies of fossil fuels rose to “$1.9 trillion worldwide – the equivalent of 2.5 percent of global GDP, or 8 percent of government revenues.” Estimates for renewable subsidies top out at a comparably measly 88 billion dollars globally.

“That’s a pretty hard equation to overcome,” said Dr. Daniel M. Kammen, director of the Renewable and Appropriate Energy Laboratory at the University of California, Berkeley. “Fossil fuels not only have the advantage of subsidies, but they are the incumbent.

“That said we are seeing much faster growth in the renewable sector,” Kammen told IPS. “The economic story around renewables has shifted. It’s not just wind – solar is competitive now, and we are seeing big pushes for geothermal.”

Though critics of renewables often cite their higher cost per kilowatt-hour (kWh) compared to traditional sources, when externalities are considered, that dynamic is reversed. According to the Worldwatch report, customary analyses find it can take up to 15 cents of a renewable subsidy to generate one kWh, far higher than the 0.1 to 0.7 cents per kWh for fossil fuels. But including externalities immediately tacks on an additional 23.8 cents per kwh to fossil fuels but only half a cent to renewables.

Tagwerker writes that “accelerating the phaseout of fossil fuel subsidies would reduce CO2 emissions by 360 million tons in 2020, which is 12 percent of the emission savings that are needed in order to keep the increase in global temperature to 2 degrees Celsius.”

Generally, consumption subsidies that lower prices at the point of sale have prevailed in the developing world, while producer subsidies have been more common in industrialised countries.

Over the past decade, while fossil fuel subsidies haven’t abated, their characterisation has shifted from one of necessity to troublesome vestige.

Last year, the G20 reiterated its pledge to “phase out inefficient fossil fuel subsidies that encourage wasteful consumption over the medium term.” And during his January State of the Union address, U.S. President Barack Obama told Congress “climate change is a fact” and called for the phasing out of an estimated four billion dollars in tax breaks and incentives – many dating back a century, when oil exploration was dangerous and far more expensive – that U.S. companies enjoy every year.

Yet politicians and investors alike still the find the long-term payouts from alternative energy projects don’t always jibe with their short-term electoral goals and the pressures of quarterly earnings – leaving policy to lag and projects wanting for infusions of cash.

Media coverage tends to focus on these parts of the world when unrest follows moves to remove or reduce fuel subsidies. Indeed, last year several dozen people were killed in Khartoum during riots after the Sudanese government, facing a fiscal crisis brought on by the annexation of the oil-rich south, eliminated subsidies. Meanwhile in India, where the government has been more cautious, the oil ministry predicts fuel subsidies for the fiscal year will end up 750 billion rupees over budget.

For years, poorer governments found lower fuel prices the simplest way to keep basic goods just cheap enough that the poorest in society could survive – a sort of broad-stroke welfare. Today, they remain fearful that reform runs the risk of triggering inflation, raising prices for food and basic goods beyond the reach of millions.

But unlike traditional forms of state welfare that attempt to target the needy, consumption subsidies are nearly always flat and regressive, funneling wealth to those who consume the most. The IMF has found that in low and middle-income countries, the richest 20 percent of households receive six times the benefits from subsidies as the poorest fifth. Among gasoline consumers alone, the disparity widens to 20 to one.

Tagwerker says governments can look to places like Indonesia, where, despite snags, subsidy curtailments were coupled with targeted cash-transfer schemes to assist those most affected by higher prices.

“You can avoid the period of unrest if you carefully plan it,” said Tagwerker, adding that all countries should consider carbon trading, which has a track record of reducing emissions.

In May 2013, Goldman Sachs announced it would finance more than 500 million dollars’ worth of residential solar panels for U.S.-based SolarCity Corp, allowing the company to offer homeowners zero down payments. The Wall Street firm, which pledged to put 40 billion dollars towards renewable projects by 2021, has also pumped 1.5 billion into a Danish wind farm and invested 340 million into an Indian wind venture.

But despite headline-grabbing deals like Goldman’s, overall investing in alternative energy sagged 12 percent last year to 244 billion. Investors remain skittish of the higher initial outlays required by renewable projects, a problem made worse by austerity in Europe and the winding down of stimulus in the United States. The U.N. found that “developers, equity providers and lenders were unsure about whether commitments to subsidise renewable energy deployment would continue.”

However, Kammen believes the next few years will see larger sovereign wealth funds financing more alternative energy projects. As the sector consolidates and interest rates remain low, Kammen says money earmarked for real estate may be shifted to renewable electricity-generating ventures which financially mimic the purchase of office space or other rent-paying assets.

“Because renewables have very low fuel costs the real issue is up-front financing. If one doesn’t correct this fundamental over-subsidy of the incumbent fossil technology, it makes the issues of renewables that much more difficult.”

Re-allocating subsidies to renewables would help investment get over the initial hump, says Tagwerker.

“You’ve got to shift the paradigm from paying every month to ‘we pay everything in the first month then we don’t have to pay for the following year’. If you could use all the money that is spent on fossil fuel subsidies for that, you’d have [renewable] plants popping up everywhere.”