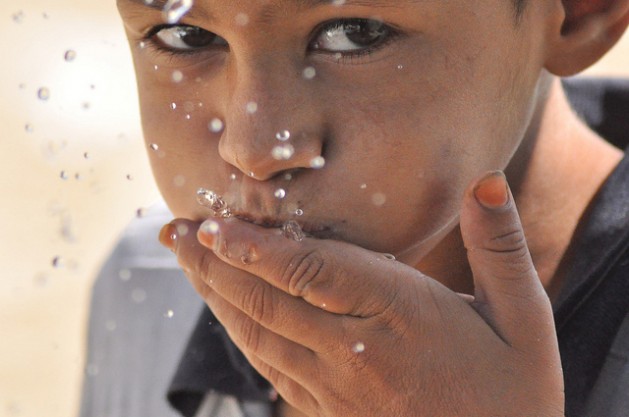 Gaza is running out of drinking water. Credit: Eva Bartlett/IPS

UNITED NATIONS, May 19 2014 (IPS) - The United Nations, which is trying to help resolve the widespread shortage of water in the developing world, is faced with a growing new problem: the use of water as a weapon of war in ongoing conflicts.

The most recent examples are largely in the Middle East and Africa, including Iraq, Egypt, Israel (where supplies to the occupied territories have been shut off) and Botswana.

Secretary-General Ban Ki-moon last week expressed concern over reports that water supplies in the besieged Syrian city of Aleppo were deliberately cut off by armed groups for eight days, depriving at least 2.5 million people of access to safe water for drinking and sanitation.

“Preventing people’s access to safe water is a denial of a fundamental human right,” he warned, pointing out that “deliberate targeting of civilians and depriving them of essential supplies is a clear breach of international humanitarian and human rights law.”

In the four-year Syrian civil war, water is being used as a weapon by all parties to the conflict, including the government of President Bashar al-Assad and the multiple rebel groups fighting to oust him from power.

The conflict has claimed the lives of over 150,000 people and displaced nearly nine million Syrians.

The violation of international humanitarian law in Syria includes torture and deprivation of food and water.

Maude Barlow, who represents both the Council of Canadians and Food and Water Watch, told IPS water is being increasingly and deliberately used a a weapon of war in recent and ongoing conflicts.

During the Iran-Iraq war of the 1980s, the Mesopotamian Marshes were drained, she said.

Iraqi President Saddam Hussein drained them further during the 1990s in retribution against Shias who hid there and the Marsh Arabs (Ma’dan) who protected them, she pointed out. 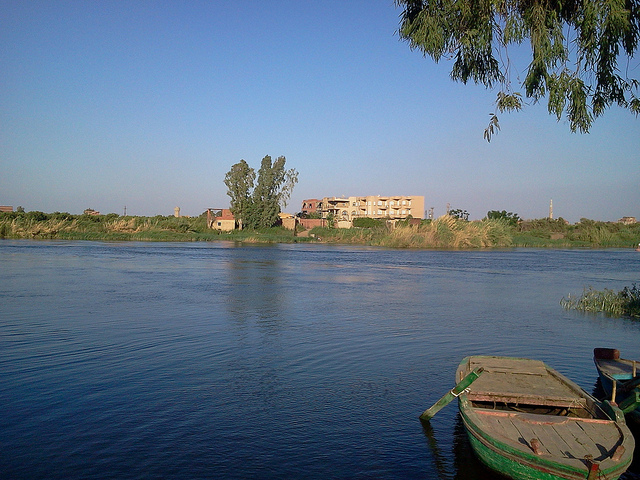 The privatisation of water in Egypt and its diversion to the wealthy was a major factor in the “Arab Spring” uprising. Picture here is the Nile River in Egypt.Credit: Khaled Moussa al-Omrani/IPS.

The privatisation of water in Egypt and its diversion to the wealthy was a major factor in the “Arab Spring” uprising, said Barlow, a former senior advisor on water to the president of the General Assembly back in 2008/2009.

Thousands suddenly had no access to clean water and “thirst protests” were partial catalysts for the large uprising.

Also, more than four decades of Israeli occupation have made it impossible to develop or maintain infrastructure for water in Gaza, causing the contamination of drinking water and many deaths, she declared.

Barlow also said Botswana used water as a weapon against the Kalahari bushmen in an attempt to force them out of the desert, where diamonds had been discovered.

In 2002, the government smashed their only major water borehole, a terrible act that was only overturned in court years later, she noted. 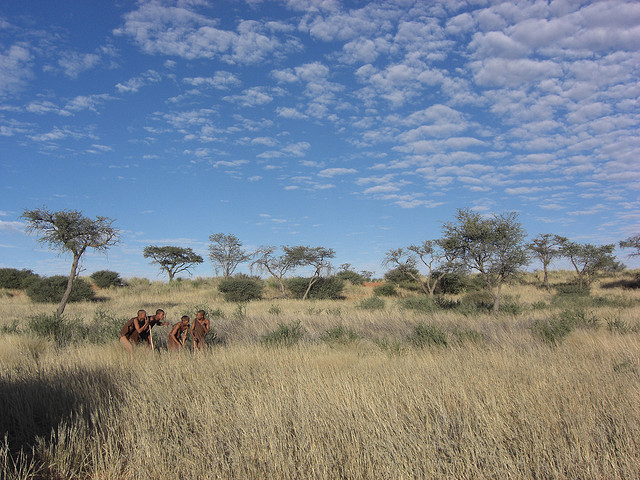 A group of Kalahari Bushmen acting out their hunting techniques. Botswana used water as a weapon against the Kalahari bushmen in an attempt to force them out of the desert, where diamonds had been discovered. Credit: Stuart Orford/CC By 2.0

Last week, Anand Grover and Catarina de Albuquerque, two U.N. experts on water and sanitation, said interference with water supplies even in the context of an ongoing conflict is entirely unacceptable.

They said the city of Aleppo has had intermittent access to water from the beginning of May 2014, with a total cut in supply on May 10, resulting in many, perhaps a million people, left without access to safe water and sanitation.

The cuts appeared to come about as a result of deliberate interference with the water supply, with conflicting allegations suggesting that some armed opposition groups and the government of Syria have both been responsible at different times and to differing degrees, they pointed out.

Barlow told IPS the al-Assad government’s denial of clean water is consistent with its history of using water to punish its enemies and reward its friends.

In 2000, the Syrian regime deregulated land use and gave vast quantities of land and water to its wealthy allies, severely diminishing the water table and driving nearly one million small farmers and herders off the land, she added.

Ironically and tragically, many of them migrated to Aleppo where they are being targeted again, said Barlow,

She also said water has also been deployed as a weapon of “class war.”

Many thousands of inner city residents unable to pay their water bills have had their water services cut in Detroit, Michigan, in the United States, and more recently, as a result of Europe’s austerity programme, in Spain, Greece and Bulgaria.

“Water as a weapon of war is a strong argument to governments and the U.N. they must make real the human right to water and sanitation, regardless of other conflicts taking place,” said Barlow.

The joint report by the U.N. Children’s Fund and the World Health Organisation said about 1.6 billion of these people have piped water connections in their homes or compounds.

Titled “Progress on Drinking Water and Sanitation: 2014 Update,” the report said more than half of the global population lives in cities, and urban areas are still better supplied with improved water and sanitation than rural ones.

“But the gap is decreasing.”

In 1990, more than 76 percent of the people living in urban areas had access to improved sanitation, as opposed to only 28 percent in rural ones.

By 2012, 80 percent urban dwellers and 47 percent rural ones had access to better sanitation.

“Despite this progress,” the report warned, “sharp geographic, socio-cultural, and economic inequalities in access to improved drinking water and sanitation facilities still persist around the world.”