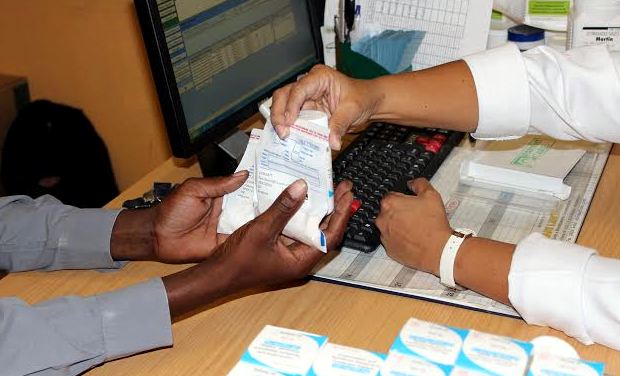 MAPUTO, Jun 19 2014 (IPS) - Chronic shortages of antiretrovirals across Mozambique are endangering the health and the lives of tens of thousands of HIV positive people on treatment.

Some 454,000 people are on antiretroviral (ARV) treatment, or just under one-third of the 1.6 million Mozambicans living with HIV in 2013, according to government figures.

“Our patients complain they are not receiving the complete dosage of medicines,” says Judite de Jesus Mutote, president of Hi Xikanwe (“we are together,” in the local Shangaan language), a group that assists people on ARV treatment in Maputo.

For ARVs to be effective, the pills must be taken every day at the same time.  Interrupting treatment has serious health consequences.

“Stopping treatment  increases viral load, causes opportunistic infections, and creates resistance to the drug, with the patient needing stronger and more expensive  medicines, which sometimes the country does not have,”  Jose Enrique Zelaya, head of the Joint United Nations Programme on HIV/AIDS (UNAIDS) in Mozambique, told IPS.

Shortages of essential medicines happen intermittently in Mozambique, but the last six months have been especially critical for ARV supply.

Press reports from across the country, but especially the central and northern provinces, tell of people going several times to the clinic, spending time and money only to return empty-handed or with two weeks supply instead of one month’s, or bribing the clinic’s staff to get the drugs.

Rural patients are most affected. “In rural areas, the distances between health clinics and patient’s homes are long, and the roads, problematic,” confirms Zelaya.

In the central province of Sofala, attacks by an armed rebel group has cut the main highway, forcing commercial traffic to drive in convoys under military escort, further disrupting supplies of essential goods like medicines.

But even Maputo, the capital, has not been spared ARV shortages, as Hi Xikanwe members confirm.

Some patients resort to buying the drugs at high prices in the informal markets, with no guarantee of their quality. Many suspect that ARVs from government clinics find their way into markets.

Salmira Ngoni*, an HIV-positive, 26-year-old mother, endured months of erratic supply at the clinic in Ndlavela, in Matola city, 20 kms north of Maputo. In December, she bribed a pharmacist to sell her 15 ARV pills without a prescription for the equivalent of 10 dollars.

In January, a frustrated Ngoni took a more drastic step: she quit the government clinic and enrolled in the DREAM programme for HIV positive people, run by the Catholic Community of Sant’Egidio. DREAM has not experienced ARV shortages.

Erratic drug supply is not new to Mozambique.

“Basically, the problem lies in poor planning from the health ministry and in the process of distribution according to demands,” says Zelaya.

Mutote agrees: “We are told the medicines are stored in the health ministry’s warehouse but the problem is distribution. They lack transport to health clinics.”

A 2010 report by the World Health Organisation (WHO) noted Mozambique’s logistical challenges “in procurement, distribution, and storage of medicines and medical products. Poor infrastructure can cause delays and harm the quality of the drugs mainly because of exposure to heat.”

According to WHO, the country’s deficit of health staff affects “the rational use of medicines due to limited capacity in prescribing medicine at clinical level and in distributing it at pharmaceutical level.”

Mozambique had 5.6 pharmaceutical professionals per 100,000 persons in 2010, said the report, one of the lowest ratios among poor countries.

Drug shortages ebb and fall, but their increasing frequency alarms foreign donors, who contribute a large chunk of the health budget for AIDS.

In April, at a press conference, Dutch ambassador Frederique de Man, the focal point for the Health Cooperation Partners, observed “the need for the public to buy medicines from informal vendors because the health units frequently run out of stocks of medicines or receive medicines that are past their expiry dates”.

De Man urged the health ministry to listen to the complaints of people and NGOs, and improve the drug supply chain.

Worryingly, ARV shortages threaten Mozambique’s plan to scale up Option B+,the treatment option recommended by WHO for HIV positive mothers. Option B+ is lifelong provision of ARV therapy to pregnant women regardless of their CD4 count.

In 2013, nearly 85,000 HIV positive pregnant women were given ARVs to prevent transmission to their babies.  Of these, half were enrolled in Option B+. This means they must get a monthly supply of 30 pills for the rest of their lives.

“It is crucial to keep these women on treatment but it is not easy due to long distances between clinics and communities,” said Guillermo Marquez, HIV specialist with the United Nations Children’s Fund in Maputo.

With 56,000 new infections among women in 2012, the needs for ARV treatment will continue to grow.

Concerning children, 12,600 were newly infected in 2013, according to government figures – an improvement over the previous year’s figure of 14,000 new child infections.

Mozambique aims to reduce the number of HIV infections among children to fewer than five percent by 2015.

But Zelaya doubts this goal can be reached in time. “To achieve it, the medicines must be available, otherwise it is impossible.”