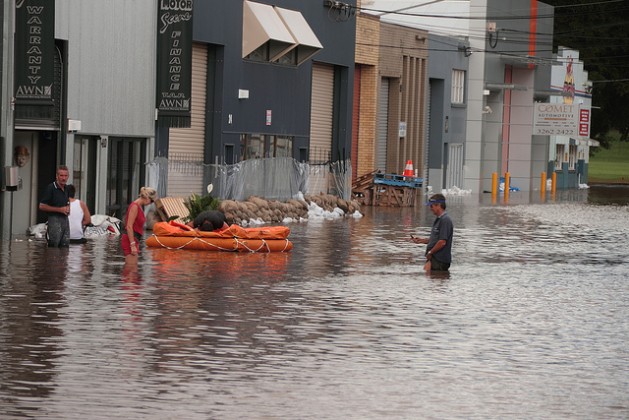 SENDAI, Japan, Mar 18 2015 (IPS) - The Third World Conference on Disaster Risk Reduction concluded on Wednesday after a long drawn-out round of final negotiations, with representatives of 187 U.N. member states finally agreeing on what is being described as a far-reaching new framework for the next 15 years: 2015-2030.

But whether the adoption of the Sendai Framework for Disaster Risk Reduction (DRR) heralds the dawn of a new era – fulfilling U.N. Secretary-General Ban Ki-moon’s expectation on the opening day of the conference on Mar. 14 that “sustainability starts in Sendai” – remains to be seen.

Margareta Wahlström, the U.N. Secretary-General’s Special Representative for Disaster Risk Reduction and the Head of the U.N. Office for Disaster Risk Reduction (UNISDR), has emphasised that the new framework “opens a major new chapter in sustainable development as it outlines clear targets and priorities for action which will lead to a substantial reduction of disaster risk and losses in lives, livelihoods and health”.

But she warned on Wednesday that implementation of the new framework “will require strong commitment and political leadership and will be vital to the achievement of future agreements on sustainable development goals [in September] and climate later this year [in December in Paris]”.

The four priorities for action are focussed on a better understanding of risk, strengthened disaster risk governance and more investment. A final priority calls for more effective disaster preparedness and embedding the ‘build back better’ principle into recovery, rehabilitation and reconstruction.

Following are excerpts of an IPS interview with UNISDR head Margareta Wahlström on Mar. 16 during which she explained the nitty-gritty of DRR. (Interview transcript by Josh Butler at IPS U.N. Bureau in New York.):

IPS: Do you think this conference would come out with solutions to reduce disaster risk?

Margareta Wahlström (MW): The conference and the collective experience has got all the solutions. That’s not really our problem. Our problem is to make a convincing argument for applying the knowledge we already have. It has to do with individuals, with society, with business, et cetera. Not to make it an oversimplified agenda, because it’s quite complex.

If you really want to reduce risks sustainably, you have to look at many different sectors, and not individually, but they have to work together. I can see myself, I can hear, there has been a lot of progress over this 10 years.

That’s what this conference is about. As much as it is about negotiating a document, now laying the ground for work in the coming decades, it is also about people learning very rapidly from each other, allowing themselves to be inspired.

IPS: An important issue is resilience. The poor and vulnerable have always shown resilience. But what we need to strengthen their resilience is money (finance for development) and technology. Do you see these two things happening as a result of this conference?

MW: Not only because of the conference. If anything, the conference will up the priorities, increase the understanding of the necessary integration of planning. In any case, historical experience shows the most critical foundation stone for resilience is social development and economic development. People need to be healthy, well educated, have choices, have jobs. With that follows, of course, in a way, new risks, as we know. Lifestyle risks.

Financial resources to acquire it can definitely be a limitation, but an even bigger limitation in many cases is capacity. If you think of money in terms of government’s own investments, which is the most critical one, I think we will see that increasing, as the understanding of what it is you do when you build for resilience, that means risk sensitive infrastructure, risk sensitive agriculture, water management systems. It’s not a standalone issue.

I think we will see an increase in investment. Investment for individuals, for the social side of resilience, in particular the focus on the most poor people, will require a more clear cut decision of policy direction, which can very probably be helped by the agreement later in this year hopefully on the post-2015 universal development agenda. That will, at best, help to put the focus on what needs to be done to continue the very strong focus on poverty reduction.

IPS: Do you think the issue of ODA (official development assistance) has any relevance these days?

MW: In terms of its size and scale, probably not, compared to foreign direct investments, private sector growth. But of course it’s got an enormous important symbolic value, and political value, as a concrete expression of solidarity.

Nevertheless to be very, very fair, still there are a number of countries that depend a lot on ODA, 30-40 percent of their GDP is still based on ODA in one form or the other. Which is probably not that healthy in terms of their policy choices at the end of the day, but that is the current economic reality. Really the need for economic development, the type of investments that stimulate countries’ own economic growth, people’s growth, need to remain a very critical priority.

That’s why I think you see, both in the SDGs discussion and this discussion, such a strong emphasis on the national resource base as the foundation, including for international cooperation.