Christine Ahn is the International Coordinator of Women Cross DMZ, a campaign of 30 international women walking for peace and reunification of Korea in May 2015.

NEW YORK, Apr 28 2015 (IPS) - A century ago, the suffragist Jane Addams boarded a ship with other American women peace activists to participate in a Congress of Women in The Hague. 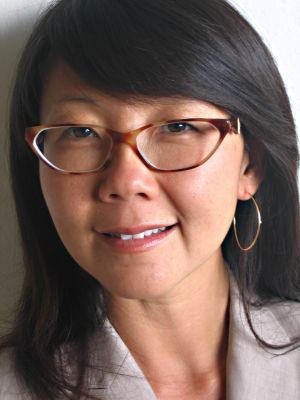 Over 1,300 women from 12 countries, “cutting across national enmities,” met to call for an end to World War I. That Congress became the Women’s International League for Peace and Freedom (WILPF), which is now gathering in The Hague under the theme Women Stop War.

Just as Addams met women across national lines to try and stop WWI 100 years ago, from May 19 to 25, a delegation of 30 women from 15 countries around the world will meet and walk with Korean women, north and south, to call for an end to the Korean War.

As WWII came to a close, Korea, which had been colonised by Japan for 35 years, faced a new tragedy. After Japan’s surrender in 1945, the United States proposed (and the Soviets accepted) temporarily dividing Korea along the 38th parallel in an effort to prevent Soviet troops, who were fighting the Japanese in the north, from occupying the whole country.

Japanese troops north of the line would surrender to the Soviets; those to the south would surrender to U.S. authorities. It was meant to be a temporary division, but Washington and Moscow failed to establish a single Korean government, thereby creating two separate states in 1948: the Republic of Korea in the south and the Democratic People’s Republic of Korea in the north.

We are walking on May 24, International Women’s Day for Disarmament and Peace, because we believe that there must be an end to the Korean War that has plagued the Korean peninsula with intense militarisation.

This division precipitated the Korean War (1950-53), often referred to in the United States as “the forgotten war”, when each side sought to reunite the country by force. Despite enormous destruction and loss of life, neither side prevailed.

This temporary cease-fire stipulated the need for a political settlement among all parties to the war (Article 4 Paragraph 60). It established the Demilitarized Zone, two-and-a-half miles wide and still heavily mined, as the new border between the two sides. It urged the governments to convene a political conference within three months, in order to reach a formal peace settlement.

Over 62 years later, no peace treaty has been agreed, with the continuing fear that fighting could resume at any time. In fact, in 2012, during another military crisis with North Korea, former U.S. Defence Secretary Leon Panetta acknowledged that Washington was, “within an inch of war almost every day.”

This assessment predates North Korea’s possession of nuclear weapons, which would be unimaginable in terms of destruction and devastation. We have no choice but to engage; the cost of not engaging is just too high.

The only way to prevent the outbreak of a catastrophic confrontation, as a 2011 paper from the U.S. Army War College counsels, is to “reach agreement on ending the armistice from the Korean War”—in essence, a peace agreement—and “giv[e] a formal security guarantee to North Korea tied to nonproliferation of weapons of mass destruction.”

Recent history has shown that when standing leaders are at a dangerous impasse, the role of civil society can indeed make a difference in averting war and lessening tensions. In 1994 as President Clinton contemplated military action, without the initial blessing of the White House, former President Jimmy Carter flew to Pyongyang armed with a CNN camera crew to negotiate the terms of the Agreed Framework with former North Korean leader Kim Il Sung.

And in 2008, the New York Philharmonic performed in Pyongyang, which significantly contributed towards warming relations between the United States and DPRK.

Christiane Amanpour, who traveled with CNN to cover the philharmonic, wrote that U.S. Secretary of Defence William Perry, a former negotiator with North Korea, explained to her that this was a magic moment, with different peoples speaking the same language of music.

Armanpour said Perry believed that the event could positively influence the governments reaching a nuclear agreement, “but that mutual distrust and fear can only be overcome by people-to-people diplomacy.”

That is what we are hoping to achieve with the 2015 International Women’s Walk for Peace and Reunification of Korea, citizen-to-citizen diplomacy led by women. We are also walking on the 15th anniversary of the passage of U.N. Security Council Resolution 1325, which calls for the full and equal participation of women in conflict prevention and resolution, and in peacebuilding.

Women from Cambodia, Guatemala, Liberia and Northern Ireland all provided crucial voices for peace as they mobilised across national, ethnic and religious divides and used family and community networks to mitigate violence and heal divisions among their communities.

Similarly, our delegation will walk for peace in Korea and to cross the De-Militarized Zone separating millions of families, reminding the world on the tragic 70th anniversary of Korea’s division by foreign powers that the Korean people are from an ancient culture united by the same food, language, culture, customs, and history.

We are walking on May 24, International Women’s Day for Disarmament and Peace, because we believe that there must be an end to the Korean War that has plagued the Korean peninsula with intense militarisation. Instead of spending billions on preparing for war, governments could instead redirect these critically needed funds for schools, childcare, health, caring for the elderly.

The first step is reconciliation through engagement and dialogue. That is why we are walking. To break the impasse among the warring nations—North Korea, South Korea, and the United States—to come to the peacemaking table to finally end the Korean War.

As Addams boarded the ship to The Hague, she and other women peace activists were mocked for seeking alternative ways than war to resolve international disputes.

It is only fitting that our women’s peace walk in Korea takes place on this centennial anniversary year of the first international act of defiance of war women ever undertook. I am honoured to be among another generation of women gathering at The Hague to carry on the tradition of women peacemakers engaged in citizen diplomacy to end war.