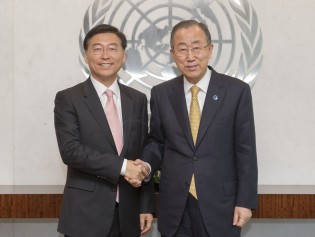 By Jim Lobe
If U.S. President Barack Obama conceived his foreign policy prospects for 2014 as a popular child’s board game, the snakes he will have to jump over significantly outnumber the ladders that can propel him to success.

By George Gao
U.S. President Barack Obama is set to host his Chinese counterpart Xi Jinping on Jun. 7-8 for their first bilateral meeting as heads of state. Figuring on their agenda is how to address a precarious North Korea, which is armed with a small nuclear arsenal and vying for a bigger one.
ADVERTISEMENT ADVERTISEMENT