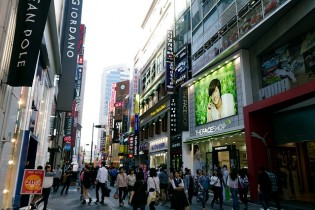 By Isamu Ueda
In recent years, Japan has found itself it in a rapidly changing security environment. The global balance of power has shifted and various new threats have emerged within the region, including the development of weapons of mass destruction and ballistic missile systems that may soon be capable of delivering them.

By John Feffer
U.S. Vice President Joe Biden wrapped up his finger-wagging tour of Asia on Friday, with a busy week of lecturing the Chinese, trying to get the South Koreans and Japanese to play nice with one another, and damning North Korea with faint praise for releasing an 85-year-old American after more than a month of detention.
Next Page »
ADVERTISEMENT ADVERTISEMENT