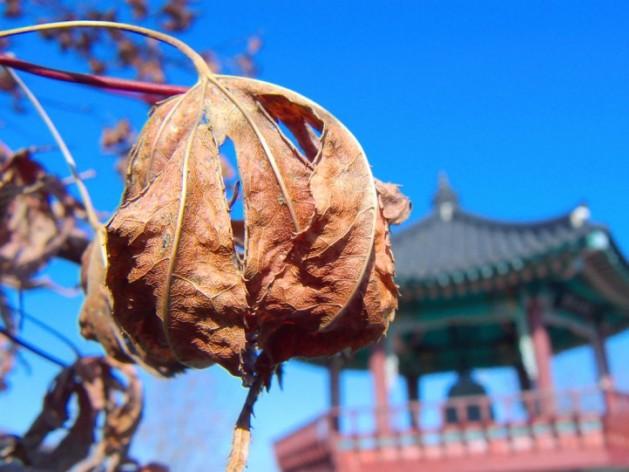 South Korea is now a rule-abiding participant in the global economy. If North Korea traded its nuclear weapons programme for a peace treaty, security guarantees, and economic development assistance, it might be able to accomplish the same trick. Credit: yeowatzup/cc by 2.0

WASHINGTON, May 14 2014 (IPS) - Small underdeveloped countries, unless they suddenly discover oil or gold, are at a distinct disadvantage in the global arena. If they play by the rules, they will remain underdeveloped. Over the last half-century, very few countries have managed to jump from the Third World to the club of richest nations.

South Korea is one of the exceptions. It managed to jump over the development gap with luck, determination, and a willingness to break the rules. The luck was South Korea’s strategic location during the Vietnam War, which provided myriad business opportunities for companies that supported the U.S. military.

For better or worse, both Koreas have recognised at some deep level that the rules of the game are rigged in favour of the already powerful.

The determination was the grit of an entire generation of people who sacrificed so much to send their children to university and thereby transformed a country of farmers into a nation of engineers, doctors, and lawyers.

The third factor, a willingness to break the rules, is the most controversial. The modernising authoritarian governments of the 1960s and 1970s were not content with the country’s comparative advantage at that time, which was to exporting raw materials.

Instead, the state directed strategic investments into sectors that produced goods that South Korea, if it were following the rules, would simply have imported from other countries. In this way, South Korea built up its iron, automobile, and shipbuilding sectors, and became a global leader. This commitment to the latest technologies laid the groundwork for future innovations in computers, software, and communications.

North Korea, in its own way, was following a similar path. It refused to take a subordinate position in the Soviet-dominated economic partnership known as Comecon. Instead, Pyongyang broke the rules of the Communist system by building up its own manufacturing capabilities.

Shut out of the capitalist global economy, however, North Korea hit a brick wall with its go-it-alone effort, and its economy began to decline after the 1970s.

But Pyongyang eventually discovered another way to break the rules and achieve something like parity with the most powerful countries in the world. Since its economy was declining relative to its southern neighbour, North Korea could no longer allocate enough money to maintain a conventional military that could serve as a deterrent.

So, it opted for the cheaper alternative: nuclear weapons. To do that, however, North Korea had to violate international rules and challenge the United States.

While other regimes that attempted something similar have failed—Saddam Hussein in Iraq, Muammar Qaddafi in Libya—the Kim dynasty appears to have succeeded with its strategy at least at one level. Although its economy remains marginal and the country labors under considerable sanctions, the political system has remained more or less intact into the third generation.

The rule-breaking spirit that unites North and South Korea has left them in very different circumstances. North Korea is a pariah state, and even its closest ally China treats the country with a measure of suspicion. South Korea, meanwhile, is profoundly integrated into the global economy and a web of security relationships.

For instance, South Korea’s ambition to catch up to the wealthier countries within a single generation required some cutting of corners, and those shortcuts sometimes proved fatal.

For many years, construction disasters were common in the country—such as the Wawoo apartment building in 1970s, the Seongsu bridge disaster in 1994, and the collapse of the Sampoong department store that killed more than 500 people and was the world’s deadliest building collapse at that point since the Roman era. All three disasters were caused by construction companies cutting corners.

The recent Sewol ferry tragedy reveals a similar inattention to rules, this time safety regulations. Accidents happen. But often what separates inconvenience from catastrophe is the amount of time and money invested in disaster preparedness. In the case of the Sewol sinking, the crew was clearly ill prepared for dealing with what was in fact a slow-motion disaster.

It’s important not to indict an entire society for the misdeeds of a few. In many respects, both North and South Korea are far more rule-bound societies than, for instance, the more freewheeling United States. But, for better or worse, both Koreas have recognised at some deep level that the rules of the game are rigged in favour of the already powerful.

The challenge is to figure out how to translate rule breaking into legitimate status rather than an outlaw reputation. In this sense, breaking the rules should be a ladder used to scale the heights before being kicked away. South Korea is now a rule-abiding participant in the global economy.

If North Korea traded its nuclear weapons programme for a peace treaty, security guarantees, and economic development assistance, it might be able to accomplish the same trick.

But the greatest challenge still looms. At a time when global inequalities are increasing, North and South Korea have to figure out how they can together break the rules and overcome the enormous economic, political, and social gap between the two countries. The rule, as established by West and East Germany, is that the more powerful absorbs the weaker, effectively canceling out the latter.

If the two Koreas manage to reunify the country in a more equitable fashion, one that honours the contributions and perspectives of ordinary North Koreans rather than simply forces them to behave exactly like South Koreans, then the countries will have transformed their mutual rule-breaking traditions into a new source of legitimacy for the peninsula as a whole.

John Feffer is the co-director of Foreign Policy In Focus.