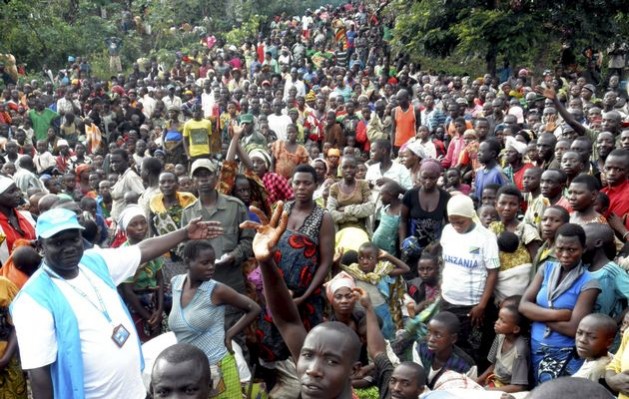 NEW YORK, May 20 2015 (IPS) - Burundi’s President Pierre Nkuruziza, who narrowly avoided his removal from office by a citizen-backed military coup, has turned against the media that closely reported the day to day protests.

Nkuruziza was out of the country in Tanzania at a meeting of East African leaders when he learned that hundreds of Burundians were cheering his overthrow and thousands were fleeing into exile. Upon his return he quickly regrouped, dismissing the defence and foreign ministers and attacking news outlets.

A press release from the Committee to Protect Journalists recapped: “In recent days, at least five radio stations were attacked during violence over an attempted coup in the capital, Bujumbura, and threats were made against a newspaper which caused it to stop publishing, according to reports.”

“We call on the authorities and the citizens of Burundi to respect the role of journalists and the media during these uncertain times, when a consistent flow of information is vital,” said Sue Valentine, CPJ Africa Program Coordinator. “Attacking news outlets is never a solution, especially when citizens need to know what is happening around them and those in power should be listening to what their people are saying.”

Last Thursday, unidentified individuals fired grenades into the compounds of privately owned stations Bonesha FM, Renaissance Radio and Television, Radio Isanganiro, and the privately owned Burundian station African Public Radio, according to reports. Another report on Thursday said that the offices of African Public Radio had been burned down, with a report saying that it had been hit by a rocket. None of the stations are currently operating.

In Burundi, where Internet penetration was only 1.3 per cent in 2013 according to the International Telecommunications Union, radio is the primary source of news.

Meanwhile, elections are going forward next month despite an outcry from citizens that the president was seeking a third term in office in violation of the constitution.

Requests that the elections be postponed were most recently received from Kenyan President Uhuru Kenyatta. Previous requests came from the Burundi’s Catholic hierarchy and the U.S. State Department, among others.

President Nkuruziza, a former rebel leader from the Hutu majority, in his first public address, thanked loyalist forces for crushing the attempted coup. He warned demonstrators to end weeks of protests against his bid for a third consecutive term in office.

Nkuruziza, who uses Twitter, then sent the following tweet: “I ask all Burundians to keep calm. The situation is under control.”