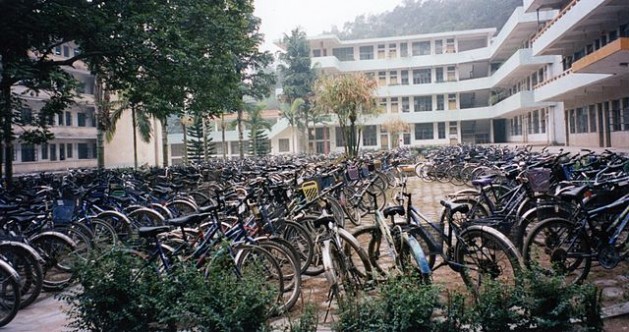 Conducted by YouGov, it covers 15 countries on four continents, including the two biggest emitters of greenhouse gases, the United States and China, and seven members of the G20 group of major economies.

The results come as nations prepare for a new round of climate talks in Paris in December, and confirms that the vast majority of people surveyed, in both developed and developing countries, want a strong deal to reduce greenhouse gas emissions.

A 10-day meeting to hone the draft text of the Paris climate agreement began last week in Bonn, Germany.

Also meeting in Germany Monday, the Group of Seven (G7) announced that it will push for nations to aim for emission cuts near 70 percent of 2010 levels by mid-century.

But China may already be ahead of the game.

A new study by the London School of Economics (LSE) released Monday predicted that China’s greenhouse gas emissions could peak by 2025, five years earlier than the time frame indicated by Beijing, thanks to steady reductions in coal consumption.

Scientists say the earlier peaking would restrict emissions to between 12.5 and 14 billion tonnes of carbon dioxide, and could help avoid a potentially catastrophic two-degree C global temperature increase.

According to the YouGov survey, fears about climate change are greatest in the Asia-Pacific region, which is especially vulnerable to sea-level rise, droughts and storms.

Some 82 percent in Indonesia consider climate change a “very” serious problem, along with 69 percent in Malaysia and 52 percent in China, the median figure for the region.

In Europe, a median figure of 41 percent consider climate change very serious. Germans are most concerned (50 percent) and Britons least (26 percent). Americans fall somewhere in the middle of the Europeans, with 38 percent very concerned.

In most countries, the most popular strategy for governments to take leadership roles at the Paris talks was by setting ambitious targets.

The deal (which is far from certain) comes on the heels of fairly weak pacts made in Kyoto and Copenhagen fell short, and could be humanity’s last chance to avoid the worst effects of climate change.

Only a small minority want to see no agreement made.

There are some big differences between some of the countries polled, including some of the worst polluters. Sixty percent in China favour a leadership role for the country, versus only 44 percent in the United States and 41 percent in Britain.

Americans are also the most likely to want no involvement in an international climate change agreement, at 17 percent. Some 48 percent of the French public, who will be hosting the talks, support the most ambitious approach, while 35 percent opt for moderation and 3 percent want to play no part.

A bare majority – 51 percent – of Americans don’t think their government is doing enough to address climate change. This is higher than the European median of 45 percent (though the American public is also most likely to say the government is doing too much, at 21 percent).

In Denmark, home to the failed 2009 climate conference, only 37 percent desire additional government action. On the other hand, 57 percent of Germans and 58 percent of the French want their country to do more.