In this column, Fredrik S. Heffermehl, a Norwegian lawyer and author who has published books on the Nobel Peace Prize and established the Nobel Peace Prize Watch (nobelwill.org), takes the legal case of Fredrik Fasting Torgersen to argue that courts around the world often fail to see the difference between similarities and probabilities, compounded by the lack of training for assessing probabilities correctly.

OSLO, Jun 24 2015 (IPS) - When he died at the age of 80 on Jun. 18 in Oslo, Fredrik Fasting Torgersen had divided Norway for 56 years and the “Torgersen case” had attracted international interest in forensic science circles, among them the U.S.-based Innocence Project.

The case has a lot to tell us about evaluation of evidence, and how to avoid wrongful convictions.

At 24, Torgersen was convicted as the murderer of a 16-year-old woman found brutally killed in a basement in the house where she lived. He served 16 years in jail, but always insisted on his innocence and enjoyed a wealth of support. 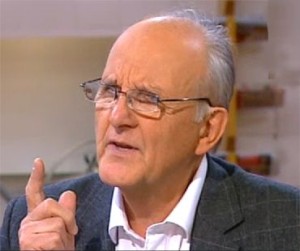 Norway’s chief prosecutor (Riksadvokaten) and the judiciary have time and again turned down appeals for a reversal, but they are increasingly alone in their view; criticism from scientists, authors and the general public has grown steadily.

Torgersen had a prior record with the police when, just after midnight on Dec. 6, 1957, he was arrested in the centre of Oslo, suspected of having stolen a bicycle. During interrogation, the police station received a report of a young woman found dead in the same area. The police immediately suspected Torgersen and, in the coming weeks and months, collected everything that could appear to prove their theory.

The police were so convinced of his guilt that obvious exculpatory evidence, such as the lack of blood splatter on Torgersen´s clothing, was ignored.

Today, it is generally recognised that police must not focus on one suspect too early, and that material deemed “uninteresting” by the police must be made available to defence attorneys and the court.

Yet, the aspect of the case that seems to call for a revolution, in no way limited to Norway, has to do with evaluation of evidence. Courts lack training essential for assessing probabilities correctly.

“Judges (and defence attorneys) must be trained in basic scientific methodology, logics and elementary statistical principles. Only then will they be able to unmask apparently impressive expert testimony not underpinned by empirical research on the real world and its variations”

At the original trial of Torgersen in 1958, the prosecutor presented three forms of technical evidence and a series of experts who told the court that unique aspects of this evidence (a bite mark, traces of faeces, and some spruce needles) amounted to total probability, indisputable proof, that Torgersen had been at the crime scene and left a bite mark on the breast of the murdered woman. The court relied on “likenesses” as conclusive evidence against him.

It applies all over the world – courts fail to see the difference between similarities and probabilities.

A bite mark tells that the killer had teeth, meaning it could be anyone. Unique traits are needed. When a dentist testifying against Torgersen told the court that the teeth had met “edge-to-edge” and that this clearly pointed to Torgersen, the defence attorney asked: “How unusual, one in two, in ten, in fifty, or one in a thousand?” The dentist could not tell, but the court did not understand what was at issue.

If the court had understood, this type of question would have been asked not only once, but again and again in the case, in all other cases in all courts, everywhere. Likeness in itself tells nothing. To draw conclusions about probability and uniqueness, one always needs to know normal frequencies.

This was the key discovery made in 2001 by the Oslo professor of criminal law, Ståle Eskeland, who, after 20 years on the case, leads a very broad effort for reversal of the Torgersen conviction.

Eskeland has explained this elementary rule of conclusions theory to the courts repeatedly, but they seem unable to grasp it. Courts have continually upheld the Torgersen conviction without even the smallest comment on the probability argument.

In a recent debate, a leading defender of Torgersen, Professor Per Brandtzæg, Norway´s most internationally quoted scientist, supported Eskeland. In a rebuttal, the former director of the Norwegian Courts Administration, Tor Langbach, insisted that the courts are critical, they ask questions.

He seems to miss the point. Not only must the courts ask the experts questions, says a professor of law in Oslo, Leif Petter Olaussen, they must ask the right questions.

To do so, judges (and defence attorneys) must be trained in basic scientific methodology, logics and elementary statistical principles. Only then will they be able to unmask apparently impressive expert testimony not underpinned by empirical research on the real world and its variations.

Olaussen refers to an example of the horrific consequence of not asking the right question. Ten years ago a court found an employee in a kindergarten guilty of sexual abuse. Some rumours had circulated (children are fanciful) and, based on testimony from two doctors about unusual red marks around the vaginas of the small girls, the court concluded that improper conduct had occurred. Someone must have done it, and the most likely was Mr. NN (!), who was then whisked off to jail.

The court should have inquired about the research basis for calling red marks unusual. There was no such research at the time, only ten years later. Red marks are normal. The judgment was reversed.

Torgersen died in peace, he felt acquitted by both public and experts and knew that a solid group would continue to take his case forward. Just one week before he died, a new request for reversal was submitted by two heavyweight attorneys, Cato Schiøtz and Pål W. Lorentzen.

After 64 years, the file is enormous, but the case is still very simple – the lawyers found no valid evidence against Torgersen, but a whole lot that exculpates him.

One day, Norway and the world will thank Torgersen for a lifelong effort in the service of justice. (END/COLUMNIST SERVICE)