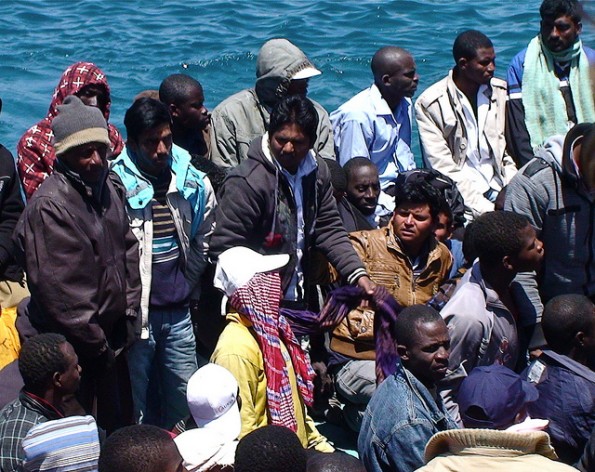 NEW YORK, Jun 15 2015 (IPS) - One in five migrant workers – about 50 million people – lives and works in Europe, making the region home to a quarter of global remittance flows, according to a new report by the International Fund for Agricultural Development (IFAD).

Migrants living in Europe sent 109.4 billion dollars in remittances to lower-income European countries and to the developing world last year.

And the actual figures for many countries could be substantially higher than official estimates due to the frequent use of informal channels to transfer money.

“We need to make sure that this hard-earned money is sent home cheaply but more importantly that it helps families build a better future for themselves, particularly in the poorest rural communities where it counts the most,” said Kanayo F. Nwanze, president of IFAD, about the report’s findings.

IFAD estimates that globally 80 billion dollars could be available for investment if migrant workers and receiving families in rural areas were given more options to use their funds.

The report comes at a time when Europe is taking heavy criticism over its policies towards migrants, especially with respect to the Syrian refugee crisis.

In the last two decades, the Mediterranean – the most lethal of Europe’s barriers against irregular migration – has claimed nearly 20,000 migrant lives.

Figures for 2014 and this year indicate that the phenomenon is on the rise, with more migrant deaths than ever before.

However, people to continue to brave the perilous crossing, or over land borders, and an estimated 150 million people worldwide now benefit from remittances coming from Europe.

The report says that most remittances are spent on staples like food, clothing, shelter, medicine and education. However, studies indicate that up to 20 per cent of remittances could be available for savings, investments or to repay loans for small businesses.

With 40 per cent of remittances going to rural areas, the report also suggests that remittances play a critical role in the transformation of vulnerable communities. In fact, remittances are estimated to equal at least three times official development assistance to developing countries.

“The immense potential of remittances for development is still largely underutilized but it is within our capacity to make every hard-earned euro, ruble, pound, krona, or Swiss franc sent home count even more,” said Nwanze.

Western Europe and the Russian Federation (26 total sending countries) are the main sources of migrant remittances in Europe.

“Remittances offer a unique opportunity to bring millions into the formal financial sector,” said Pedro De Vasconcelos, co-author of the report and Coordinator of the Financing Facility for Remittances at IFAD.

“Given the frequent interaction between remittance senders, receivers and the financial system, remittances could spark a long-term and life-changing relationship.”

While significant progress has been made over the last few years to lower transfer costs, De Vasconcelos added that more could be done through increased competition. By reducing transfer costs to 5 per cent, as per the G20 objective set in 2009, an additional 2.5 billion dollars would be saved for migrant workers and their families back home.