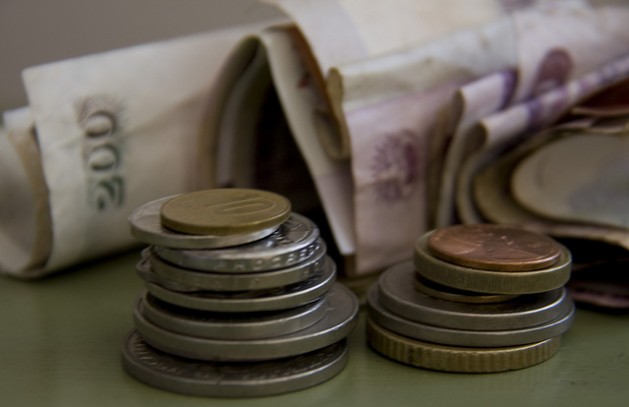 The ICT sector employed more than 14 million people in OECD countries in 2013, almost 3 percent of jobs in the 34-country bloc. Credit: Kristin Palitza/IPS

PARIS, Jul 30 2015 (IPS) - The digital economy permeates countless aspects of the world economy, impacting sectors as varied as banking, retail, energy, transportation, education, publishing, media or health. But the full potential of the digital economy has yet to be realised even in the world’s most advanced and emerging countries, says a new report.

On the one hand, Information and Communication Technologies (ICT) are transforming the ways social interactions and personal relationships are conducted, with fixed, mobile and broadcast networks converging, and devices and objects increasingly connected to form the Internet of things.

On the other hand, none of the 34 countries of the Organisation for Economic Co-operation and Development (OECD) has a national strategy on protecting online privacy or funding research in this area, which tends to be viewed as a matter for law enforcement authorities to handle, says the report.

The OECD Digital Economy Outlook 2015, which covers areas from broadband penetration and industry consolidation to network neutrality and cloud computing in the OECD and its partner countries like Brazil, Colombia and Egypt, also stresses the need to do more to offer information and communication technology (ICT) skills training to help people transition to new types of digital jobs.

In a 2014 OECD survey, 26 out of 29 countries considered building broadband infrastructure as their top priority and 19 of 28 countries put digital privacy and security second and third, observes the report.

Other surveys cited in the report suggest that two-thirds of people are more concerned about their online privacy than a year ago and only a third believe private information on the Internet is secure. More than half fear monitoring by government agencies, adds the report.

Other important findings in the Digital Economy Outlook are:

Of 34 countries surveyed, 27 have a national digital strategy. Many were established or updated in 2013 or 2014. Most focus on telecoms infrastructure, broadband capacity and speed. Few cover international issues such as internet governance.

Seven of the OECD’s 34 member countries count more than one mobile broadband subscription per person. Around three-quarters of smartphone use in OECD countries occurs on private Wi-Fi access via fixed networks.

All OECD countries have at least three mobile operators and most have four. Prices for mobile services fell markedly between 2012 and 2014 with the biggest declines in Italy, New Zealand and Turkey. Prices rose in Austria and Greece, however.

The ICT sector employed more than 14 million people in OECD countries in 2013, almost 3 percent of jobs in the 34-country bloc. ICT employment ranges from above 4 percent of total employment in Ireland and Korea to below 2 percent in Greece, Portugal and Mexico.

ICT venture capital is on the rise again and is now back at its highest level in the U.S. since the dot-com bubble.

Korea is the most specialised of OECD and partner countries in computer, electronic and optical products; Luxembourg is strongest in telecoms; while Ireland, Sweden and the UK are most specialised in IT and other information services.