In this column, Federico Lavopa, Professor, University of San Andrés and University of Buenos Aires, argues that the way in which the investor-state dispute settlement (ISDS) system was used to handle a spate of claims from foreign investors against Argentina following its economic and financial crisis of 2001/2002 has shown up flaws in the system and the need for its reform.

Inconsistent decisions, poorly reasoned awards, lack of transparency, parallel proceedings, serious doubts about arbitrator’s impartiality and the sheer size of the compensations sought by investors and awarded by arbitration tribunals are just some examples of the flaws that have been pointed out by detractors of the system. 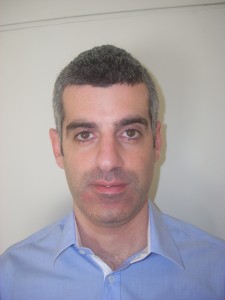 The dozens of cases that were initiated against Argentina as a result of the outburst of one of its worst economic and financial crises in late 2001 became an often-quoted sad illustration of many of these shortcomings of the ISDS system.

Apart from the tragic consequences entailed by the economic and political crisis which was faced by Argentina, in particular in 2001/2002, which included a fall in gross domestic product (GDP) per capita of 50 percent, an unemployment rate of over 20 percent, a poverty rate of 50 percent, strikes, demonstrations, violent clashes with the police, dozens of civil casualties and a succession of five presidents in 10 days, Argentina received a flood of claims from foreign investors that were filed under different ISDS mechanisms and, in particular, before the International Centre for Settlement of Investment Disputes (ICSID).

Indeed, in the period 2003-2007, claims against Argentina represented one-quarter of all the cases initiated within the framework of the ICSID Convention. These claims before international arbitral tribunals challenged the changes to the economic rules that Argentina had implemented to contain the effects of perhaps the worst economic cycle of its history.

After 1991, Argentina had embarked on an economic deregulation and liberalisation programme. Among others, this programme included the convertibility of the Argentine peso and the creation of a currency board to maintain parity between the peso and the U.S. dollar by limiting the local money supply to the amount of Argentina’s foreign exchange reserves.

“If all investors that sued Argentina had obtained 100 percent of their claims, the total amount that the country should have had to bear would have been at around 80 billion dollars”

This economic and pro-market programme was accompanied by a strong emphasis on the attraction of foreign investment which, among other aspects, resulted in the conclusion of 58 bilateral investment treaties (BITs) – 55 of which came into effect.

It also included a mass privatisation process of public companies which, at that time, represented an important part of the domestic economy.

This market-oriented model reached its limits in the late 1990s, and in May 2003 a new president took office, whose government reformed the regulatory framework for the economy – particularly that for the public services privatised over the 1990s – and introduced a package of emergency laws which implied a considerable change in the conditions under which foreign investors and, in particular, public services providers had to run their business in Argentina.

As a consequence, many of them decided to resort to the investor-state dispute settlement mechanisms embodied in the dozens of bilateral investment treaties that Argentina had signed in the 1990s. In total, in the period 2001-2012, exactly 50 cases were filed against Argentina.

A striking characteristic of the Argentinian experience is the amount of requests for compensations made by the companies that sued Argentina. According to estimates made when the peak of cases following the crisis was reached, if all investors that sued Argentina had obtained 100 percent of their claims, the total amount that the country should have had to bear would have been at around 80 billion dollars.

This sum would have been practically impossible to pay, even if Argentina had not been undergoing a period of acute economic crisis, because it represented approximately 13 percent of Argentina’s GDP for 2013.

Although Argentina’s response to this flood of cases was varied and it is still early to offer definite figures, it is already possible to conclude that, in general, arbitration tribunals were prone to render awards in favour of investors.

Almost 45 percent of the cases have received a condemnatory award, although most of these cases could still be reversed by annulment proceedings, whereas only 15 percent of the arbitration proceedings ended up with a final decision completely in favour of Argentina. The remaining 30 percent are mostly cases which resulted in an agreement between the parties or which were altogether suspended.

All in all, of the 80 billion dollars of the possible amount of compensations calculated when the peak of cases against Argentina was reached following the crisis, Argentina has so far received final rulings involving the payment of 900 million dollars.

The first salient conclusion is that the ISDS system has a very low capacity to adapt to totally exceptional circumstances for which it does not seem to have been designed. Despite the efforts of Argentinian attorneys to show that the measures implemented in the post-crisis period were adopted in an emergency context, being so exceptional as to justify any breach of the substantial clauses of the BITs, few tribunals were prepared to sustain this defence.

This notwithstanding, and with most of these cases having already been dealt with, the upcoming scenario for Argentina seems much less drastic than that forecast when the peak of cases was reached.

While they represent a heavy burden for a developing country like Argentina, so far the compensations actually paid amount to a small portion of the sum initially estimated.

The Argentinian case also represents a worrisome example of the failure of the ISDS system to ensure coherence and soundness in its decisions.

Although the dozens of cases submitted against Argentina addressed exactly the same package of measures (the post-crisis emergency laws) and  had to assess very similar arguments of the different claimants and a practically identical series of defences put forward by the Argentinian government, the conclusions at which they arrived have shown striking differences.

Additionally, some of the decisions have been subject to strong criticism and/or declared null and void by annulment committees.

Finally, the experience of Argentina shows the difficulties that arbitration tribunals might encounter when trying to scrutinise the economic policy choices made by governments. On top of the sensitiveness of examining sovereign decisions of States, arbitrators might find themselves in the awkward situation of deciding on highly technical matters which they are clearly ill-equipped to assess.

The case of Argentina thus represents a sad example of the urgent need to reconsider and reform the ISDS system. Yet, the lessons to be drawn from this experience do not seem to lead to clear conclusions about which direction to take.

On the one hand, the system has proved to be extremely inflexible, which prevented it from addressing the exceptional peculiarities of the Argentinian case. On the other hand, however, the wide margin of discretion available for the arbitral tribunals resulted in the adoption of inherently poor decisions, and with high levels of incoherence among them. (END/COLUMNIST SERVICE)

*  This column is based on a paper with the same title published as South Centre Investment Policy Brief No 2, July 2015, available here.