Opinion: Will African Leaders Fight for our Farmers?

Sipho Mthathi is the Executive Director of Oxfam South Africa.

PRETORIA, Oct 11 2015 (IPS) - Climate change is changing the world we know and love. Our land, homes and food are at risk. With nearly a billion people already living in poverty, it is also the single biggest threat to the fight against hunger. 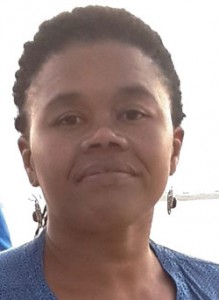 As world leaders gather in Paris this December to hammer out a climate deal at the Conference of the Parties (COP21), those representing Africa need to take a bold stance.

Pastoral and indigenous communities across Africa are highly vulnerable to changes in climate. In December, Africa needs to stand together and negotiate for more funding for adaptation that will be adequate, predictable and much greater than what has been forthcoming up until now.

Across the continent of Africa, we are already seeing threats to our food supply due to less reliable rainfall patterns, rising temperatures and a greater number of extreme weather events. Millions of Africans are already living with extreme poverty and our future as a continent depends on their survival.

One such person is Mary Matupi, a farmer from the Rumphi district of northern Malawi. Matupi grows maize on a small piece of land, with a normal harvest yielding almost 80 bags weighing 50 kg each. However, in the last growing season she managed to produce only 15 bags due to a delay in the rains. Matupi told us that “if we don’t act to stop climate change, harder times are still to come and we will suffer.”

Women like Matupi are the majority of smallholder producers across Africa – they are the face of 60 to 80 per cent of food production labour across sub-Saharan Africa. Erratic rainfall substantially impairs their capacity to provide for their families and their communities. Like millions of others, Matupi is simply trying to feed her family, her community and, ultimately, her country.

Many places in Africa could experience even greater warming than the global average – a 4C warmer world could potentially be 6C warmer in some African countries. According to the United Nations’ climate agency, the UN Environmental Programme (UNEP), changes in water availability and temperature will have a huge effect on African agriculture (where 97 per cent of production is rainfed and 60 per cent of the continental labour force works in this sector). With sea levels rising, many African low-lying countries are at risk of losing their farmland. The financial losses could be especially great in the coastal areas of Mozambique, Senegal and Morocco.

One example of how technology and new methods have assisted farmers is the story of Kabugho Ruth from Uganda. Ruth says that adopting new methods of farming has already ‘done wonders for her’. By constructing terraces in her coffee/banana garden, Ruth was able to triple her production. Imagine what financing can do for other small-scale farmers across the continent.

African farmers are demonstrating both their resilience and commitment to climate action and they deserve our support.

They are not alone. Across the continent the Africa People’s Petition is aiming to collect one million signatures ahead of COP21 to demonstrate African support to prioritize climate change. Across the continent, organizations are mobilizing on World Food Day this 16 October as part of the Women Food Climate campaign, which highlights the role of women small scale producers in meeting food needs in Africa and their struggle against the impacts of climate change.

Farmers like Matupi and Ruth need their governments to play their part by fighting for funds that can help mitigate the impact of climate change.

Conservative estimates predict that Africa will need approximately US$95 billion a year by 2050.

African leaders must avoid the same path of profit-led, destructive high-carbon development – formerly pursued by rich countries – which brought us to the current crisis.

To achieve this we need visionary leaders who will go to the Paris negotiations calling for a global shift to renewable energy use. And they should be unrelenting in claiming the climate financing and technology that we need.

Small-scale farming provides most of the food produced in Africa, as well as employment for 70 per cent of working people. On this World Food Day, we cannot allow our small scale farmers to be forgotten in Paris. A significant climate adaptation financing deal in Paris could change the lives of farmers like Mary Matupi and Kabugho Ruth forever and ensure the continent is able to feed itself.

We cannot ignore this opportunity.