Global Hunger and Undernutrition Could End by 2025

But the Washington-based International Food Policy Research Institute (IFPRI) has launched an ambitious new initiative to help end global hunger by 2025 – five years ahead of the UN target. 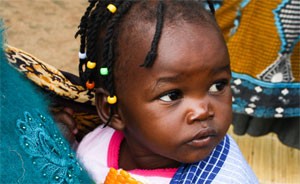 IFPRI believes that its initiative, dubbed Compact2025, can help end global hunger by 2025 if countries replicate strategies that worked in places such as China, Brazil, and Thailand, where huge strides have been made toward reducing hunger.

“We can eliminate both hunger and undernutrition, and we can do so by 2025—which will also help end extreme poverty and will contribute to achieving multiple Sustainable Development Goals,” says IFPRI.

But there are significant knowledge gaps related to eliminating hunger and undernutrition that must first be filled for effective and cost-efficient action, IFPRI said.

Compact2025 is described as an inclusive global effort to support countries, institutions, and initiatives for the elimination of hunger and undernutrition by 2025.

It will work toward this goal by identifying pragmatic, innovative, and action-oriented strategies to address challenges on the ground while learning from stakeholders at all levels and from multiple sectors, including agriculture, nutrition, and health.

Compact2025 also plans to address these gaps by acting as a ‘Knowledge and Innovation Hub’ that will help guide countries in developing and implementing strategic actions for food security and nutrition.

Dr. Shenggen Fan, IFPRI’s director general, told IPS eliminating hunger and undernutrition in 10 years is a huge task, but it can be accomplished.

He pointed out that Brazil, China, Thailand, Peru, and Vietnam have each dramatically reduced hunger and undernutrition in a relatively short time.

The region also reduced the proportion of hungry people by more than half, in the context of the Millennium Development Goals (MDGs), which is fast moving towards its 2015 deadline by the end of December.

During the Nov. 15-17 Forum, delegates of the national chapters of the Parliamentary Front Against Hunger (PFH) also reasserted their determination to promote laws to “break the circle of poverty and enforce the right to food” in the region.

Dr Fan said learning from the experiences of the five Asian and Latin American countries, “and leveraging strong international and national commitments to end hunger and undernutrition, it is possible to accelerate progress even further, he added.

While not all the MDGs have been achieved, the world has made incredible progress in reducing extreme poverty and hunger, he noted.

Compact2025’s work will also support the achievement of many other SDGs (e.g. Goals 1: End poverty in all its forms everywhere, and Goal 3: Ensure healthy lives and promote well-being for all at all ages).

The 2025 target relates to many of the SDGs because ending hunger and undernutrition are stepping stones to ending extreme poverty, said Dr Fan, who received the Hunger Hero Award from the World Food Programme (WFP) in 2014 in recognition of his commitment to, and leadership in, fighting hunger worldwide.

The 17 Sustainable Development Goals (SDGs), which were adopted by world leaders at a summit meeting in September, also include the eradication of poverty by 2030

To inform actions that lead to concrete results, Compact2025, through its Knowledge and Innovation (K&I) Hub, will provide policymakers and practitioners with context-specific, evidence-based advice on scaling up success stories to end hunger and undernutrition.

IFPRI said Compact2025 will also build the knowledge-base and promote innovations to help countries develop, scale up, and communicate policies and programmes for the biggest, most cost-effective impacts—and in doing so will help weed out ineffective or inefficient policies and prevent a duplication of efforts.

To build on existing momentum, Compact2025 will complement established networks such as Scaling Up Nutrition (SUN) and initiatives such as the Zero Hunger Challenge.

Additionally, it will also work with those who are already dedicated to achieving this goal by 2025 such as Bangladesh, Ethiopia, and Rwanda at the national level; the African Union at the regional level; and the European Commission, International Fund for Agricultural Development (IFAD), and World Food Programme (WFP) at the institutional level.

Compact2025 will contribute with the following approaches and activities:

• Serving as a Knowledge and Innovation Hub for stakeholders at all levels. • Sharing experiences, problems, and solutions within and across countries. Supporting evidence-based policies and experiments • Using pilot projects and policy experiments to strengthen the design, sequencing, and scale-up of successful policies and strategies.

Asked how much of funding is needed to achieve the goal of eradicating hunger, Dr Fan said that according to the Food and Agriculture Organization (FAO), investing 50 billion dollars per year can end hunger by 2025 (Schmidhuber and Bruinsma 2011).

The World Bank et al. estimate that 50 billion dollars over the next 10 years for a package of micronutrient interventions can help meet global stunting targets by 2025.

Additionally, IFPRI research found that investing in 100 dollars per child, or 75 billion dollars per year, can help reduce child stunting in four years (Hoddinott 2013). These estimates are just a fraction of the annual SDG funding requirement of trillions of dollars.