Hazel Henderson, president of Ethical Markets Media (USA and Brazil) is economist and author of Mapping the Global Transition to the Solar Age and other books.

MIAMI, Florida, Nov 17 2015 (IPS) - We humans are acutely aware of risks. From our earliest times, the risks we faced were from hunger, predatory animals, extreme environmental conditions and, as our numbers grew, from other human tribes. 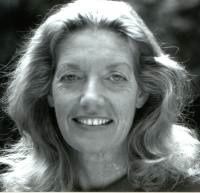 Fast forward to our growing mastery of nature, technological prowess and the Industrial Revolution. The risks humans faced changed beyond those always present in extreme environmental conditions. The technologies we developed against such risks – advancing our energy, shelter, food and health systems – also created new risks, often unforeseen for decades. Conflicts with other humans grew as the human family colonized every part of our planet, stressing ecosystems and driving other species to extinction.

Yet views about these risks and priorities in addressing them are all over the map. This disparity is largely due to different views on how these new risks arose, who is to blame (since they are mostly humanly self-inflicted). This underlying debate about causes of today’s risks still hampers agreement on how to address let alone solve them or mitigate their effects.

I attended a conference on “Playing for the Long-term” in New York, November, 3, 2015, hosted by the New York Times convening some 500 Wall Streeters. Their views focused on these risks, as well as those disrupting finance posed by the incursions of Silicon Valley startups threatening to bypass Wall Street: crowdfunding, peer-to-peer lending, cellphone banking, social media and electronic startups based on Internet platforms. Risks from cyber attacks also focused much attention. Risks from the wider world received little attention – even those now impinging on coal and oil stocks from activists divesting from fossil fuels. I asked Morgan Stanley CEO James Gorman if he agreed with Bank of England head Mark Carney that many fossil fuel reserves could never be lifted or burned without further damage to the global climate and that these assets would be devalued. Mr. Gorman allowed that climate change was a problem, but that it was “not our business.”

Climate risk was hardly raised until one of the last speakers, former US Vice President Al Gore, explained how his London-based investment firm Generation Investment Management had produced healthy financial returns on $10 billion dollars of client assets by investing beyond fossil fuels in the more efficient, knowledge-rich technologies of renewable energy companies and the growing next economy: the Solar Age. Unfortunately for the rest of us, financial players like economists see risk in terms of money – forgetting that currencies are simply units of account which track and keep score of human transactions and interactions with nature’s resources.

So it still seems a question of “What risks?” – where and how they arise. How can we come together to share responsibility for our common future on this planet, powered daily by free energy from the Sun? As the beleaguered beautiful city of Paris prepares to host the UN Climate Summit from November 30 to December 11, 2015, even the world’s scientists of the Convention on Climate Change find their assessments of climate risk challenged not only by those denying that humans caused it, but that their models under-estimated these risks.

A UNEP Emissions Gap Report assessed the 119 Intended Nationally Determined Contributions (INDCs) submitted by the UN Framework Convention on Climate Change (UNFCCC) October 2015, covering 88 per cent of global GHG emissions in 2012. This indicates these efforts could cut up to 11 gigatons of CO2 equivalents from projected emissions by 2030. But, this is only half of the total required if there is a chance of staying below the target of below 2 degrees Celsius of warming by 2100. UNEP Executive Director Achim Steiner said that these INDC levels are an increase in ambition levels but not sufficient to reach this 2C target.

Are these new climate risks insurmountable? Most experts say that there is time, but it is fast running out.

The good news is that more decision-makers and citizens in all sectors have ended their focus on fossil fuels and now recognize that our planet has always been amply powered by the Sun’s daily shower of free photons. Atmospheric CO2 can be returned to soils, deserts can be greened and ecosystems regenerated as finance is redirected by the 2° Investing Initiative. We humans have all the technology we need to scale up the next economy of efficient renewable resource technologies, as we track in our Green Transition Scoreboard® currently showing 6.22 trillion dollars of private investments in these Solar Age companies and technologies.