Milan, IULM University, Jan 13 2016 (IPS) - “The truth is, immigrants tend to be more American than people born here” (Chuck Palahniuk, journalist and author of the best seller “Fight Club”). Currently migration has risen to the top of the international agenda, along with climate change and terrorism.

While the spotlight in the last two years has mainly been on illegal immigration mainly in Europe and the Near East and North Africa, flows of illegal immigrants have also been increasing between the USA and Mexico.

Why do individuals feel compelled to migrate to another land? 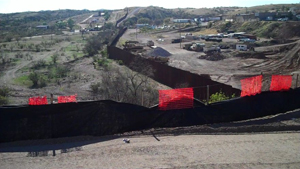 The issue of Mexican people who pursue the “American dream” has led to considerable debate in US politics. Migrants’ dreams to find better living and working conditions are so vivid that ; many are not afraid to risk their own lives. When you have nothing to lose, nobody will be able to stop your determination.

With the US Presidential elections scheduled for 16 November 2016 the campaign is already on fire.One US presidential hopeful candidate who has never been afraid to speak out is leading Repubblican candidate Donald Trump

The powerful tycoon doesn’t waste his xenophobic hyperbole in demonstrating his contempt of “Latinos”. One of his last ideas for his campaign was to state that “we are going to build a wall, and the Mexican government is going to pay for the wall”.

On the other side of the political spectrum is Facebook co-founder Mark Zuckerberg who advocates for a pro-immigration campaign.

The republican billionaire attacks Zuckerberg saying that: “future employees’ applications should be applied to US citizens before those of foreigners”. While accusing Zuckerberg of taking-on immigrants just to save money”.

Immigration can be a serious problem but, at the same time, it can also be a problem solver. The immigrant workforce can be used to fill positions that many Americans wouldn’t consider.

That said, critical to the argument is that government needs to build a working social system that will be effective in helping immigrants to integrate successfully. Better to confront the problem head-on than to skirt around the issue half-heartedly.
.
Ilegal immigration can be dangerous because of all the hidden economic interests behind it, in an ideal democracy we should give more opportunity to all of those who want to contribute to the greatness of one Country.

In the words of one of the country’s biggest supporters of immigration, current US President, Barak Obama: “What makes someone American, isn’t just our blood or birth, but allegiance to our founding principles and faith in the idea that anyone, from anywhere, can write the next chapter of our story.”