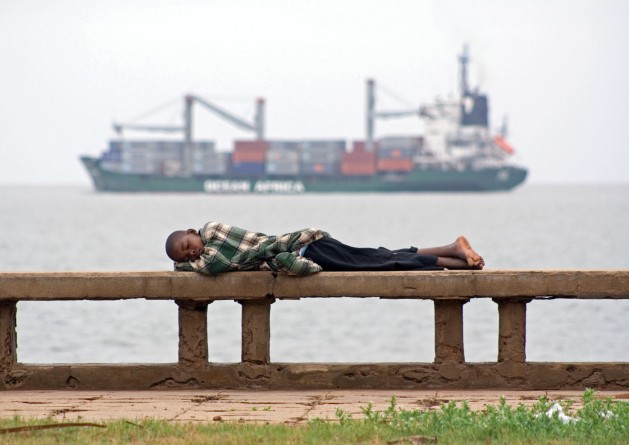 Global tax rules mean companies pay taxes where their headquarters are located not in the countries where they operate. Credit: Thembi Mutch/IPS

Apr 19 2016 (IPS) - Over one hundred developing countries continue to be left out of global tax cooperation negotiations despite leaks such as the Panama papers showing the high cost of tax avoidance.

“Rich countries (get) together in a closed room and decide on what they call global tax rules,” Tove Maria Ryding a civil society representative on the Financing for Development (FfD) Group told journalists here Monday.

The current process which is coordinated by the 34 member Organisation for Economic Cooperation and Development (OECD) is “extremely undemocratic,” said Ryding, who is also tax justice coordinator at the European Network on Debt and Development (Eurodad).

The Group of 77 and China, which represents 134 UN member states has “repeatedly called” for the UN to have a greater role in global tax cooperation. It argues that this would “(strengthen) international cooperation in tax matters,” and “allow all member States, including developing countries, to have an equal say on issues related to tax matters.”

However this proposal was rejected at the UN’s important 2015 summit on Financing for Development leaving the OECD with continued control over global tax matters.

Ryding says that the rules which continue to be written by the OECD disadvantage developing countries. For example, she said, when a company operates in more than one country, the OECD rules decide that the taxes should mainly be paid in the country where the company has its headquarters. This advantages OECD countries, she said, where headquarters are normally located, and disadvantages developing countries where companies perform substantial parts of their operations.

Ryding said that developing countries were being asked to follow these rules despite not being given a chance to participate in making them.

After the UN Financing for Development summit in 2015 she said that the OECD “adopted almost 2000 pages of new decisions on what they call global tax rules.”

Developing countries are often left out of these meetings, or when they are asked to participate they are charged an expensive bill, said Ryding. By comparison all UN members already had representation at the United Nations, she said, so participating in these talks within the UN would be less costly.

She said that World Bank President Jim Yong Kim suggestion, reportedly made last week, that a UN tax body would be funded by aid money was incorrect.

Ryding spoke during a press conference at the beginning of a three-day follow-up to last year’s Financing for Development conference.

Other development financing issues being discussed during the follow-up include developing country debt and changes to aid money given by developed countries.