May 19 2016 - Between 2011 and 2020, more than 140 million girls worldwide will become child brides – defined by the United Nations as marriage before age 18. The effects from such early marriage can be devastating and long-lasting for women: lower education levels and lower lifetime earnings, higher rates of domestic violence, greater risk of dying from pregnancy complications, and increased mortality rates for the children of these young brides. 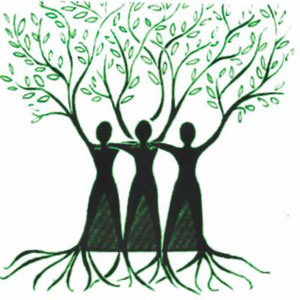 Even though Bangladesh’s legal age of marriage is 18, the country has the second-highest rate of child marriage globally: the Bangladesh Demographic and Health Survey shows that nearly three quarters of women aged 20-49 married before turning 18. Many of these girls’ families offer them for early marriage to avoid paying higher dowries.

What are the best strategies to empower young women and avoid the harms of early marriage?

Child marriage disproportionately affects poor households: girls in the poorest 20 percent worldwide are more than twice as likely to marry early than those in the wealthiest 20 percent. Bangladesh has one of the largest populations vulnerable to early marriage, with more than 15 million girls aged 10-19.

Families often see early marriage as a financial necessity, which may help explain why numerous laws that prohibit early marriage and dowrieshave had virtually no effect in Bangladesh. Similarly, programmes run by community groups that give adolescent girls life-skills and vocational training have had no impact in Bangladesh (nor in Tanzania, but some impact in Uganda). So focusing on laws or empowerment will likely do less than 1 taka of good for each taka spent.

The analysis examines other proposals from Bangladesh, across South Asia, and in sub-Saharan Africa. The most promising is a programme from southern Bangladesh run by Save the Children that uses a conditional stipend to encourage parents to delay marriage for adolescent daughters.

From 2008-2010, the programme gave cooking oil to parents of unmarried girls aged 15-17. Every four months, participants received four liters of oil – conditional upon a monitor confirming that they were still unmarried. A year’s supply of cooking oil costs Tk. 1,250 per girl and aims to offset the economic burden of delaying marriage.

The modest financial incentive had significant effects. Recipient girls were up to 30 percent less likely to marry before age 16, and they were up to 22 percent more likely to remain in school. Each taka of spending on such conditional transfer programmes does about 4 takas of social good.

Raising the age of marriage would do a lot of good, but early marriage is far from the only challenge Bangladeshi girls and women face. New research by Ahsan Zaman, an assistant economics professor at North South University, examines two other pressing gender issues: access to education and family planning.

Educational access for girls is important, because more education means higher productivity and earnings over their own working lives. But it also turns out to be crucial for the eventual health of their children. A higher level of education improves a mother’s health awareness. Research shows that this leads to better nutrition status for her children – and malnutrition is one of the factors that influences child disease and mortality the most. Each taka spent to get girls more education does 3 takas of social good, thanks to improved child health and increased income from higher earnings.

A second issue is family planning, which can save lives of mothers and children by widening the time gap between births, improve health for both, and empower women by allowing them to stay in school longer. A year of family planning services that delays pregnancy costs just 655 takas and can add nearly half a year of extra schooling for one girl. And in Bangladesh, an additional year of school boosts girls’ lifetime earnings by an estimated 13.2 percent. When combining the health and education benefits, the small investment in family planning gives 3 takas of benefits for each taka spent.