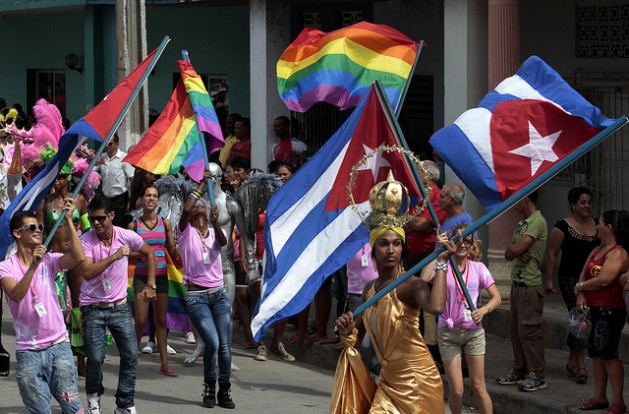 UNITED NATIONS, Jun 27 2016 (IPS) - Despite their contribution to social justice, civil society organisations came under “serious attack” in 109 countries in 2015, according to a new report published by CIVICUS Monday.

“Civil society freedoms of expression, association and peaceful assembly have been under serious attack in 109 countries around the world in 2015 alone,” said Mandeep Tiwana, Head of Policy and Analysis at CIVICUS, an international organisation representing civil society organisations, at a press conference to launch the report.

Civil society organisations, are organisations outside of governments and businesses which represent the interests of civilians. Often they exist to further the rights of disadvantaged people within society, such as Lesbian, Gay, Bisexual, Trans and Intersex (LGBTI) people, people with disabilities, or Indigenous peoples.

However these groups are often inherently vulnerable, even when working together as civil society organisations.

“One of the main tests of the justness of any society is how it treats its minorities whether there is equality of opportunity for all particularly for disadvantaged populations,” said Tiwana.

“On this test,” he continued “we find that many our societies are failing.”

According to the report, “all over the world, people are being left behind on the basis of their gender, ethnicity, migration status, faith, age, sexuality, disability, HIV and health status, locality and more,” he added.

Tiwana highlighted Indigenous persons as one group within civil society which came under particular attack in 2015.

“Indigenous rights activists who have been challenging the activities of mining companies of big agribusiness – many of (which) are connected to political elites – have had very violent attacks carried out against them, in some instances they’ve been assassinated,” he said.

“When these people stood for their rights they immediately came under attack because they are in a society which does not like for communities like transgender to claim their rights." -- Qamar Naseem

“When these people stood for their rights they immediately came under attack because they are in a society which does not like for communities like transgender to claim their rights,” said Naseem.

He said that three board members of the association have been killed, including one who died when the hospital refused to give her treatment based on her gender identity.

However Naseem also pointed out that by working together the transgender communities in Pakistan have already made gains.

As a result of their efforts, he said, the government of Pakistan has allocated funds for the welfare and protection of the transgender community for the first time.

“Just yesterday there was an amazing move,” he added, “the Sharia board has issued a fatwah which allows the transgender community to marry among themselves … before that it was a crime.”

Kene Esom, African Men for Sexual Health and Rights, South Africa, said that the valuable work that civil society organisations was also at risk because of a lack of funding.

Naseem also expressed concern that several UN agencies, including agencies working with refugees in Pakistan, were not addressing the needs of the transgender community.

This has prompted a civil society campaign called “no more gender blind UN,” he said.

Esom also expressed concern that support for LGBT persons at UN headquarters does not trickle down to practice at the country level.

“There seems to be strong hesitation by country representatives to speak out against discrimination based on sexual identity and gender identity particularly in Africa for very many reasons and I think this is where we really need to address solidarity,” he said.

Tiwana acknowledged that the UN and civil society had successfully engaged to develop the UN’s Sustainable Development Goals but also acknowledged that “these efforts that are made at the higher level don’t percolate down.”

These commitments have recently been reaffirmed by UN Secretary-General Ban Ki-Moon.

Speaking in St Petersburg, Russia earlier this month Ban expressed deep concern about the “escalating pressures being faced by civil society, near and far.”

“When civil society can play its full role, all of society benefits,” said Ban.

Farhan Haq, Deputy Spokesman for the Secretary-General told IPS that “UN leadership is doing everything possible to mainstream a commitment to protecting the rights and well-being of LGBT people across the UN system.”

“The Secretary-General has written in the past to all managers, insisting that the UN workplace be fully inclusive and accepting of LGBT colleagues and making it clear that any expressions of homophobic or transphobic sentiment are unacceptable at the UN,” he added.