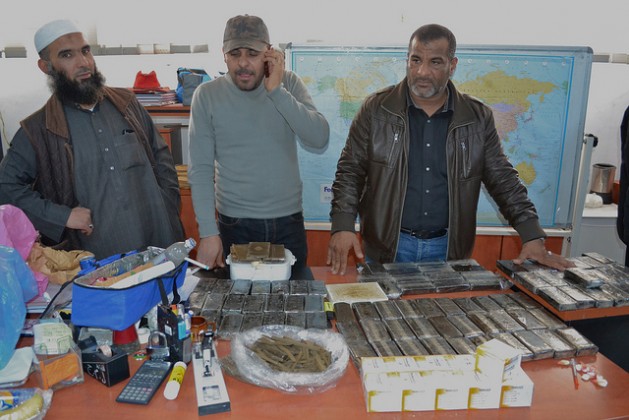 UNITED NATIONS, Jun 24 2016 (IPS) - A new report has found that global drug use largely remains the same, but perspectives on how to address the issue still vary drastically.

The new World Drug Report, released by the UN Office on Drugs and Crime (UNODC), provides a review on drug production and use and its impact on communities around the world.

UNODC has estimated that 1 in 20 adults, or quarter of a billion people between the ages of 15 and 64 years, used at least one drug in 2014. Though the figure has not changed over the past four years, the number of people classified as suffering from drug use disorders has increased for the first time in six years to over 29 million people.

Of those, 12 million are people who inject drugs and 14 percent of this population lives with HIV.

“It is really important that we stop thinking of it as a drug problem but that we look at it as a problem of severe underdevelopment in some regions." -- Kasia Malinowska.

“It’s a little bit of business as usual,” she told IPS.

She particularly pointed to the lack of recognition of drug prohibition policies.

In the 1990s, the United States funded anti-narcotics police operations in Colombia which contributed to a spike in drug-fuelled violence as well as the longest war in the Western hemisphere which killed over 220,000 civilians.

Although the Government of Colombia and the FARC-EP signed a historic ceasefire agreement this week, Colombia continues to be a major coca and cocaine producing country.

“My question is how have external actors contributed to violence…and there is no recognition of that bigger context, and that’s the problem with the report,” Malinowska told IPS.

“It does not take responsibility of how much current prohibitionist policies have contributed to that problem,” she continued.

Malinowska highlighted the need to recognize that prohibition is not the only way to address drugs, and that policies must be contextualised according to the wellbeing of countries’ own citizens rather than international conventions.

UNODC’s Director of Policy Analysis and Public Affairs Jean-Luc Lemahieu echoed similar sentiments during a briefing, stating that “not one shoe fits all.”

He pointed to Netherlands and Sweden as two examples.

In the Netherlands, the government implemented a “separation of markets” approach, which separated cannabis from other hard drugs. Its aim was to limit exposure and access to harder drugs.

This proved to be a success for the country as cannabis use remained low. The Dutch government also invested in treatment, prevention and harm reduction approaches which helped it to maintain low rates of HIV among people who use drugs and low rate of problem drug use.

Sweden, on the other hand, implemented more restrictive drug policies that punish drug use and curb drug supply. UNODC noted that the country’s approach is a “success” as it has low rates of drug abuse and needle-associated HIV transmission.

Both Lemahieu and Malinowska also stressed the need to integrate sustainable development with global drug policy.

In the report, UNODC recognized the contribution of poverty and lack of sustainable livelihoods to the cultivation of crops such as coca leaves.

“Illicit drug cultivation and manufacturing can be eradicated only if policies aimed at the overall social, economic and environmental development communities,” the report states.

Malinowska, however, told IPS of the need to offer “proper” choices and opportunities to poor smallholder farmers engaged in the drug economy. Though not everyone may choose other economic activities, she remarked that no one has tried the approach.

“What we need is thoughtful, sustainable development…we are using the same matrix, the same paradigm, the same language and that really needs to dramatically change,” she said.

“It is really important that we stop thinking of it as a drug problem but that we look at it as a problem of severe underdevelopment in some regions,” Malinowska concluded.

The World Drug Report 2016 has been published following the Special Session of the UN General Assembly on the World Drug Problem (UNGASS) held at the United Nations Headquarters in New York in April.

During the launch of the report, UN Deputy Secretary-General Jan Eliasson described it as an issue of “common global concern” that affects all nations and sectors of society.