Jul 28 2016 - You either stay in your sanitised comfort zone, or you step out and get inured to contempt for women. Some events, though, still leave an imprint. 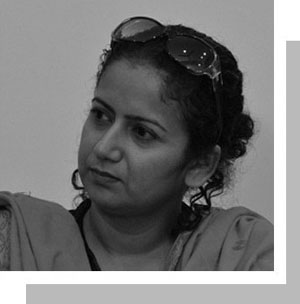 Like the time the local administration in Multan decided to regulate women acting in popular, frequently seedy, theatre plays. The district government’s monitoring committee issued guidelines on dance moves and demanded that all actresses named after women in Islamic history legally change their identities because they were an insult to their namesakes.

When these women went to register their protest, they were told to first to do wuzu (ablution) before meeting the committee because they were paleet (impure) and were about to appear before the pak (pure).

That was over a decade ago. The court case demanding Qandeel not use ‘Baloch’ as her name because of the disrepute she brought to the ethnicity shows continuity, though none of the thousands who use Baloch as a surname took issue with it. That a country that is an avid consumer of pornography would condemn risqué behaviour in others is not surprising. The gaze of judgement seldom turns inwards.

The honour code earlier was a governance code.

Some years ago, Afiya Zia and I co-authored a paper on honour killings for which playwright/ director Khalid Ahmed translated Shailendra’s song Kaanton se kheench ke anchal. Cavorting in a truck laden with hay, Waheeda Rehman flung out a clay pot, shattered social conventions and immortalised the song in the Indian movie Guide. But embedded in the jubilance was the price she was willing to pay. This is the decision many women across Pakistan have to make when they tear through social conventions. The jeenay ki tamanna and marney ka iraada is congruent: the desire to live (as they want) requires the will to die.

Placing women on a continuum of purity and impurity is a recurring trope across many cultures: the virgin and the harlot, the home and the street, the pedestal and the brothel. Both ends, however, exist exclusively for fulfilling male desires. Women deemed impure cannot gain respectability. The pure ones live their lives in fear of being pushed down to the other side. There are caveats though. Resort to religion can help make the disreputable respectable, and class privilege can protect against the label of the prostitute.

The honour code earlier was a governance code in the absence of state supervision. However, in its current incarnation, it frees men from responsibility because honour lies not within their own actions but elsewhere. Like in folk tales across the world, men’s life, soul or strength was outsourced: the magician’s life in a parrot in a faraway land; Ravanna’s life placed in a box and given to a hermit before he left for war; the giant whose heart was in an exotic egg.

Hence in the general perception honour killing is not aggression but reaction. The perpetrator is recast as the victim of a moral crime and the killing is an act of the restitution of honour. Some years ago, I spoke to Hukumdin during the trial hearing of his son, who had bludgeoned his sister to death. He said of his daughter, “She was like a suicide bomber. She pursued what she wanted without thinking of anyone else, and it killed her and destroyed everyone around her in the process.” When I questioned him about the nebulous ‘it’ that killed her, he answered “Khudi” (selfhood).

There is a change though. Two decades ago, parliament declared honour crimes a cultural prerogative. Now with the Pre¬vention of Anti-Women Practices law passed and additions made to the Pakistan Criminal Code that disable forgiveness for family members, the prime minister himself has pledged to pass a specific law on honour crimes.

Previously, women have been killed inside the court premises while the judges looked on; now people have been sentenced with the maximum punishment for honour killings. In the past, people have looked to religion as justification for honour crimes whereas now most religious authorities condemn such murders. And earlier communities were unequivocal about their condemnation of women accused of bringing dishonour. But before burial, henna was applied on Qandeel, which in her home district of Dera Ghazi Khan is symbolic; it is meant for girls and women who die without having sinned, free from accusations of wrongdoing.

The earlier mode of collective, interdependent living made conformity to community standards necessary and public performances of honour desirable. That mode is finishing. Social structures are in a fight for survival of the status quo. In the long term, it won’t work. But in the interim, women’s lives will remain the battleground.

The writer is a researcher and consultant in the social sector.
Published in Dawn, July 28th, 2016