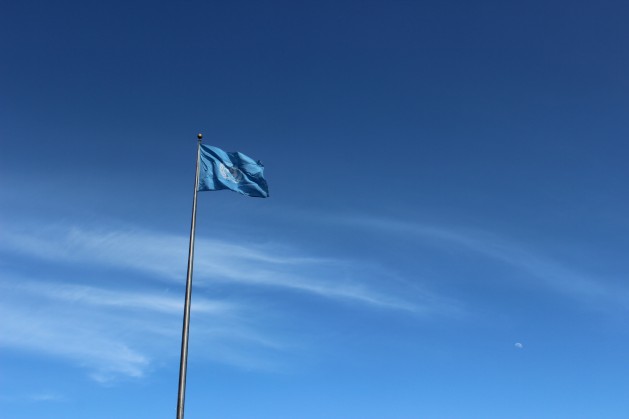 UNITED NATIONS, Jul 14 2016 (IPS) - The Coordinating Committee for International Staff Unions and Associations of the UN system (CCISUA), which represents over 60,000 staffers worldwide, has expressed serious concern over the future of the UN Joint Staff Pension Fund (UJSPF) which guarantees the economic survival of retirees.

The Fund, which has assets worth nearly $53 billion— a staggering figure compared to the UN’s biennium budget of $5.4 billion for 2016-2017 — is considering a proposal for outsourcing some of its assets for investments in Wall Street banks and hedge funds.

“This is backed by new human resources policy that reduces independence of staff who manage our money and exacerbates climate of fear inside the Fund,” says the CCISUA.

The CCISUA has called on UN staffers to “Act Now to Protect our Fund”.

The campaign has urged staffers to help “ protect our retirement income; (and the staff) unions call on board members to block new financial rules; (and request) Secretary-General Ban Ki-moon to rescind human resources changes; and for the Fund to pay new retirees on time.”

The mandatory retirement age at the UN is around 60 to 62 years old – depending on the year in which a staffer joined the world body.

But the 193-member General Assembly last year adopted a resolution approving a new retirement age of 65 for existing staff. This comes into force in January 2017.

The number of retirees currently dependent on their pensions is over 72,300.  If a retired staffer dies, the spouse gets a survivor benefit.

“Everyone who works in the common system. Everyone who is a contributing member of the pension fund”, says CCISUA.

The campaign has gained momentum even as the annual Pension Board is currently holding a weeklong meeting in Vienna, which concludes July 22.

Ian Richards, President of the CCISUA, told IPS the Chief Executive Officer (CEO) of the Fund is trying to get the board, (meeting in Vienna) to approve new financial rules, which along with new human resources (HR) flexibilities he has already gained, would pave the way to remove the pension fund from the UN and allow outsourcing of investments for the first time.

“We are naturally very worried and are urging all staff to sign a petition to oppose these changes.”

“Our pension fund has performed so successfully, surviving the 2008 crash unscathed, because it has been managed conservatively and out of the hands of Wall Street,” said Richards.

“These new rules, which the CEO of the fund is pushing to implement, will open the door for banks and hedge funds to invest our money. Yet experience shows that these institutions are more interested in generating fees for themselves than returns for their clients,” he declared.

The CCISUA says motives of the Fund’s management is to push for a revised Memorandum of Understanding (MOU) and revised financial rules but privatization puts at risk the current system of checks and balances that has served the Fund well for 75 years, particularly in an atmosphere of historically low investment performance, and an Investment Management leadership that has so far failed to meet the challenge.

“Instead of placing even more power in the hands of the Fund’s leadership, the Board and the Secretary-General must act to restore trust and staff morale with a new management style that is open, transparent and accountable, and enjoys the full confidence of staff and retirees.”

“The status quo has been allowed to fester for far too long. We need responsible and accountable action on our behalf. The health and longevity of our fund depend on it.”

Meanwhile, speaking on behalf of the Group of 77 developing countries, Karen Lingenfelder of South Africa told the UN’s Administrative and Budgetary Committee last November she was aware that managing fund assets of $54 billion “was a complex task.”

“The Group was concerned about recent media reports of possible fraud and would seek clarity, including an update of recent audit or investigations undertaken in that regard.”

Considering the high value of the Pension Fund’s investment portfolio, the Group backed a call on the Secretary-General to create “a comprehensive anti-fraud policy to better address fraud risk.”