Jul 22 2016 - Qandeel Baloch’s horrific murder in the name of ‘honour’ is testimony to the failure of the women’s movement to overturn patriarchy in Pakistan. Against the backdrop of the spate of anti-women violence, comes a report by Dr Rubina Saigol written for the Friedrich-Ebert-Stiftung, a German foundation. Titled Feminism and the Women’s Movement in Pakistan: Actors, Debates and Strategies, this excellent document should provide much food for thought. 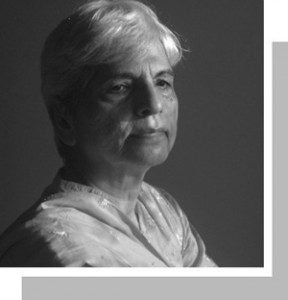 The author, an eminent sociologist, touches the heart of the issue — especially in cases like Qandeel’s — when she points out that there are “silences” (neglected subjects) that surround questions of family and sexuality, the mainstay of patriarchy and women’s subjugation. These have generally not been addressed by the women’s movement and she recommends that they should be.

But that is not all. More than these silences, the author points out, feminists have failed to devise a successful strategy to empower women and create public spaces for them. That accounts for their inability to make a profound impact.

Dr Saigol observes that today there is “a deafening disquieting quiet in the women’s movement”. She quotes a number of well-known feminists who contend that Pakistan lacks an autonomous vigorous movement, notwithstanding the vocal female protests against the oppression of women.

She substantiates her argument by pointing to the absence of a “common collective vision of a better world, agreed upon strategies to create such a world, and shared understandings of the world in which we live and work”.

One would agree with the writer who traces the history of the women’s struggle in Pakistan to show how it evolved in response to internal politics and external events along with the globalisation that began in the post-cold war age.

But to formulate a unified stance has not been possible given the many serious constraints that exist, many of which are deeply rooted in our socio-cultural values, such as a general trend towards glorification of patriarchy that is reinforced by religion, the adversarial relationship between feminists and the state, and the depoliticisation of the women’s struggle. The impression conveyed is that the feminist movement has been a victim of circumstances — be they the induction of donor-driven NGOs or extremist religious ideologues in the country.

However, the women’s ‘movement’ in Pakistan has always been bifurcated by great schisms. At no stage was a common platform created where women of all views could gather on a minimal common agenda. The fact is that feminists of all shades never tried to be inclusive. Hence no group had the numerical strength to assert a claim to supremacy. WAF had the greatest potential for leadership due to its financial and political autonomy. Yet it never brought in its fold non-professional disadvantaged women who constitute the bulk of Pakistan’s female population. It focused on them only in nuanced consciousness-raising and, to its credit, condemned strongly individual cases of abuse of underprivileged women.

This activism didn’t go very far although it pushed the women’s issue on the national agenda. Some laws were changed but never implemented. The lives of the majority of women didn’t change. Though they support large families, as Qandeel did, they have to bow before patriarchy. They have no time to be mobilised to learn about their rights which they know would never be actualised.

However, the same women are willing to respond to a call which offers them services that to an extent facilitate them in fulfilling some of their basic needs. That is why various development NGOs working in the education and (reproductive) health sectors — even the donor-funded but honest ones — have been able to achieve more than the feminists in creating awareness of women’s rights.

Many of them have taken the indirect, but more effective, route to empower women and instil in them a vision of a better future. They understand the importance of female participation to create awareness in them. The next generation of women definitely show the promise of being more skilful in negotiating their way through rough patriarchal waters.

Had the advocacy groups tried to link up with the services groups they would have reinforced each others’ work. I remember the iconic development worker, Perween Rahman, lamenting the inability of the women’s movement to mobilise huge numbers to protest against injustices inflicted on women. She recognised the fact that women’s development was possible only if their rights were given full recognition. “But we are so busy attending to the basic needs of men and women that we have no time and resources to do advocacy. If the women’s rights movement were to join hands with us, we would definitely support them as that is what we also want.”