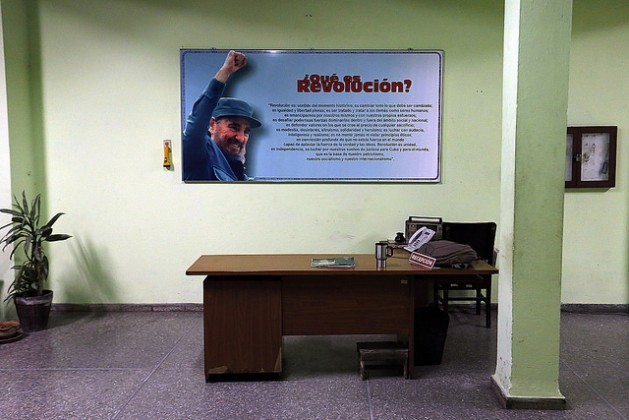 A picture of Fidel Castro behind an empty desk in a city government office in Havana on Saturday Nov. 26, a few hours after the death of the leader of Cuba’s revolution, at age 90. Credit: Jorge Luis Baños/IPS

HAVANA, Nov 26 2016 (IPS) - Fidel Castro, who survived more than 600 assassination attempts and remained in power longer than any other leader in the history of Cuba, died Friday night at the age of 90.

Visibly moved, President Raúl Castro, his younger brother, made the announcement in a brief televised speech. The president said Fidel died at 22:29 local time, and provided no further details. He said his brother’s remains would be cremated.

The governing Communist Party declared nine days of national mourning. On Nov. 28-29, Cubans around the country will pay homage to the former president at designated spots in every village, town and city.

And on Nov. 29, a public memorial service will be held at 19:00 in the Plaza de la Revolución José Martí in the capital, where Castro delivered many of his most famous, and notoriously long, speeches.

His ashes will be taken from Havana to eastern Cuba, to be buried in a Dec. 4 ceremony in the Santa Ifigenia cemetery in the city of Santiago de Cuba, 847 km east of the capital.

Since the triumph of the revolution on Jan. 1, 1959, there has been no significant event or development in Cuba that has not borne Fidel’s distinctive mark. Even while he was ill, he remained a public presence in the country through dozens of articles published in the government-controlled press.

“My elemental duty is not to cling to positions, much less to stand in the way of younger persons, but rather to contribute my own experience and ideas whose modest value comes from the exceptional era that I had the privilege of living in,” he wrote in one of his articles, published in December 2007.

Fidel Castro was born Aug. 13, 1926 in the remote village of Birán in eastern Cuba. The son of Ángel Castro, a Spanish-born landowner who produced sugarcane, and Lina Ruz, he first attended a rural school.

He completed his primary education in Catholic private schools in Santiago de Cuba and Havana, and attended the Belen Jesuit preparatory school, which is now the Military Technical Institute. In 1945 he began his studies at Havana University, and became actively involved in the organised student political struggles. 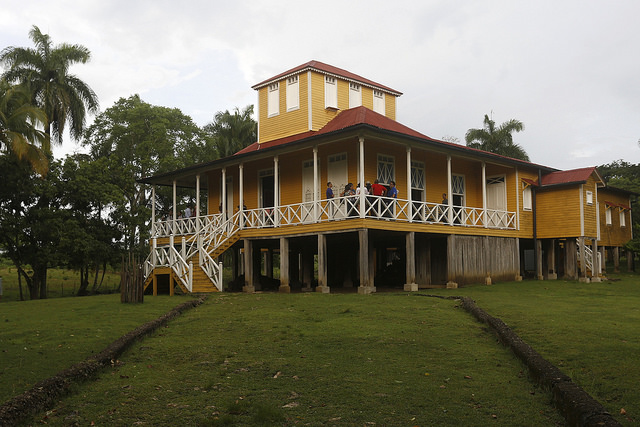 On Jul. 26, 1953, leading a group of 165 young people, he stormed the Moncada barracks, a strategic military fort in Santiago de Cuba. The armed action failed and he and dozens of the young men were jailed.

He had completed his studies to become a lawyer in June 1950, and defended himself in the trial, where he was sentenced to 15 years in prison. In court, he charged that the regime headed by Fulgencio Batista (1951-Jan. 1, 1959) was unconstitutional, and revealed his political plans, in his address that became famous under the title “History Will Absolve Me”.

He left prison on May 15, 1955, thanks to an amnesty for those involved in the attack on the Moncada barracks. He founded the 26th of July revolutionary movement, and on Jul. 7, 1955 he went into exile in Mexico to organise an armed rebellion to overthrow Batista.

On Dec. 2, 1956 he landed on Cuba’s eastern coast on Granma, a yacht that was carrying 81 other members of his expeditionary force, including his brother Raúl and Argentine doctor Ernesto “Che” Guevara (1928-1967).

From the Sierra Maestra mountains he led the revolutionary movement that triumphed on Jan. 1, 1959. A dove landed on his shoulder and another on the rostrum as he delivered a speech on Jan. 8 in Havana, which gave rise to the popular belief that he was protected by the orishas – deities of African origin worshiped by many in Cuba.

On Apr. 16, 1961, during the funeral for eight victims killed the day before by the bombing of two Cuban airports, he announced that the revolution was Socialist. The next day, he led the forces that defeated, in less than 72 hours, the Bay of Pigs invasion orchestrated by the U.S.

Washington had broken off diplomatic ties with Cuba on Jan. 3, 1961. From that point on, the history of relations between the two countries was one of constant conflict, marked by U.S. hostility and moments of serious tension. 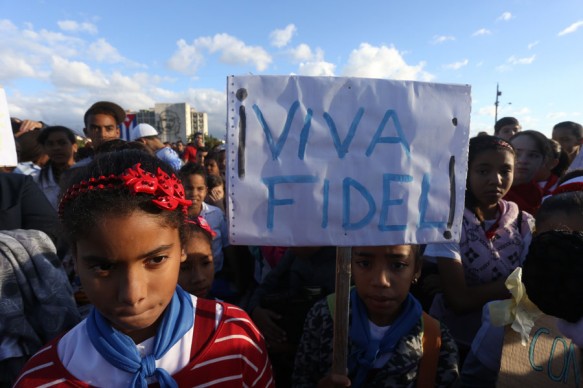 “Viva Fidel!” reads a sign carried by a girl during a rally in the Plaza de la Revolución in Havana. Even after Fidel Castro withdrew from public life, his image has remained heavily present among every generation in Cuba, including the youngest. Credit: Jorge Luis Baños/IPS

Fidel Castro refrained from commenting on the restoration of diplomatic relations between the two countries, on Dec. 17, 2014, but reached with irritation to a speech delivered to the Cuban people by U.S. President Barack Obama during his historic visit to Cuba in March this year, to consolidate the thaw in bilateral relations.

“We don’t need the empire to give us anything,” Castro wrote, rejecting the U.S. leader’s call to forget about the past, without mentioning the more than half-century-old embargo and multiple attacks on Cuba.

The dialogue with Washington bore fruit under Raúl Castro. But it was reported that the first attempts to reach out were made under the guidance of Fidel Castro, which indicates that he was kept informed of the top-secret negotiations that led to the reestablishment of ties.

Fidel Castro was one of the main protagonist of the Cuban missile crisis, which broke out after U.S. President John F. Kennedy (1960-1963) gave a televised speech on Oct. 22, 1962 announcing that Soviet nuclear warheads had been detected in Cuba.

Castro reacted with indignation to the agreement reached by Soviet premier Nikita Khrushchev and Kennedy for the withdrawal of the missiles without consulting Cuba’s leaders. Kennedy pledged not to attack Cuba. But according to the Cuban government, each new U.S. administration threw that commitment into doubt.

After the Central Committee of Cuba’s Communist Party was created in October 1965, Castro was elected as first secretary and member of the Political Bureau. And when the National Assembly of People’s Power was established in 1976, he became president of the Council of State and the Council of Ministers.

A leading advocate of “internationalism,” he directed the participation of thousands of Cuban combatants in the war in Angola, from 1975 to 1988, and promoted cooperation in health and education, sending tens of thousands of Cuban doctors, teachers and coaches to other developing countries. 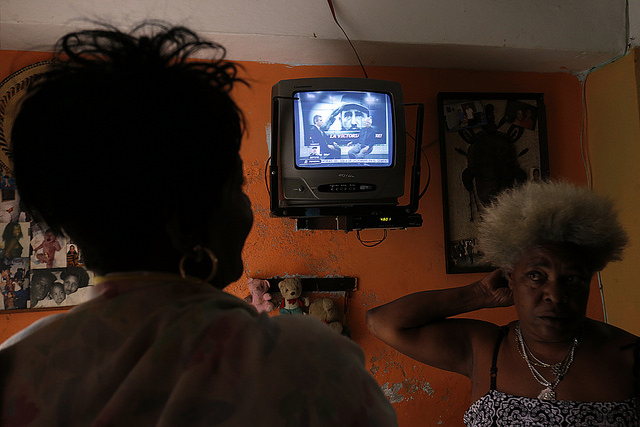 Two women discuss Fidel Castro’s death on Saturday, Nov. 26 in Havana, while watching special TV programmes on the death of the leader who governed Cuba from 1959 to 2006. Credit: Jorge Luis Baños/IPS

From 1979 to 1983 he headed the Non-Aligned Movement. But he was unable to attend the movement’s 14th summit in Havana in September 2006. Despite his illness, the participating heads of state and government elected him president of the group.

In January 1998 his government rolled out the red carpet for Pope John Paul II when he visited Cuba for nearly a week. ”Your departure pains us, unforgettable friend, and we fervently wish that your example will be a lasting one,” he wrote in 2005 after the death of the pope, Karol Wojtyla, a Polish anti-communist.

A master in managing public opinion, in December 1999 he embarked on a campaign for the return to Cuba of Elián González, a six-year-old boy secretly taken out of Cuba by his mother to try to reach the United States on a raft, which tipped off the U.S. coast.

His mother died, but Elián survived and was found floating on an inner tube. He was taken to relatives living in Florida, who fought for custody with his father back in Cuba, Juan Miguel González. The dispute over the case with the U.S. lasted seven months, and the boy was sent back to his father in Cuba, where he was given a hero’s welcome.

The aging Castro’s health declined, but the hostile policies followed by most of the U.S. presidents never managed to defeat him. Nor did the disappearance of the Soviet Union in 1991, nor the severe economic crisis that hit Cuba after the collapse of the socialist bloc in Eastern Europe.

“If they tell me one day that 98 percent of people don’t believe in socialism, I’ll keep fighting. And if one day they say that I’m on my own defending these ideas, I’ll keep fighting,” he said in 1990, during a time of uncertainty for Cuba, when many believed this country would not survive the collapse of socialism in Europe.