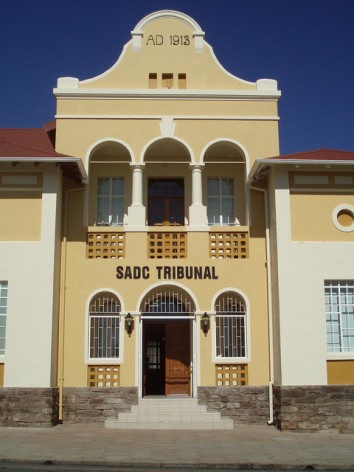 A law unto themselves
ISDS cases are decided by extrajudicial tribunals composed of three corporate lawyers. Although ISDS has existed for decades, its scope and impact has grown sharply in the last decade. As ISDS has been written into over 3,000 BITs and numerous FTAs, the opportunities for ISDS claims are huge and growing.

Originally justified as necessary to protect foreign corporate investments abroad from nationalization or expropriation by governments controlling national judiciaries, foreign corporations have used ISDS to change sovereign laws and undermine national regulations. As there is no cap on the amount of awards, claims – and awards – can be huge.

The system is secret and dominated by unaccountable corporate lawyers. As international arbitration is typically not transparent, pursuing such claims can avoid the public scrutiny associated with mounting legal challenges in courts. Lack of transparency means that lawyers acting as arbitrators or advocates in one case can be unnamed investors in other cases, as nobody would ever know.

ISDS proponents claim that the outcomes of cases are uncertain, and corporations only win about a quarter of the cases they pursue. But this does not include settlements agreed to before the conclusion of arbitration proceedings from which corporations often secure handsome benefits of some kind or other. ISDS arbitration is certainly far more attractive to foreign investors who would otherwise shy away from pursuing claims in other national courts, particularly against host governments.

Recent ISDS decisions have involved significantly greater delegation of authority to arbitrators in interpreting and applying the agreements concerned, without any meaningful review or opportunity to appeal the arbitrators’ decisions. There is no guarantee that tribunals will interpret treaty provisions in ways consistent with governments’ understandings of what treaty obligations mean.

Foreign corporations rule
ISDS also allows foreign investors to challenge the actions of officials at any level of government – local, state, and federal – as well as conduct by any branch – executive, legislative and judicial. A measure entirely consistent with domestic law is no defence against liability. ISDS thus empowers private arbitrators to decide on cases that are essentially matters of domestic constitutional and administrative law, but are presented as treaty claims.

With ISDS, foreign investors will be able to ask a panel of appointed international arbitrators to determine ‘proper’ administrative, legislative and judicial conduct while bypassing national judicial institutions. Since many legal decisions involve matters of interpretation, non-national judges deciding on ‘national’ issues will make a great deal of difference. It greatly helps foreign investors to be able to bring their claims against a government before international arbitrators, and not domestic courts.

Further, there is no provision for meaningful appeal; a tribunal’s decision will probably stand even if it gets the law or facts wrong. ISDS decision makers are not required to be independent and impartial with the high ethical standards expected of most judges. If a domestic court makes a decision inconsistent with legislative intent, the legislature can correct it by passing new legislation, but it has no power to override an ISDS decision.

Procedural rules and remedies are significantly different, depending on whether an investor claim is through ISDS or domestic courts, with significant consequences for a government’s exposure to claims and liability. Also, similar sounding legal texts may be interpreted very differently in different contexts; thus, the law is not the same in effect, even it may look similar.

The threat of supranational adjudication has many, often complex legal and policy implications. ISDS will inadvertently dilute constitutional protections, weaken the judiciary, and displace national legal systems with a system of private arbitration devoid of key checks and balances found in most national judicial systems. Investors seem to have persuaded many politicians to support their ISDS promotion efforts. In short, ISDS is an extreme, discriminatory and unnecessary form of supranational adjudication that undermines national law and institutions.

Alternatives
While public and private insurance and other forms of foreign investment protection are already available to protect legitimate investor rights and interests, it is doubtful whether ISDS is even needed for the situations it was originally designed for. Already, India, Indonesia and Ecuador have advised their treaty partners that they are considering ending their BITs because of ISDS.

To reduce abuses, investors could be required to first prove discrimination in national courts before being allowed to proceed to ISDS arbitration. Alternatively, national courts could exercise judicial review over ISDS awards. Also, arbitrators could be required to be independent of the ISDS process, with set salaries, security of tenure and no financial ties to litigants while investor status for ISDS claims could be defined more strictly.