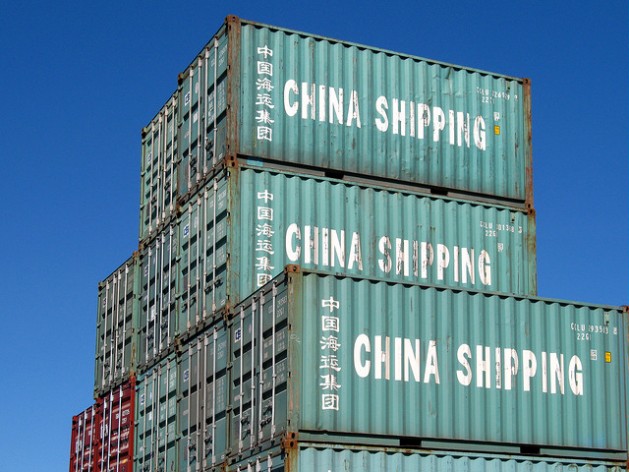 For the time being the much anticipated US-China trade war is off the radar. But it is by no means off altogether. Credit: Bigstock

PENANG, Feb 17 2017 (IPS) - A new and deadly form of protectionism is being considered by Congress leaders and the President of the United States that could have devastating effect on the exports and investments of American trading partners, especially the developing countries.

The plan, known as a border adjustment tax, would have the effect of taxing imports of goods and services that enter the United States, while also providing a subsidy for US exports which would be exempted from the tax.

The aim is to improve the competitiveness of US products, drastically reduce the country’s imports while promoting its exports, and thus reduce the huge US trade deficit.

On the other hand, if adopted, it would significantly reduce the competitiveness or viability of goods and services of countries presently exporting to the US.  The prices of these exports will have to rise due to the tax effect, depressing their demand and in some cases make them unsalable.

And companies from the US or other countries that have invested in developing countries because of cheaper costs and then export their products to the US will be adversely affected because of the new US import tax.

Some firms will relocate to the US.   Potential investors will be discouraged from opening new factories in the developing countries.  In fact this is one of the main aims of the plan – to get companies return to the US.

The plan is a key part of the America First strategy of US President Donald Trump, with his subsidiary policies of “Buy American” and “Hire Americans.”

The border adjustment tax is part of a tax reform blueprint “A Better Way” whose chief advocates are Republican leaders Paul Ryan, speaker of the House of Representatives and Kevin Brady, Chairman of the House Ways and Means Committee.

President Trump originally called the plan “too complicated” but is now considering it seriously.  In a recent address to congressional Republicans, Trump said:  “We’re working on a tax reform bill that will reduce our trade deficits, increase American exports and will generate revenue from Mexico that will pay for the (border) wall.” 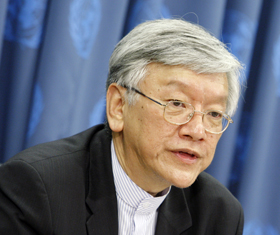 The proposal has however generated a tremendous controversy in the US, with opposition coming from some Congress members (including Republicans), many economists and American companies whose business is import-intensive.

It however has the strong support of Republican Congress leaders and some version of it could be tabled as a bill.

Trump had earlier threatened to impose high tariffs on imports from countries having a trade surplus with the US, especially China and Mexico.

This might be a more simple measure, but is so blatantly protectionist that it would be sure to trigger swift retaliation, and would also almost certainly be found to violate the rules of the World Trade Organisation (WTO).

The tax adjustment plan may have a similar effect in discouraging imports and moreover would promote exports, but it is more complex and thus difficult to understand.

The advocates hope that because of the complexity and confusion, the measure may not attract such a strong response from US trading partners.  Moreover they claim it is permitted by the WTO are presumably willing to put it to the test.

In the tax reform plan, the corporate tax rate would be reduced from the present 35% to 20%.   The border adjustment aspect of the plan has two main components. Firstly, the expenses of a company on imported goods and services can no longer be deducted from a company’s taxable income.  Wages and domestically produced inputs purchased by the company can be deducted.

The effect is that a 20% tax would be applied to the companies’ imports.

This would especially hit companies that rely on imports such as automobiles, electronic products, clothing, toys and the retail and oil refining sectors.

Given this scenario, if the company wants to retain his profit margin, it would have to raise its price and revenue significantly, but this in turn would reduce the volume of demand for the imported goods.

For firms that are more import-dependent, or with lower profit margin, the situation may be even more dire, as some may not be financially viable anymore.

The company, to stay alive, would have to raise its prices very significantly, but that might make its imported product much less competitive.  In the worst case, it would close, and the imports would cease.

The economist Larry Summers, a former Treasury Secretary, gives a similar example of a retailer who imports goods for 60 cents, incurs 30 cents in labour and interest costs and then earns a 5 cent margin.  With 20% tax, and no ability to deduct import or interest costs, the taxes will substantially exceed 100% of profits even if there is some offset from a stronger dollar.

On the other hand, the new plan allows a firm to deduct revenue from its exports from its taxable income.  This would allow the firm to increase its after-tax profit.

Perhaps the most vulnerable country is Mexico, where many factories were established to take advantage of tariff-free entry to the US market under the North American Free Trade Agreement. President Trump has warned American as well as German and Japanese auto companies that if they make new investments in Mexico, their products would face high taxes or tariffs on entry, and called on them to invest in the US instead.
Under the new plan, the export sales of $10,000 is exempt from tax, so the company has zero tax.  Its profit after tax is thus $3,000.   The company can cut its export prices, demand for its product increases and the company can expand its sales and export revenues.

At the macro level, with imports reduced and exports increased, the US can cut its trade deficit, which is a major aim of the plan.

On the other hand, the US is a major export market for many developing countries, so the tax plan if implemented will have serious adverse effects on them.

The countries range from China and Mexico, which sell hundreds of billions of dollars of manufactured products to the US; to Brazil and Argentina which are major agricultural exporters; to Malaysia, Indonesia and Vietnam which sell commodities like palm oil and timber and also manufactured goods such as electronic products and components and textiles, Arab countries that export oil, and African countries that export oil, minerals and other commodities, and countries like India which provide services such as call services and accountancy services to US companies.

American industrial companies are also investors in many developing countries. The tax plan if implemented would reduce the incentives for some of these companies to be located abroad as the low-cost advantage of the foreign countries would be offset by the inability of the parent company to claim tax deductions for the goods imported from their subsidiary companies abroad.

Perhaps the most vulnerable country is Mexico, where many factories were established to take advantage of tariff-free entry to the US market under the North American Free Trade Agreement.  President Trump has warned American as well as German and Japanese auto companies that if they make new investments in Mexico, their products would face high taxes or tariffs on entry, and called on them to invest in the US instead.

After the implications of the border adjustment plan are understood, it is bound to generate concern and outrage from the United States’ trading partners, in both South and North, if implemented.  They can be expected to consider immediate retaliatory measures.

A former undersecretary for international business negotiations of Mexico (2000-2006), Luis de la Calle, said  in a media interview:  “If the US wants to move to this new border tax approach, Mexico and Canada would have to do the same….We have to prepare for that scenario.”

In any case, it can be expected that countries will take up complaints against the US at the WTO.   The proponents claim the tax plan will be designed in a way that is compatible with the WTO rules.

But many international trade law experts believe the tax plan’s measures will violate several of the WTO’s principles and agreements, and that the US will lose if other countries take up cases against it in the WTO dispute settlement system.

This prospect may however not decisively deter Trump from championing the Republicans’ tax blueprint and signing it into law, should Congress decide to adopt it.

The President and some of his trade advisors have criticised the WTO’s rules and have mentioned the option of leaving the organisation if it prevents or impedes the new America First strategy from being implemented.  If the US leaves the WTO, it would of course cause a major crisis for international trade and trade relations.

There are many critics of the plan.  Lawrence Summers, a former US Treasury Secretary, warns that the tax change will worsen inequality, place punitive burdens on import-intensive sectors and companies, and harm the global economy.

The tax plan is expected to cause a 15-20% rise in the US dollar.  “This would do huge damage to dollar debtors all over the world and provoke financial crises in some emerging markets,” according to Summers.

While export-oriented US companies are supporters, other US companies including giants Walmart and Apple are strongly against the border tax plan, and an influential Republican, Steven Forbes, owner of Forbes magazine, has called the plan “insane.”

It is not yet clear what Trump’s final position will be. If he finds it too difficult to use the proposed border tax, because of the effect on some American companies and sectors, he might opt for the simpler use of tariffs.

In any case, whether tariffs or border taxes, policy makers and companies and employees especially in developing countries should pay attention to the trade policies being cooked up in Washington, and to voice their opinions.

Otherwise they may wake up to a world where their products are blocked from the US, the world’s largest market, and where the companies that were once so happy to make money in their countries suddenly pack up and return home.

This article is the first in a two-part series on the border adjustment tax, which would have the effect of taxing imports of goods and services that enter the United States, while also providing a subsidy for US exports which would be exempted from the tax. You can find Part 2 here