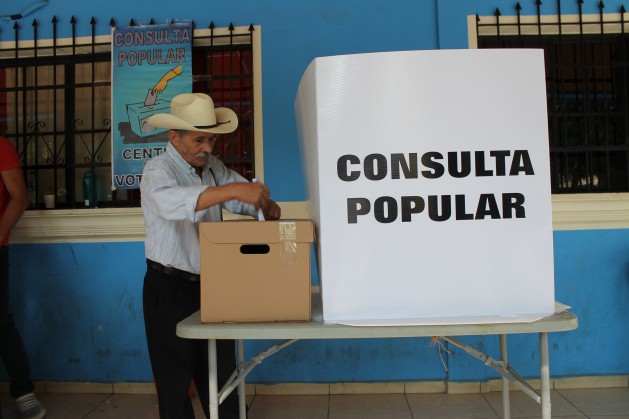 “Mining companies have a wide field with major extension in other countries, and often they need to use the comparative law of other countries to be able to apply their practices here in El Salvador. But the truth is that El Salvador is a country so small that industrial mining is not viable,”Attorney for the Defense of Human Rights, William Iraheta told IPS.

El Salvador is the smallest country in Central America, but also has the highest population density, with 300 people per square kilometer. It is also the fourth most vulnerable country to climate change according to GermanWatch, with 95% of the population living in a high-risk zone. 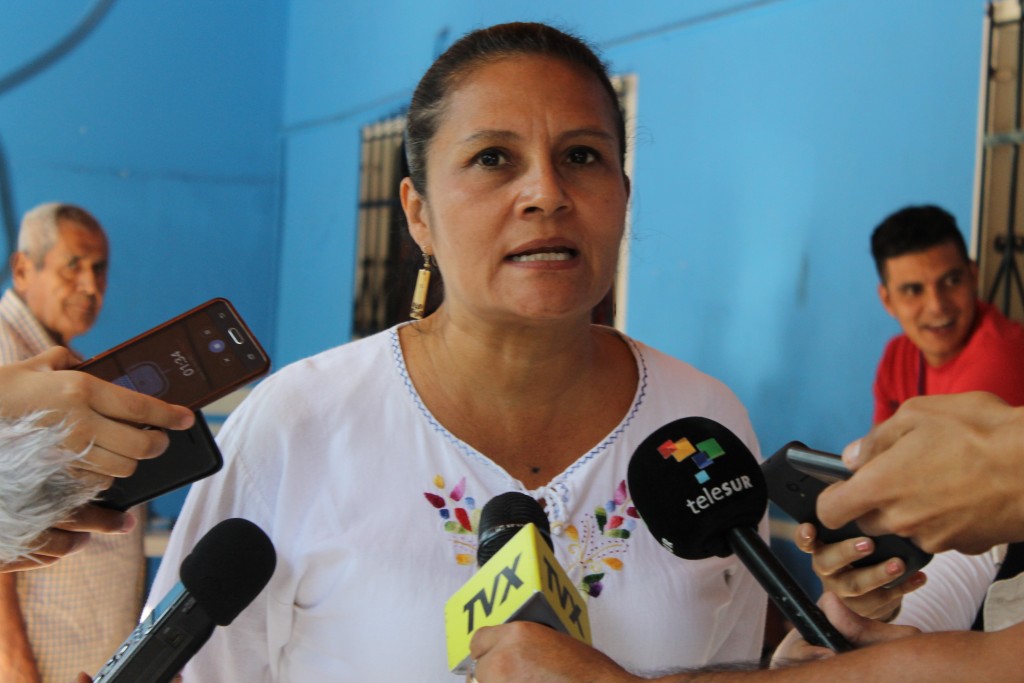 Last year, the national government declared a water emergency. The Ministry of the Environment and Natural Resources (MARN) concluded that only two percent of the country`s surface water is fit for human consumption and for the growth of aquatic life. Currently, those living in rural areas pay to have bottled water shipped by private companies. El Salvador’s environmental crisis and contamination of the population’s water, two-thirds of which comes from the Lempa River, has also been caused by the disparaging practices of metal mining in northeastern El Salvador.

The case of the Canadian mining company, Pacific Rim, and San Sebastian River pollution are the most visible examples of this destructive legacy. 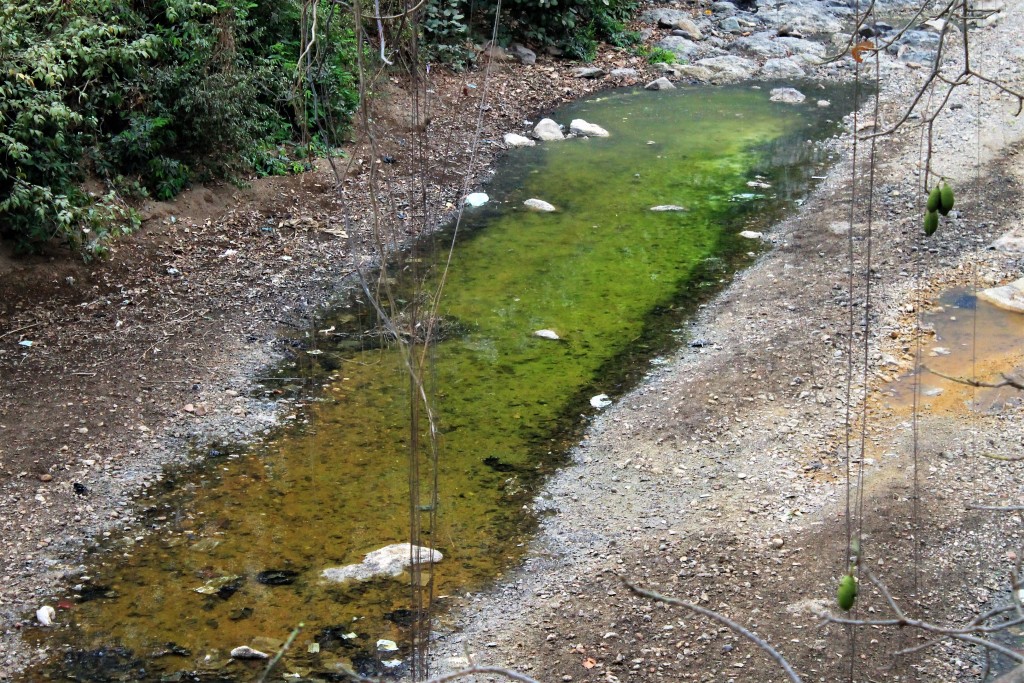 Between 1998 and 2003, 29 exploration licences were granted to mining companies, the most prominent being the Canadian company, Pacific Rim – now OceanaGold. When the government of El Salvador refused to provide mining permits to Pacific Rim’s proposed El Dorado mine because it failed to meet the government’s environmental requirements, the company sued the Salvadoran Government in 2009 for $77 million through a World Bank trade tribunal, the International Centre for the Settlement of Investment Disputes. Such demands are based on provisions of the Central American Free Trade Agreement (CAFTA) and the Salvadoran Investment Law. The Salvadoran Government won the lawsuit last October after spending millions on defense, but Pacific Rim/Oceana Gold has yet to pay up.

Even though the State of El Salvador recently won the case against the Canadian/Australian mining company, Oceana Gold, the struggle of the Salvadoran people for the defense of their environment continues.

“Currently it is the executive government, the president, who has been refusing mining projects, but there is no guarantee that these projects will be stopped in the future without a law,” said Ana Marina Alvarenga, FMLN (Farabundo Martí National Liberation Front) congresswoman for the department of Cabañas at the Cinquera consultation.

“The position of our FMLN party supports the creation and passing of a law at the national level that definitely prohibits mining in our country. It is part of the legislative agenda or of the legislative platform for the FMLN 2015 to 2018 period to approve this law of prohibition of the metallic mining.” 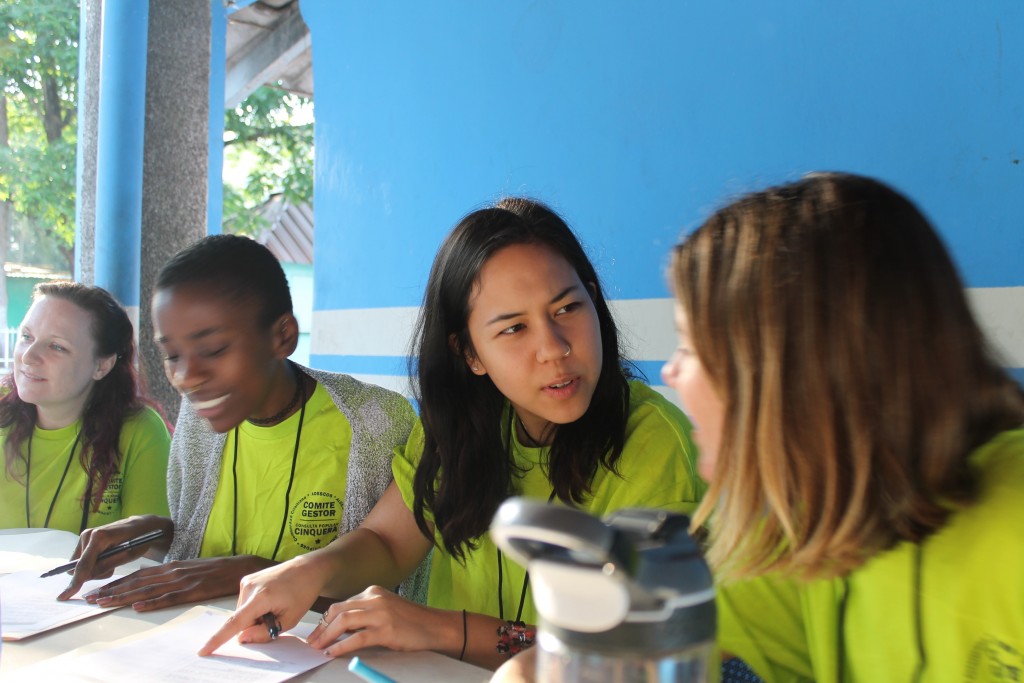 As a way to pressure the Salvadoran government to implement a law definitively banning mining in El Salvador, social movements together with organised communities have been organizing to bring community consultations.

“Cabañas is located in the upper basin of the Lempa River, and in this sense any mining project that is in Cabañas, unfortunately will bring negative consequences for all departments through which the river Lempa runs, which is the majority,” said Alvarenga.

Since 2005, coinciding with the emergence of opposition to mining in Cabañas, the El Dorado Foundation has been operating in Cabanas as the public face of Pacific Rim/OceanaGold in El Salvador.

The foundation makes donations to local schools, sponsors health clinics, offers computer and English classes, and promotes business training for women, among other activities allowing the mining company to act as a benefactor to the surrounding communities. 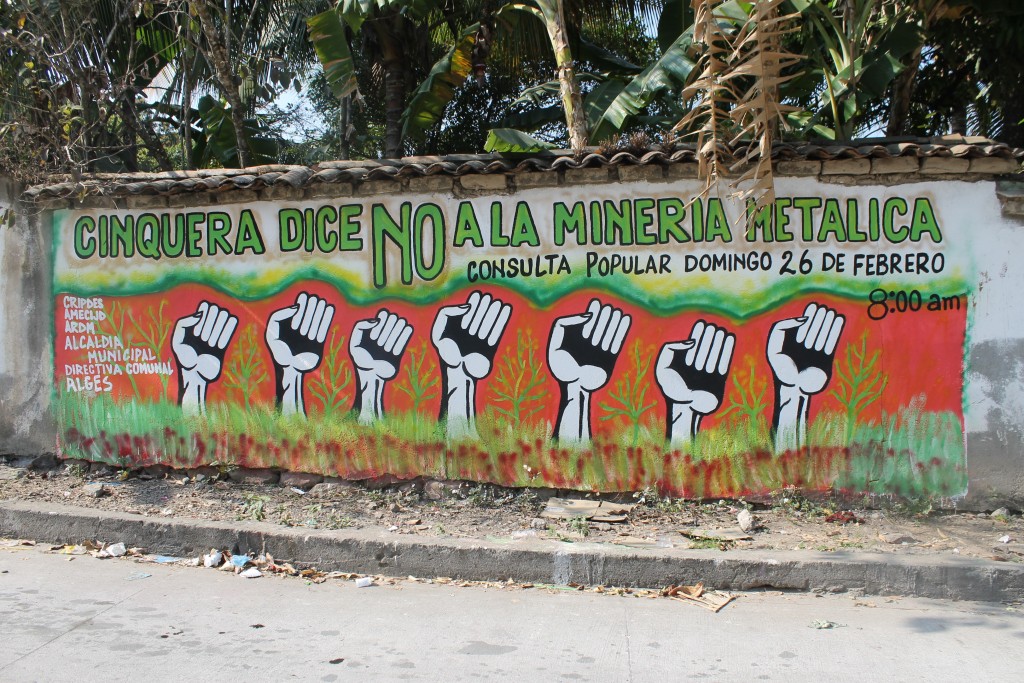 “The communities understand the impacts of mining but have become dependent on these services they provide,” says Vidalina Morales, President of the Association of Economic and Social Develop (ADES), who is also a member of the National Round-table against Metal Mining in El Salvador (La MESA) and has worked directly on mining issues as an organiser in Cabañas communities since 2006.

The foundation’s work is intended to enhance the company’s public reputation and cultivate support for the proposed El Dorado mine project.

Of particular concern is the threat of angry and potentially violent reprisals from people or groups receiving benefits, or who expect to receive benefits, should the mining project proceed. As determined by the regional court, Pacific Rim has been responsible for violence in Cabanas which has already claimed five lives, including three environmentalists: Marcelo Rivera, Ramiro Rivera, Dora Sorto and her unborn baby, and Juan Francisco Durán. The climate of fear resulting from these assassinations and other threats of violence is still palpable in the communities today.

“Although these companies may have financial and resource capital, the capital we have is community organising” said Pedro Cabezas, a representative of International Allies Against Mining, and the Association for the Development of El Salvdador (CRIPDES). 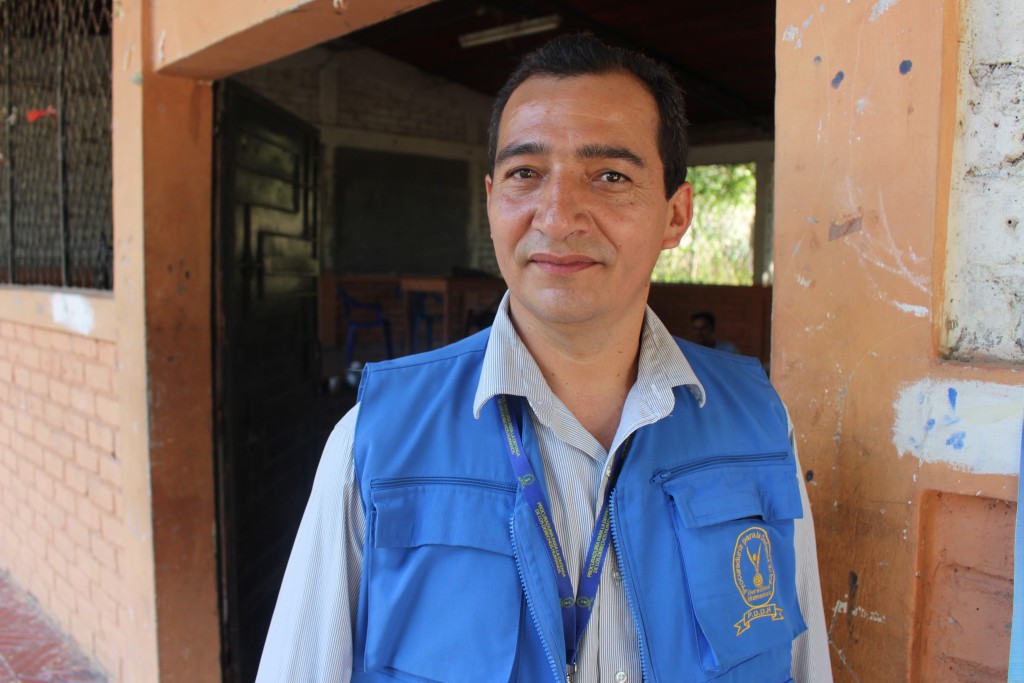 Community consultations (consultas) are a new phenomenon in El Salvador, but not a new phenomenon in Latin America. There have been consultas all through Mexico, Central America, South America, and there are different legal figures which communities utilise to hold consultas. A figure in El Salvador’s municipal code allows local municipalities to hold referendums to consult with communities on issues that truly affect them in their personal or family life. 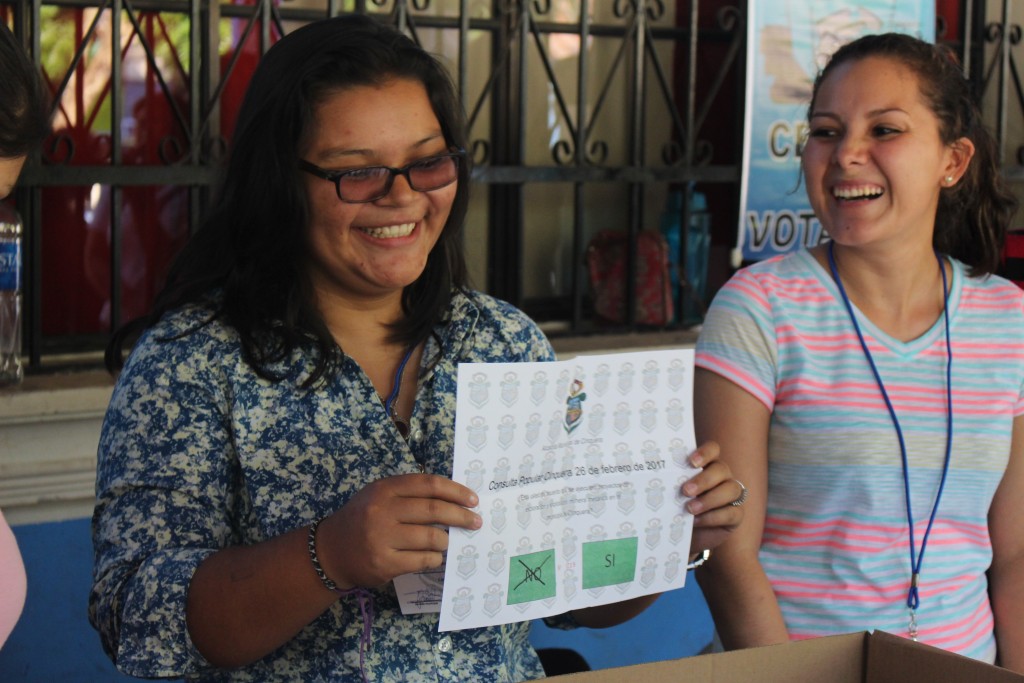 Consultations are also a strategy to keep communities engaged and maintain the debate on both a national and local level. They involve an extensive organising process including petitions, campaigns, and work in every community in the municipality Said Cabezas.

It is also a process of educating the population at the grassroots level and keeping them informed about the issue of mining and involved in the process of using local democracy tools to defend their territory. 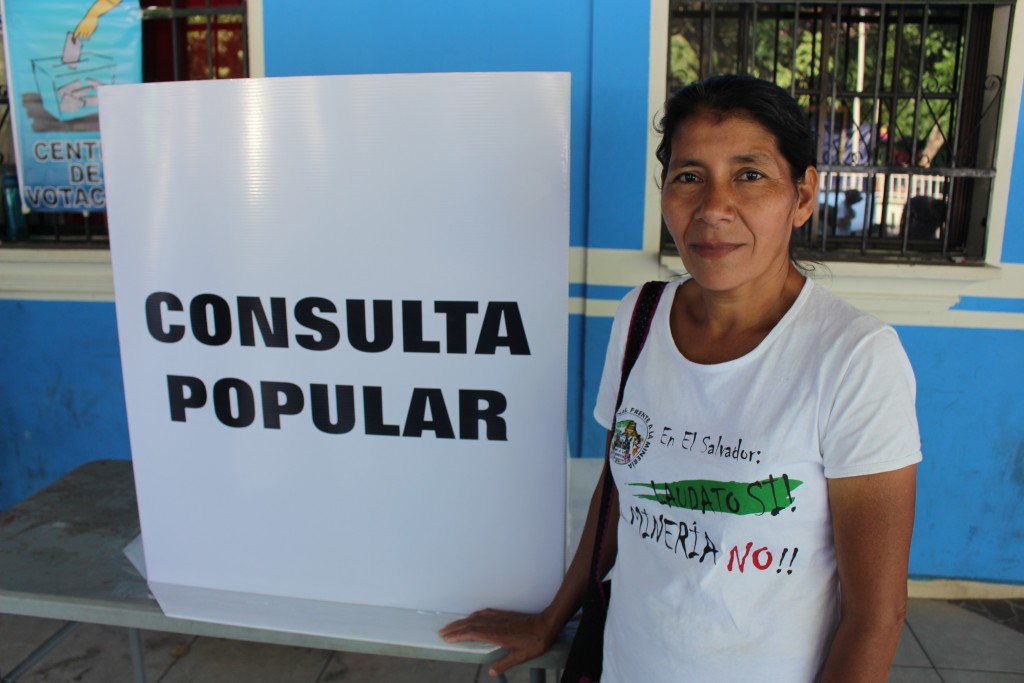 Bernardo Belloso, President of CRIPDES which was part of the preparation of the popular consultation, said that it is not enough to have this municipal ordinance.

“We hope that this experience will also serve for other municipalities, ” said Belloso, “We want a more secure society for our future generations. It is important that the entire Salvadoran population take a position in order to defend the territory and defend the few natural resources that remain and our sovereignty, ” he said.

Correction: An earlier version of this article included a misspelling of William Iraheta’s name.