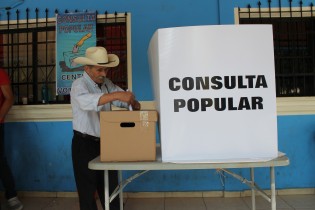 By Nyarai Mudimu
“Ten reasons why women must vote ‘Yes’ for the draft constitution…” says the Constitution Select Committee’s campaign radio jingle that plays over the airwaves in a grocer’s store at Mukumbura border post business centre on Zimbabwe’s northeastern border with Mozambique.
ADVERTISEMENT ADVERTISEMENT