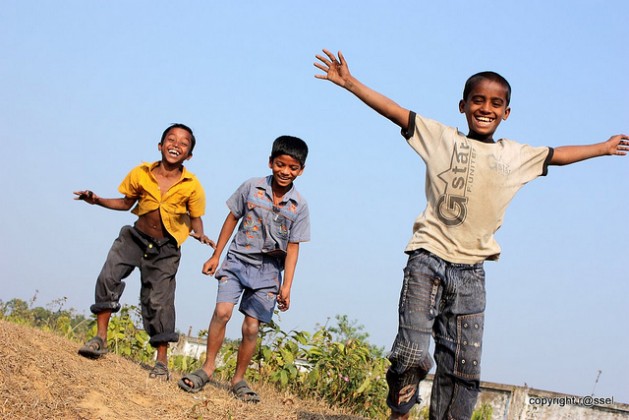 ROME, Mar 20 2017 (IPS) - Previous indications of national prosperity have focused on income, poverty, health and, above all, Gross Domestic Product, but on March 20th, World Happiness Day commemorates what is perhaps becoming the new way to measure welfare: happiness.

On this day, the 2017 World Happiness Report – the fifth to be published since the inaugural 2012 report – will be released by the United Nations General Assembly, reflecting years of research and development that began in 2015.

The 2017 report will also introduce a focus on the happiness implications of immigrants and refugees, reflecting a necessity brought on by the rising rates of migration worldwide.

In this instance, happiness was gauged by measuring a combination of GDP per capita, social support, healthy life expectancy, freedom to make life choices, generosity and perceptions of corruption. But as Former Finnish Prime Minister Alexander Stubb recently pointed out in an article published in Blue Wings, “it’s difficult to measure the happiness of a nation or what a country should do in order to boost it. The feeling of happiness is personal and by definition subjective.”

Governments, Stubbs noted, “do not create individual happiness, but they can focus on at least five things that create the right conditions for individuals to thrive: security, health care, education, equality and infrastructure.”

In the 2016 World Happiness Report, Earth Institute Director Jeffrey D. Sachs compared progress towards the SDGs, national competitiveness and economic freedom in a regression chart, finding that though the former two accounted for high levels of positive increase in a country’s happiness, the latter had increasingly less.

“Economic freedom per se does not seem to explain much, if anything, about cross-country happiness after controlling for national competitiveness and progress towards the SDGs,” Sachs said.

Happiness is a particularly relevant concept considering the spike of mental health awareness among high school and college-aged persons. Talking openly about depression, anxiety and general well-being has become increasingly important to young people, and has begun to be considered as vital to assessing one’s life as income, health and other classic gauges of prosperity. In other words, it is no longer enough to simply be in good health and have a well-paying job; in order to have a ‘good’ life, one must feel fulfilled and satisfied in their daily lives. One must be happy.