ABU DHABI, UAE, May 25 2017 (IPS) - Is the presence of the fossil fuel industry necessary in global climate change negotiations, or does their presence in these talks represent a conflict of interest and undermine global progress? 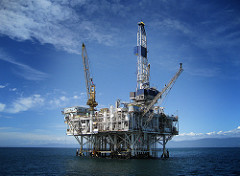 The push from developing countries to force fossil fuel lobbyists taking part in UN climate talks to declare conflicts of interest won one significant battle during an agreement made at COP23’s preliminary session earlier this month in Bonn, Germany.

A recent report by the US-based non-profit Corporate Accountability International (CAI) revealed that fossil fuel representatives are extensively represented in the associations that participate in UN climate talks.

While companies cannot participate in the talks themselves, membership-based business and industry non-government associations (BINGOs) can and they have been using backhanded tactics to stop key climate policies in their tracks, says the report.

Policies under the UN framework convention on climate change (UNFCCC) allow organizations with ‘observer status’, which include the likes of the National Mining Association, FuelsEurope, the World Coal Association, and the Business Council of Australia (of which members include Shell, ExxonMobil, and BP), to sit in meetings where delegates discuss policy options to avert climate disasters.

These organizations represent corporations with hefty track records of climate change denial and a portfolio that includes decades of profiting at the expense of the planet.

The UNFCCC’s Paris Agreement has locked in a crucial commitment to keep global temperature warming to “well below two °Celsius”, but also to “pursue efforts” to limit warming to 1.5 °C by 2018
“A transparent and clearly defined policy is essential if we are to truly protect the spirit and the goals of the Paris Agreement and if we are to have a fighting chance of limiting climate change to under 2° Celsius,” writes Mrinalini Shine, Environmental Law Researcher at the University of Cologne, Germany.

Many developing nations – collectively representing nearly 70 percent of the world’s population – have been fighting to incorporate a conflict of interest policy in the convention where such groups will be legally obliged to declare any and all conflicts.

For instance, in May 2016 at a meeting in Bonn, the Venezuelan delegate stated that UNFCCC’s Paris agreement was an ‘instrument between states’ and made a ‘moral request’ that lobbyists declare conflicts of interest.

However, these demands were met with fierce resistance from richer nations, with the US, EU, Norway, and Australia leading the battle.

During one panel discussion in Bonn this month, Norway’s delegate stated that excluding companies based on their interests would be ‘counterproductive’ while Australia’s delegation head said that the private sector was a key part of financing the transition to a low-carbon economy.

“Some of the companies being alluded to as the polluters of policy will be the providers of the biggest and best solutions,” said Australia’s delegate. “And you could look at some of the statements coming out of ExxonMobil and Shell recently to underline that point.”

An investigation conducted in 2015 by Inside Climate News, a non-profit environmental news organization, exposed that ExxonMobil knew of climate change from as early as 1981 but only to spend millions of dollars in the years that followed to promote climate denial.

CIA’s report, in addition, revealed that the US Chamber of Commerce has been receiving millions of dollars from ExxonMobil for ‘public information campaigns’. To top it off, the Trump administration in the US, in its full-scale attack on the US environmental policy that includes dismantling the Clean Power Plan, also recently installed Exxon Mobil’s former CEO, Rex Tillerson, as secretary of state.

“With so many arsonists in the fire department, it’s no wonder we’ve failed to put the fire out,” said Tamar Lawrence-Samuels, CAI’s international policy director, in a statement.

This, however, does not imply that there is no role at all for the fossil fuels industry to play in slowing global warming, states CAI’s report.

The report elaborated that the industry must transform its business practices to align with the commitments made by the global community to rein in the crisis, embrace the solutions created by the scientific community to minimize further devastation, and strive to meet global social and economic progress.

UNFCCC’s newly negotiated agreement commits to enhancing ‘openness, transparency and inclusiveness’ and calls for stakeholders – any person or group affected by climate change or policy to submitt their views on how that could be achieved.

“As a global community, we have an unprecedented opportunity to solve the climate crisis head-on at the precise moment when everything people, justice, and the planet hangs in the balance,” said a sppokesperson for CAI in a statement.

Activists, pressure groups, and even government bodies from developing countries that are now actively seeking justice for the planet and its people must keep pushing towards the solutions the convention has agreed to seek.

The convention is accepting suggestions on how to address the issue from member nations, and aims to take them up next year.