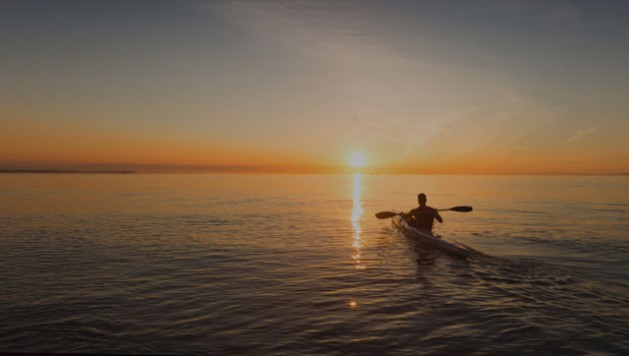 ROME, Jun 5 2017 (IPS) - Now that president Donald Trump has announced the withdrawal of the world’s largest polluter in history—the United States, from the Paris Accord, perhaps one of the most specific warnings is what a United Nations independent expert on rights and the environment has just said: “We should be fully aware that we cannot enjoy our basic human rights without a healthy environment.”

Speaking in Geneva ahead of the World Environment Day on Monday 5 June, the UN Special Rapporteur on Human Rights and the Environment, John H. Knox, said “We should all be alarmed at the accelerating loss of biodiversity on which healthy ecosystems depend.”

We depend on healthy natural ecosystems for so much – nutrition, shelter, clothing, the very water we drink and the air we breathe, Knox reminded. “And yet, natural forest area continues to decline, marine ecosystems are increasingly under siege, and estimated populations of vertebrate animals have declined by more than half since 1970.”

Many scientists fear that we are at the outset of the sixth global extinction of species around the world, the first in over 60 million years, noted this professor of international law at Wake Forest University in the United State.

“States have reached agreements to combat the causes of biodiversity loss, which include habitat destruction, over-exploitation, poaching, pollution and climate change, Knox recalled, “But the same States are woefully failing to meet their commitments to reverse these disturbing trends.”.

He also reminded that nearly one third of natural and mixed World Heritage sites reportedly suffer from illegal poaching, logging and fishing, which have driven endangered species to the brink of extinction and threatened the livelihoods and well-being of communities who depend on them.

“The extinction of species and the loss of microbial diversity undermines our rights to life and health by destroying potential sources for new medicines and weakening human immunity. Reduced variety, yield and security of fisheries and agriculture endangers our right to food. Nature’s weakened ability to filter, regulate and store water threatens the right of access to clean and safe water.”

The UN independent expert strongly emphasised that biodiversity and human rights are “interlinked and interdependent,” and States have obligations to protect both.

World must urgently up action to cut a further 25 [er cent from predicted 2030 emissions—UNEP. Cerdit: UNEP

No Biodiversity, No Food Security, No Nutrition

For its part, the UN leading agency in the fields of food and agriculture underlines that biodiversity is “essential” for food security and nutrition.

Thousands of interconnected species make up a vital web of biodiversity within the ecosystems upon which global food production depends, says the UN Food and Agriculture Organization (FAO).

With the erosion of biodiversity, it warns, humankind loses the potential to adapt ecosystems to new challenges such as population growth and climate change. Achieving food security for all is intrinsically linked to the maintenance of biodiversity.

On this, the UN agency provides some key facts.

Meantime, over 80 per cent of the human diet is provided by plants. And only five cereal crops provide 60 per cent of energy intake

In parallel, a major UN convention has been focusing on land, “which is finite in quantity.” Competing demands for its goods and services are increasing pressures on land resources in virtually every country, warns the UN Convention to Combat Desertification (UNCCD).

A changing climate, population growth, and economic globalisation are driving land use change and poor land management practices at all scales, it explains, adding that for the most part, these changes and practices will continue to degrade the “real” current and future value of our land resources, including soil, water and biodiversity.

“Now is the time to recognise the biophysical limits to land productivity and the need to restore multi-functionality in both our natural and production landscapes. Evidence strongly suggests the need to act in the short term to avoid potentially irreversible negative outcomes in the medium to long term.”

On this, the Bonn-based Convention secretariat informs that its Global Land Outlook (GLO) presents a strategic vision to transform the way we think about, value, use and manage our land resources while planning for a more resilient and sustainable future.

“It is a strategic communications platform and publication that demonstrates the central importance of land quality to human well-being, assesses current trends in land conversion, degradation and loss, identifies the driving factors and analyses the impacts, provides scenarios for future challenges and opportunities.”

Bringing together a diverse group of international experts and partners, UNCCD informs that GLO addresses the future challenges for the management and restoration of land resources in the context of sustainable development, including: food, water and energy security; climate change and biodiversity conservation; urban, peri-urban and infrastructure development; Land tenure, governance and gender; and migration, conflict and human security. 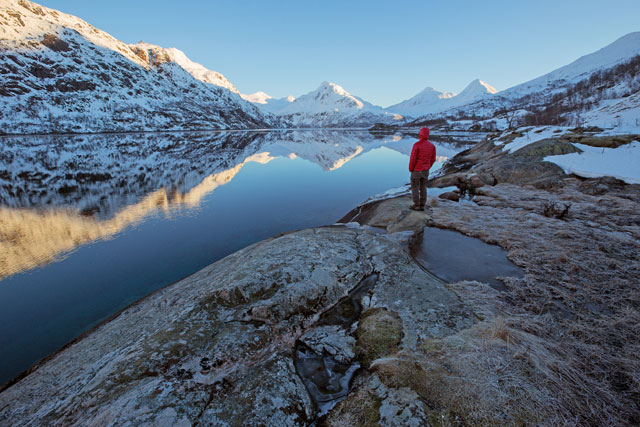 Connecting with nature makes us guardians of our planet. For Erik Solheim, Head of UN Environment, closeness to nature helps us see the need to protect it. Credit: UNEP

“The loss in both the quality and quantity of healthy and productive land resources is an immediate global concern, especially in developing countries and those with a high proportion of fragile and vulnerable dry lands.”

These are some of the key reasons why ‘Connecting People to Nature’ –the theme of World Environment Day 2017– highlights the vast benefits, from food security and improved health to water supply and climatic stability, that natural systems and clean environments provide to humanity.

But there are more reasons.

Many studies show that time spent in green spaces counters mental health problems such as stress and depression. Affecting 350 million people, depression is the leading cause of disability worldwide, the United Nations informs.

For instance, in Japan, the health benefits of forests have prompted some local governments to promote ‘forest therapy.’ Research shows time in the woods can boost the immune system, including against cancer, according to the UN.

“Urban green space is a key weapon in the fight against obesity: an estimated 3.2 million premature deaths in 2012 can be attributed to lack of physical activity.”

Otherwise, the world body reminds that the use of plants in traditional medicine dates back to the beginning of human civilisation and that herbal medicine has clearly recognisable therapeutic effects and plays an important role in primary health care in many developing countries. Common painkillers and anti-malarial treatments as well as drugs used to treat cancer; heart conditions and high blood pressure are derived from plants.

Still need more reasons to connect –or rather re-connect—with Nature?