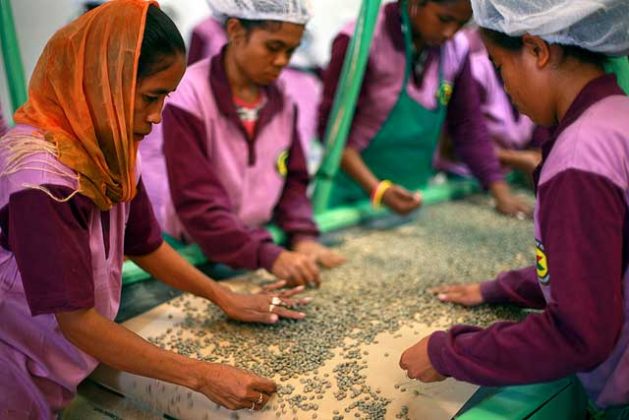 ROME, Jul 3 2017 (IPS) - The top 300 cooperatives alone generate 2.5 trillion dollars in annual turnover, more than the Gross Domestic Product (GDP) of France, according to the UN Department of Economic and Social Affairs (UNDESA).

Cooperatives help to build inclusive economies and societies, and can help to eliminate poverty and reach the other Sustainable Development Goals (SDGs), the head of the United Nations labour agency on 1 July said, marking the International Day of Cooperatives.

“Let us draw on the strengths of cooperatives as we pool efforts to implement the 2030 Agenda and make sure that no one is left behind,” the Director General of the International Labour Organization (ILO) Guy Ryder said, referencing the 2030 Agenda for Sustainable Development which includes the SDGs.

Decent work is a fundamental mechanism for inclusion and social justice, Ryder said, noting that decent work is embedded in the SDGs.

“It means being particularly attentive to the situation of working women and men who are at risk of exclusion and poverty, including persons with disabilities, indigenous peoples, migrants and refugees,” he said, highlighting this year’s theme for the Day, which is to ensure that no one is left behind.

Cooperatives allow people to create their own economic opportunities through the power of the collective, the UN has said, but there are still more areas where cooperatives’ potential can be explored.

Ryder noted that cooperatives could play a powerful role in efforts to eliminate child labour, forced labour and discrimination at work.

“Addressing the multi-dimensional challenges of inclusion will require cooperation and partnership,” he said.

The 2017 International Day of Cooperatives focused on ‘inclusion’ under the theme ‘Co-operatives ensure no one is left behind’, which complements the priority theme of the 2017 High-level Political Forum for Sustainable Development: ‘Eradicating poverty and promoting prosperity in a changing world’. 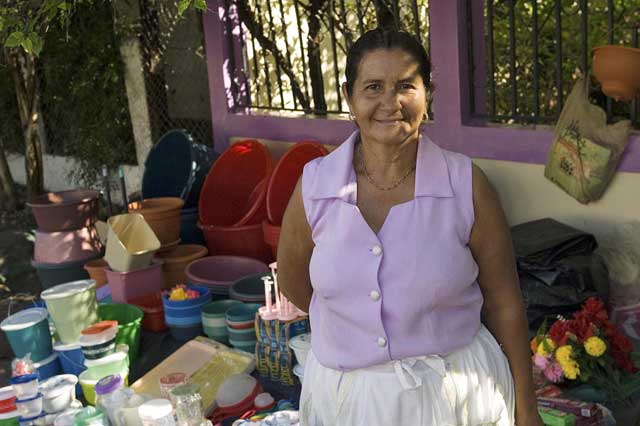 A woman in Valle, Honduras, sets up a street storefront to sell household items. She has built her business with the help of microcredit funds. Credit: UN Photo/Mark Garten

The Committee for the Promotion and Advancement of Cooperatives (COPAC) – whose membership includes ILO, UNDESA and the UN Food and Agricultural Organization (FAO) – is scheduled to host the observance of the 2017 International Day of Cooperatives during the High-level Political Forum, to be held from 10-19 July in New York.

This year’s theme for the Forum is “eradicating poverty and promoting prosperity in a changing world.”

The Most Powerful Job Creators

Few weeks earlier, a United Nations high official said that by leveraging their ingenuity and creativity to harness new market opportunities, micro-, small and medium-sized enterprises can lead the way towards achieving the 2030 Agenda for Sustainable Development.

“That is why these enterprises are at the heart of the United Nations Global Compact, the world’s largest corporate sustainability initiative,” said the UN Secretary-General’s Chef de Cabinet, Maria Luiza Ribeiro Viotti. The Compact involves over 9,000 companies from 162 countries committed to doing business responsibly and advancing the SDGs.

“These enterprises are among the world’s most powerful job creators, drivers of productivity, and agents of growth globally. We simply cannot achieve the Sustainable Development Goals (SDGs) without the support and leadership from such enterprises worldwide,” she on 11 May said in a statement during a high-level meeting on the issue.

By designating 27 June as the annual Micro-, Small and Medium-sized Enterprises Day, the UN General Assembly recognised the importance of these enterprises in achieving the SDGs – especially by promoting innovation, creativity and decent work for all (SDG 8), she continued.

Her remarks were a part of the first-ever Small Business Knowledge Summit held at UN Headquarters in New York, co-organised by Permanent Mission of Argentina to the United Nations, the International Council for Small Business and the UN Office for Partnerships (UNOPS).

“Micro-, small and medium-sized enterprises are powerful partners. They can have tremendous impact in embedding responsible business practices and sustainability in today’s complex global value chains,” she said adding: “Their power and potential to help us achieve the 2030 Agenda is very clear.”

At the same time, Ribeiro Viotti called for broader cooperation to foster greater economic development and tackle the challenges faced by these enterprises.

This includes partnerships for capacity building, integrating these enterprises into the formal economy, and ensuring greater access to financial services, microfinance and credit.