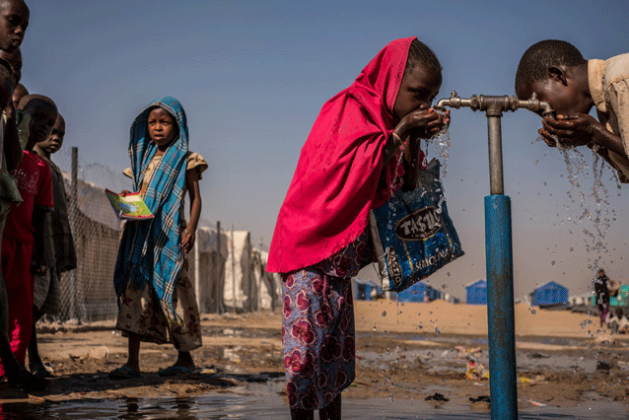 Hunger and under nutrition are significantly worse where conflicts are prolonged and institutional capacities weak, on 15 September warned the first-ever UN report measuring progress on meeting new international goals pegged to eradicating hunger and malnutrition by 2030. “After steadily declining for over a decade, global hunger is on the rise again, affecting 815 million people in 2016, or 11 per cent of the global population, says a new edition of the annual report on world food security and nutrition.”

At the same time, multiple forms of malnutrition are threatening the health of millions worldwide, it adds.

“The increase – 38 million more people than the previous year – is largely due to the proliferation of violent conflicts and climate-related shocks, according to the study.”

Addressing food insecurity and malnutrition in conflict-affected situations cannot be “business as usual,” alerts the new edition of The State of Food Security and Nutrition in the World 2017, Building Resilience for Peace and Food Security.

It requires a conflict-sensitive approach that aligns actions for immediate humanitarian assistance, long-term development and sustaining peace, says this year’s report, which has been elaborated by the Food and Agriculture Organization of the United Nations (FAO); the International Fund for Agricultural Development (IFAD), and the UN World Food Program (WFP), along with the United Nations Children’s Emergency Fund (UNICEF) and the World Health Organization (WHO).

• Overall number of hungry people in the world: 815 million, including:
o In Asia: 520 million
o In Africa: 243 million
o In Latin America and the Caribbean: 42 million

Malnutrition in all its forms

• Number of children under 5 years of age who suffer from stunted growth (height too low for their age): 155 million.
o Number of those living in countries affected by varying levels of conflict, ranging from South Sudan to India: 122 million

• Children under 5 affected by wasting (weight too low given their height): 52 million

• Children under 5 who are overweight: 41 million

• Number of women of reproductive age affected by anaemia: 613 million (around 33% of the total)

The impact of conflict

• Number of the 815 million hungry people on the planet who live in countries affected by conflict: 489 million

• The prevalence of hunger in countries affected by conflict is 1.4 - 4.4 percentage points higher than in other countries

• In conflict settings compounded by conditions of institutional and environmental fragility, the prevalence is 11 and 18 percentage points higher

• People living in countries affected by protracted crises are nearly 2.5 times more likely to be undernourished than people elsewhere

SOURCE: The State of Food Security and Nutrition in the World 2017

The consequences are striking—around 155 million children aged under five are stunted (too short for their age), the report says, while 52 million suffer from wasting, meaning their weight is too low for their height.

Meantime, an estimated 41 million children are now overweight. Anaemia among women and adult obesity are also cause for concern. These trends are a consequence not only of conflict and climate change but also of sweeping changes in dietary habits and economic slowdowns.

The report is the first UN global assessment on food security and nutrition to be released following the adoption of the 2030 Agenda for Sustainable Development, which aims to end hunger and all forms of malnutrition by 2030 as a top international policy priority.

It singles out conflict – increasingly compounded by climate change – as one of the key drivers behind the resurgence of hunger and many forms of malnutrition.

And it sends a clear warning signal that the ambition of a world without hunger and malnutrition by 2030 will be challenging – achieving it will require renewed efforts through new ways of working.

The joint report provides estimates of the number and proportion of hungry people on the planet and includes data for the global, regional, and national levels, while offering a significant update on the shifting global milieu that is today affecting people’s food security and nutrition, in all corners of the globe.

Among other key findings, it reveals that in 2016 the number of chronically undernourished people in the world is estimated to have increased to 815 million, up from 777 million in 2015 although still down from about 900 million in 2000.

After a prolonged decline, this recent increase could signal a reversal of trends.

“The food security situation has worsened in particular in parts of sub-Saharan Africa, South-Eastern Asia and Western Asia, and deteriorations have been observed most notably in situations of conflict and conflict combined with droughts or floods.”

The apparent halt to declining hunger numbers is not yet reflected in the prevalence of child stunting, which continues to fall, though the pace of improvement is slower in some regions, the report warns.

Globally, the prevalence of stunting fell from 29.5 per cent to 22.9 percent between 2005 and 2016, although 155 million children under five years of age across the world still suffer from stunted growth.

According to the report, wasting affected one in twelve of all children under five years of age in 2016, more than half of whom (27.6 million) live in Southern Asia.

Levels of child stunting are still unacceptably high in some regions, and if current trends continue, the SDG target on reducing child stunting by 2030 will not be reached, according to the report. 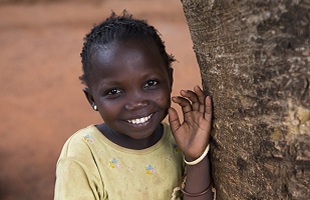 “While underlining that the failure to reduce world hunger is closely associated with the increase in conflict and violence in several parts of the world, the report attempts to provide a clearer understanding of the nexus between conflict and food security and nutrition, and to demonstrate why efforts at fighting hunger must go hand-in-hand with those to sustain peace.”

Famine struck in parts of South Sudan for several months in early 2017, and there is a high risk that it could reoccur there as well as appear in other conflict-affected places, namely northeast Nigeria, Somalia and Yemen, they reminded.

Some of the highest proportions of food-insecure and malnourished children are found in countries affected by conflict, a situation that is even more alarming in countries characterised by prolonged conflicts and fragile institutions. 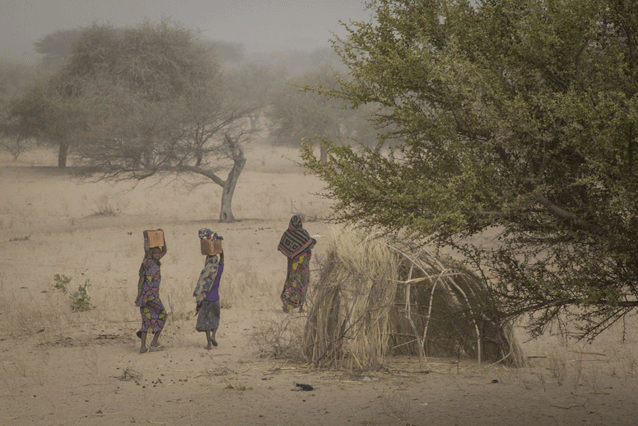 At the site for internally displaced persons in Mellia, Chad. Credit: OCHA/Ivo Brandau

“This has set off alarm bells we cannot afford to ignore: we will not end hunger and all forms of malnutrition by 2030 unless we address all the factors that undermine food security and nutrition,” the chiefs of the five UN agencies participating in the elaboration of the report have stated.

The five UN agencies heads also reaffirmed their determination and commitment now more than ever to step up concerted action to fulfil the ambitions of the 2030 Agenda and achieve a world free from hunger, malnutrition and poverty.

“Ending hunger and all forms of malnutrition is an ambitious goal, but it is one we strongly believe can be reached if we strengthen our common efforts and work to tackle the underlying causes that leave so many people food-insecure, jeopardizing their lives, futures, and the futures of their societies.”

In response to a question raised by IPS at a press conference held this morning to launch the report at FAO headquarters, the FAO DG da Silva emphasized that to reverse the adverse trend in the number of undernourished people, ‘we are all working together, especially in countries affected by conflict and climate change, and continuing our focus on emergencies and humanitarian issues. There are new tools available now, such as cash vouchers and food for work. Although lives were lost, we were able to pull South Sudan out of famine in three months and Somalia in six months. There is no illusion that all protracted crisis can be solved immediately’.

IFAD President Gilbert Houngbo said that ‘We should not wait for conflicts to be over. Long term investment is core to the solution, not only as seen from an agriculture perspective, but there are also issues of governance. Agriculture investment must also be combined with investment in technology and fighting food losses and creating access to markets’