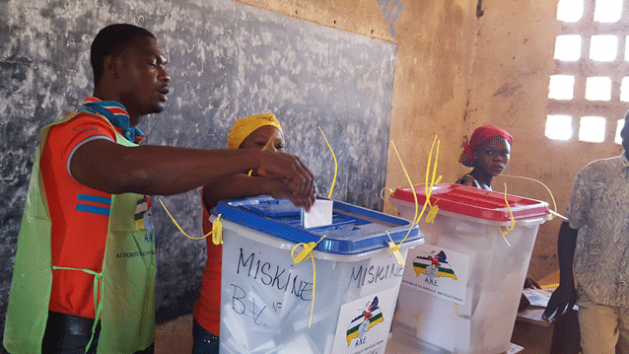 While the means to promote participation have diversified rapidly, in particular through the use of new technologies and social media, elections are, and will likely remain, the definitive mechanism by which most governments derive legitimacy through popular vote.

As part of its responsibility to respond to national requests for enhanced governance capacity, UNDP has provided support to elections and referenda in over 100 Member States since the early 1990s. Our efforts have focused on developing the capacity of national electoral management bodies; promoting the political participation of those most at risk of being left behind; empowering women as electoral administrators, voters and candidates; promoting electoral dialogue between competing political parties; and supporting civic education for a more informed electorate.

UNDP’s work in support of political and electoral processes is done in close partnership with other entities in the UN system. Noting the inherently political nature of elections as contests between those seeking authority to govern, UNDP works closely with and under the guidance of the Under-Secretary-General for Political Affairs, in his capacity as UN Electoral Focal Point, nominated as such by the General Assembly in 1991.

In that capacity, the Focal Point is responsible for establishing the parameters for UN engagement in a Member State’s national elections, in response to either a national request for assistance or a mandate from the Security Council or General Assembly to assist in post-conflict elections.

Every two years, the Secretary-General (SG) reports to the General Assembly on the UN’s work in support of democratic elections, showcasing the breadth and complexity of UN electoral activities around the globe. The 2017 Report was published on August 1, 2017.

Among the many activities undertaken by the UN, it highlights the support that UNDP provides to the UN’s peacekeeping and special political mission efforts in post-conflict elections, as well as UNDP’s work as “the major implementing body of the Organization for support to developing electoral institutions, to building partnerships, legal frameworks and processes and for support to elections in non-mission settings.” In the 2015-2017 period covered by the report, UNDP provided such support to 63 Member States.

Each of the SG’s biennial reports on the UN’s electoral work also addresses specific thematic issues that have proven topical during the reporting period. This year’s report addresses violence surrounding electoral process and suggests strategies that Member States can adopt for the prevention of such violence.

These include, for example, measures to dilute “winner takes all” politics in elections, changes to electoral systems that promote greater inclusivity for the entire spectrum of national political opinions, and promoting dialogue between those competing for political power and the national electoral authorities acting as the guarantors of peaceful and legitimate elections.

Examples of exactly how successful these initiatives can be, were evident in high-stakes presidential elections in countries such as Burkina Faso and Nigeria in 2015, where DPA and UNDP came together to work with national counterparts and electoral contestants at diffusing political tensions in the pre-electoral environment.

In the case of Burkina Faso, the “timely engagement of institutions at the international, regional and sub-regional level was instrumental in encouraging progress and providing the diplomatic, technical and financial support required to restore stability and prepare for the 2015 legislative and presidential elections.” Cote d’Ivoire is a good example of effective capacity development of national electoral institutions.

“The extensive electoral support provided to the Independent Electoral Commission of Côte d’Ivoire since 2005 by UNDP and UNOCI has been gradually scaled down with the Commission fully assuming its role and independently organizing the 2016 (Constitutional Referendum and legislative) elections which were conducted peacefully within the constitutionally established time frames…The subsequent closure and withdrawal of UNOCI by the end of June 2017 attest to the good progress of the political transition in Côte d’Ivoire.”

This year’s report of the Secretary General also addresses thorny issues such as the challenges presented by election boycotts, and the elimination of presidential term limits. There are currently no international standards or commitments that Member States have made to introducing or retaining term limits in their national legislation; this remains an issue of national sovereignty.

The SG’s 2017 report however notes on this subject that term limits “can be important safeguards against “winner-take-all” politics,” and, crucially, that “the manner in which related amendments are sought can be critical factors affecting public confidence” in the electoral process.

A novel but very important topic also addressed in the report is the advent of technological developments that can enhance the inclusiveness of political processes; in this regard the report notes in particular “the additional credibility to an electoral process that expanding voting rights to citizens based abroad can bring.”

The report is very positive about the contribution that we, as the UN, make together to the promotion of democratic values, institutions and processes. UNDP is proud to remain a key partner, with the Department of Political Affairs, in supporting Member States’ efforts to ensure the integrity and freedom of inclusive and peaceful electoral processes globally.