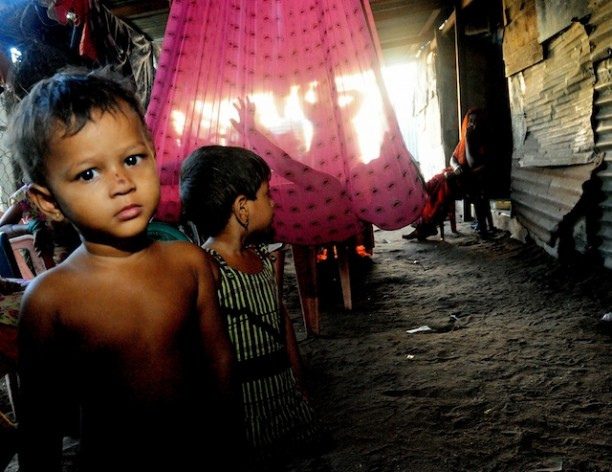 UNITED NATIONS, Nov 2 2017 (IPS) - This year in the Caribbean and on the American mainland, hurricanes have left millions of people in need of assistance.

The Secretary General recently travelled to Antigua and Barbuda and Dominica to show solidarity and see for himself the damage. In Puerto Rico, 3.4 million people have been scrambling for basic necessities, including food and water. Barbuda was rendered uninhabitable and Dominica was hit hard for the second year in a row.

Across the globe, floods in Bangladesh, India and Nepal have affected some 40 million people.
Twenty countries have also declared drought emergencies in the past 18 months, with major displacement taking place across the Horn of Africa.

In light of such impacts, and the growing influence of climate change which is increasingly exacerbating them, one conclusion is clear: sustainable development and the achievement of the SDGs will remain elusive or significantly delayed so long as hazards are left unchecked.

It is difficult to maintain social and economic progress if development gains are so regularly and profoundly wiped out. Clearly, more must be done.

We need to build a new generation of infrastructure that is risk-informed, and that in turn underpins resilient economies, communities and livelihoods. We must also rebuild differently, and better.

This is not a new suggestion. For years, the international community has called for the need to invest in disaster risk reduction.

As outlined in the Sendai Framework for Disaster Risk Reduction, we need to shift from managing disasters to preventing disasters by better managing existing risks.

This means tackling risk drivers such as poverty, rapid urbanization, weak governance, the decline of ecosystems, desertification and climate change. These are all driving up disaster risk around the world.

It also means investing appropriately in structural and non-structural measures to prevent and prepare for worst case scenarios. In this area, we have seen some success.

Thanks to the efforts of Member States, supported by the UN and other development partners, there has been a decline in mortality in relation to most natural hazards in recent years, particularly storms and floods.

In places where strong building codes are observed there has been a decline in mortality from earthquakes. Most countries make efforts to educate and inform children about disaster risk.

One major life-saving measure to emerge from the devastating 2004 Indian Ocean tsunami was the region’s Tsunami Warning System. This now provides alerts through three regional watch centres in India, Indonesia and Australia, and a network of 26 national tsunami information centres.

It is an efficient system, which disseminated early warnings within eight minutes of the Banda Aceh earthquake in 2012. There are also now tsunami early warning systems in place for the Caribbean and the North East Atlantic, Mediterranean and connecting seas to match the system that has long been available in the Pacific.

As we celebrate this progress, it is also important to remember that warnings are not always enough. The Sendai Framework reminds us that a key element in reducing the number of people affected must be education and information.

We must ensure that people are well-informed and well prepared to take the necessary action.
For that reason, I welcome the work of the UN undertaken with support from Japan, to boost tsunami awareness throughout the Asia-Pacific region.

By working with local officials across 18-countries, in particular with school children, the programme is helping to increase knowledge of risks, to prepare evacuation plans, and to hold tsunami drills.

Together, this is leading to concrete and practical results that will undoubtedly help save lives. As we look ahead, it is important that we build on the work undertaken by governments, the UN and partners to boost awareness of tsunami and other risks.

Increased access to information and the ability to anticipate and absorb risk must become the norm, not the exception. The UN system is committed to deliver on this task.

Let us reflect on the lessons that have brought us here today and the impacts that have been so deeply felt by some of the world’s most vulnerable people. Let us recognize progress, and commit ourselves to investing the resources needed to protect people and development gains.