Zack Baddorf is an All Survivors Project Researcher 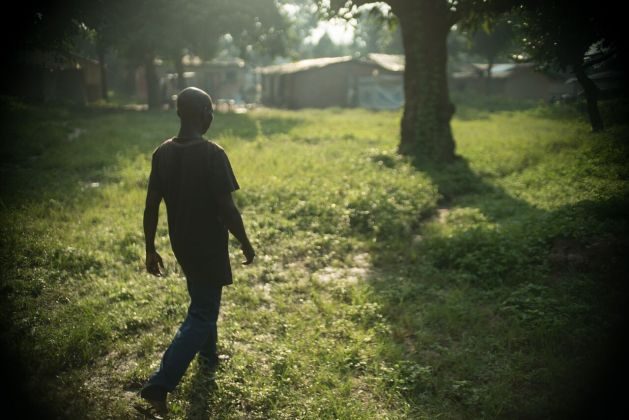 BANGUI, Mar 14 2018 (IPS) - In the Central African Republic, 45-year-old “Theodore” was captured by an armed group in February 2017 during an attack on his village of Mingala in the country’s southeast. He was taken with 21 other men to a nearby ad hoc rebel military base and locked up in a house-turned-prison guarded by six armed men.

The guards attacked him and the others, beating them relentlessly.

“I was first abused and beaten and weakened,” recounted Theodore, who fishes and farms for subsistence. “After five days of detention, I no longer had strength to resist so they took advantage of my powerlessness and had sex with me like a woman.”

Theodore was anally raped more than four times over a week in detention. He said he wasn’t able to defend himself.

“When it was happening, when you are in that position, tied up and bent over with the person coming from behind, what control do you have?” he said.“I thought I was dead. Thanks to God, I survived.”

Theodore was also forced to watch other detainees being raped by their captors.

“There were many cases that happened in the same room,” he said from the safety of the capital Bangui.“So, I cannot count how many people were victims. Since there were also dead bodies, there was blood on the floor.”

The attackers on that occasion were members of the mostly-Muslim armed group Unity and Peace in Central African Republic (UPC). In 2013, Muslim militias called the Seleka took power of Central African Republic in a bloody coup. Christian militias known as the anti-Balaka fought back. Sexual violence against men and women has been committed by all parties to the conflict in CAR. The conflict left thousands dead and more than a million displaced inside and outside the country.

Violence continues today with 14 armed groups controlling roughly 60-70 percent of the countryside, according to the non-profit advocacy organization Enough Project. The result is a continuing human rights and a humanitarian crisis throughout the country. The lack of government control has created a lawless environment with little justice.

For my research, I spent about three weeks in the capital Bangui and another 10 days in the far southeast town of Obo, talking to more than 50 medical professionals, humanitarian workers, gender-based violence (GBV) experts, community leaders, and members of civil society organisations. I examined the extent and patterns of conflict-related sexual violence against men and boys in the country, while also assessing the medical, psychosocial, protection and legal humanitarian response for these male survivors.

Yet, I was able to find only four male survivors of sexual violence willing to tell me about sexual violence perpetrated against them. One humanitarian worker told me how people often “laugh like crazy” if they hear about such a case. “It’s funny for them. They can’t imagine that a man can be raped,” he said.

Indeed, Theodore had not told anyone else about his experience including his family.

“A man should not suffer this, so for me it’s taboo. So I personally did not want to share what happened,” he told me at a location in Bangui far from anyone who might recognize him.

After being released from detention in February 2017, Theodore had made his way to Bangui to seek medical care for his injuries. He went to the capital’s community hospital where he was tested for HIV, given tetanus and Hepatitis B vaccinations, and treated for an infection. However, he didn’t disclose his sexual violence to doctors, fearing being shamed.

Theodore still suffers pains throughout his body, including his chest and anus, as a result of the violence.

Medical and psychosocial care for all survivors of sexual violence is available for free, provided and funded by international non-governmental organizations like Doctors Without Borders.

However, men and women face significant challenges in accessing care and support due to lack of adequate public services, prohibitive costs, and insecurity. Additionally, care designed for male survivors is practically inexistent.

Many aid workers acknowledged to me that the lack of attention to men and boys in humanitarian programming is a weakness. Their focus is also almost exclusively on women and children.

In the small town of Obo in the country’s far southeast, with a population of about 10,000, I found some signs of steps taken to help the community address sexual violence against males.

An international provider of psychosocial support and other gender-based violence services working in Obo reported having received 121 male survivors of sexual violence in its facilities in the town between January and October 2017. Ninety-three (76 percent) were abused by members of non-state armed groups, predominantly the Lord’s Resistance Army (LRA).

Other males who have been sexually violated have managed to escape LRA capture and return home.

A neighborhood chiefin Obo told me how he had mediated the families of two men who had been sexually victimized by the LRA. He facilitated discussions between the two men and their wives, leading to increased understanding and acceptance by the women that what had happened was not the fault of their husbands and the men should not be rejected on account of it.

The neighborhood chief credited training from an NGO-run sensitization program on gender-based violence for helping him manage this mediation.

Survivors like Theodore deserve to receive the care and attention they desperately need.